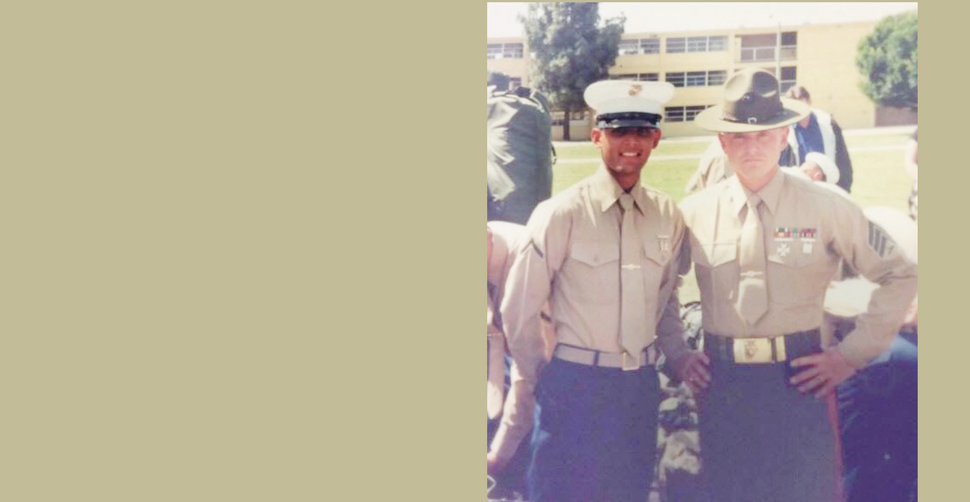 Like many Americans, Tayyib Rashid has been disturbed by the threats of anti-Semitic violence in recent weeks, particularly the vandalism of Jewish cemeteries in St. Louis and Philadelphia.

But unlike many Americans, Rashid, a Muslim veteran of the U.S. Marines, thought he could help do something about it.

“I’m a #MuslimMarine in Chicagoland area,” the former sergeant typed out on his Twitter account. “If your synagogue or Jewish cemetery needs someone to stand guard, count me in. Islam requires it.” Then, he pressed “send.”

Very quickly, the tweet went viral. So far, Rashid has received more than 13,000 likes and 5,000 retweets, and inspired similar offers from Muslims across the country. People from all over the country, both Muslims and non-Muslims, veterans and non-veterans, have reached out to him, asking how they can get involved.

“I’m not sure if there’s any category left that hasn’t been willing to stand up with me,” Rashid said. Even J.K. Rowling, author of the Harry Potter books, tweeted, “Count me in!”

What he hasn’t received is any requests from Jewish institutions to take him up on his offer of protection.

The Jewish Community Relations Council, a branch of the Jewish United Fund in Chicago, was among the individual Jews and organizations that tweeted their gratitude to Rashid:

.@MuslimMarine Thank you for standing up for the Jewish community! Now is the time for unity and compassion. #lovethyneighbor

But Jay Tcath, executive vice president of JUF, wrote in a statement to the Forward that the Jewish organizations that do use guards prefer to hire them from professional security firms. “This path provides the necessary, site-specific training as well as, when sought, certified guards that are empowered by law to carry weapons,” he explained. “And some guards are empowered to make arrests.” But he added, “Mr. Rashid’s offer is, of course, very thoughtful and most appreciated.”

Nevertheless, in an interview, Rashid made it clear that his offer stands indefinitely. “I hope there’s an opportunity to make good on my word,” he said. “I hope it doesn’t have to come to that.”

For Rashid the disquiet that inspired his tweet wasn’t abstract: the vandalism carried echoes of the religious persecution that caused his family, members of the Muslim Ahmadiyya community, to flee Pakistan when he was 10 years old.

“Ahmadis aren’t considered Muslims in Pakistan,” he explained. “There were laws passed against us. When we use verses from Koran on tombstones, we’re subject to persecution and vandalism of our graves by government officials.”

Moreover, better trained than most in military protection, Rashid swore an oath to defend his fellow Americans on entering the service and doesn’t believe his vow expired when he left the Marine Corps.

Due to their own experience of persecution, Ahmadiyya Muslims believe strongly in promoting interfaith harmony and supporting members of other religious groups under threat. But the idea of offering protection actually originated with Rashid’s brother, Qasim. A civil rights lawyer and author who lives in Washington, Qasim Rashid tweets as @MuslimIQ. Qasim’s offer of help appeared on Twitter an hour before Tayyib’s but hasn’t generated nearly as much traffic. Qasim admits that although he’s a marathoner and in pretty good physical shape, he understands why: “He’s a US Marine for God’s sake!”

This isn’t the first of Rashid’s tweets to go viral: in November 2015 after then-Presidential candidate Donald Trump said in interviews that he was considering the possibility of special security and surveillance targeting Muslims, he tweeted, “Hey, @realDonaldTrump, I’m an American Muslim and I already carry a special ID badge. Where’s yours?” The message was followed by a photo of his military ID card. Trump did not respond, but hundreds of American Muslims followed suit, tweeting photos of their ID badges from their jobs in the military and at hospitals and law firms.

The fact that Rashid, who is 40, is making such a strong stand for religious freedom is no surprise to those who know him well. “In the environment where we were raised, we were expected to do everything we needed to do to serve others,” said Qasim Rashid. “It was a very service-focused environment. It stemmed from the teaching that Muslims have two duties: to serve God and to serve humanity. We participated in I don’t know how many interfaith events with churches, synagogues, and temples.”

Their father was a missionary and imam at the mosque in west suburban Glen Ellyn, Illinois, where they grew up. As the oldest of the four children, Tayyib was expected to set an example for his siblings.

There weren’t many Muslims in Glen Ellyn in the 1980s and 90s, when Tayyib and Ahmad were growing up. At school, they endured a fair amount of teasing for being different. Instead of taking offense, though, Ahmad recalled that Tayyib saw this as an opportunity to educate other students about Islam. He would explain why they didn’t eat pork or why they fasted during Ramadan.

The Rashid siblings were raised to believe that if they were passionate about their faith, it would manifest itself in everything they did, and if they managed to achieve worldly success while maintaining their religious identity, non-Muslims would take them more seriously. “If people see your accomplishments on a secular level,” Qasim explained, “they’ll have confidence in your faith.”

Tayyib Rashid joined the Marines in 1997 and remained on active duty until 2002. He served in the reserves until 2005. He was deployed to Italy, Saudi Arabia, and Germany, where he was a work center supervisor for an Avionics tech squadron, working on MALS-14 aircraft, which are used to gather intelligence. “I did it well,” he said. “Our planes were never shot down.”

When Hurricane Katrina hit in August 2005, the brothers, who were both in college at the time, dropped everything to get into Qasim’s 1993 Nissan hatchback and drive to Louisiana. When they learned, at the end of the 19-hour drive, that additional volunteers were needed in Houston, Tayyib drove on alone for 5 more hours. (“He still brags about it,” Qasim joked.) 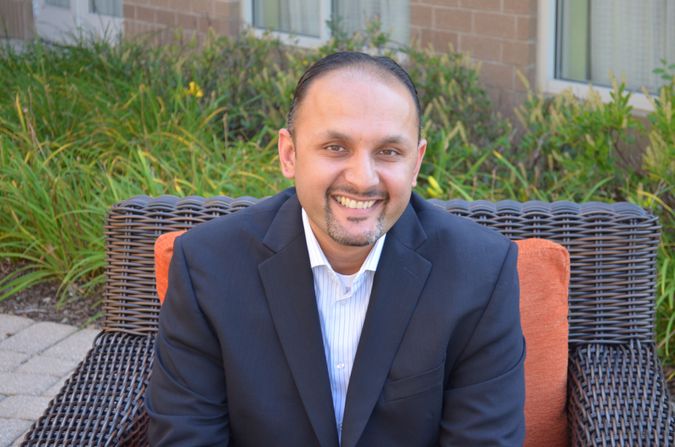 Rashid earned his MBA from the University of Illinois at Champaign-Urbana and works now as a human resources manager for Abbvie, a pharmaceutical company. But he still devotes a lot of time to promoting interfaith harmony and educating people about Islam. He and Qasim are both active in the True Islam movement. Organized primarily by Ahmadis but open to other Muslim groups, the aim of True Islam is, as the website puts it, “to wage a jihad of truth” and dispel fears and misunderstandings about Islam. The group sponsors regular Coffee, Cake and True Islam meet-ups across the country where non-Muslims can bring their questions and get to know real, actual Muslims.

In Gurnee, Illinois, the far northern suburb where Rashid now lives with his wife and three children, there is a small but growing Muslim community, which has made an effort to forge interfaith coalitions with other groups. “It’s not only going to benefit Muslim community, but also other communities,” he said. “Up here in Gurnee, we’ve been engaged with members of the Sikh and Hindu communities and are united in an effort to promote dialogue and understand and give an opportunity for people to sit down and talk with us.”

He’s also been working with members of the far north suburban Jewish community, which is small but growing. Since his family is from Pakistan, the Israel-Palestinian conflicts have never affected him personally. But he believes that both sides have legitimate grievances. He doesn’t believe the conflict should stand in the way of Jewish-Muslim solidarity.

“Palestine is a political issue,” he said. “The animosity based is on politics, not religion. Solidarity is a human rights issue. Islam requires Muslims to defend Jews and Christians.”

And that is what he plans to continue to do.

Because he’s so active on social media, he’s received a fair amount of mean tweets, though not as many as Qasim, who has written several books and many articles about True Islam and the history of the Ahmadis in Pakistan. “I let negative things roll off my back,” Tayyib said. “But it’s mostly from people I won’t be able to convince anyway. I need to focus on where I can make a difference.”