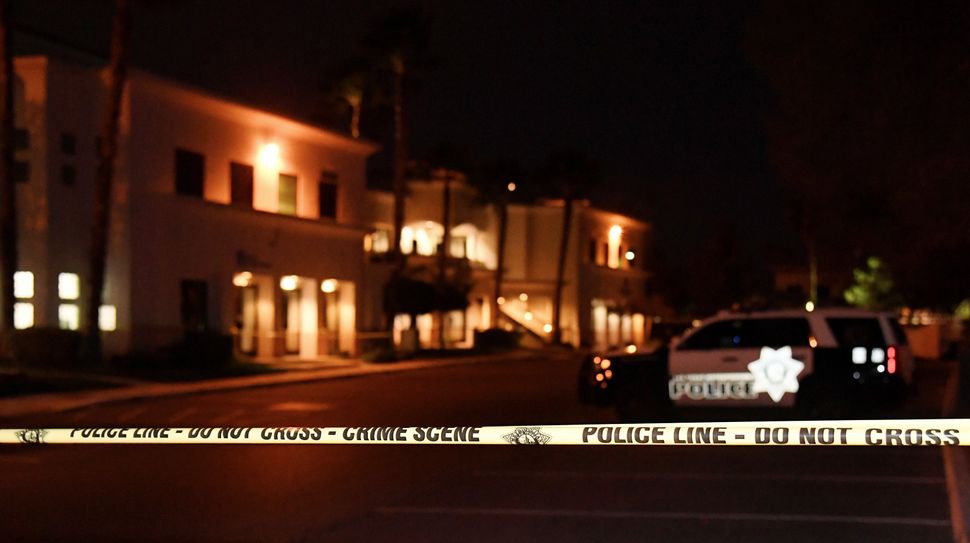 White nationalists felt vindicated Thursday morning when it was revealed that a Jew was the main suspect in more than 100 bomb threats made to Jewish community centers.

The development encouraged those who felt that President Trump was unfairly charged with emboldening anti-Semites and other bigots — and it also played neatly into the anti-Semitic depiction of Jews as duplicitous and controlling.

“David Duke (yeah, that’s me) was right, again!” former Ku Klux Klan head and Louisianan politician David Duke wrote. A sort of elder statesman in white nationalist or supremacist circles, Duke had previously promoted the idea that Jews were behind the threats.

“President Trump was blamed for ‘a wave of anti-Semitism,’” Hunter Wallace wrote on the website Altright.com. Instead, Wallace wrote, it was a “19-year-old Jew making crank calls in Israel.”

Wallace complained that Trump had been unfairly forced to address the threats. The media attention on the bomb threats, for Wallace, was just another example of “how Jewish privilege operates in the mainstream.”

“Told you the Jewish Community Center bomb threats were false flags,” wrote Mike Cernovich, a right-wing author with an on-and-off relationship with the “alt-right.”

“Almost every time it’s another Jew or ‘minority’ who perpetrates the ‘hate crime’ hoax. Treat them like hoaxes first,” @phloob wrote.

“I haven’t been wrong when I said that EVERY ‘anti-semitic’ hate hoax has been perpetrated by Jews,” @KafirSupreme wrote, adding the hashtag “#hatehoax.”

“What a surprise, another Jew false-flag,” @OhBoyWeGotOne wrote.

Others shared a popular meme of a hook-nosed Jew spray-painting a swastika on the side of a building. The meme is often accompanied with the text, “Hey rabbi… Whatcha doing?” It is taken to suggest that most acts of anti-Semitism are hoaxes manipulated by Jews.

By midmorning Duke began naming journalists and news outlets he believed owed him an apology, using the triple parenthesis known as “the echo” to indicate perceived Jewish influence.

“I’m expecting a phone call & an apology from all of you (((VERY FAKE NEWS))), anti-White, Jewish journalist who blamed this on White people,” Duke wrote.