Evangelicals Are Falling In Love With Passover — Is There Anything Wrong With That? 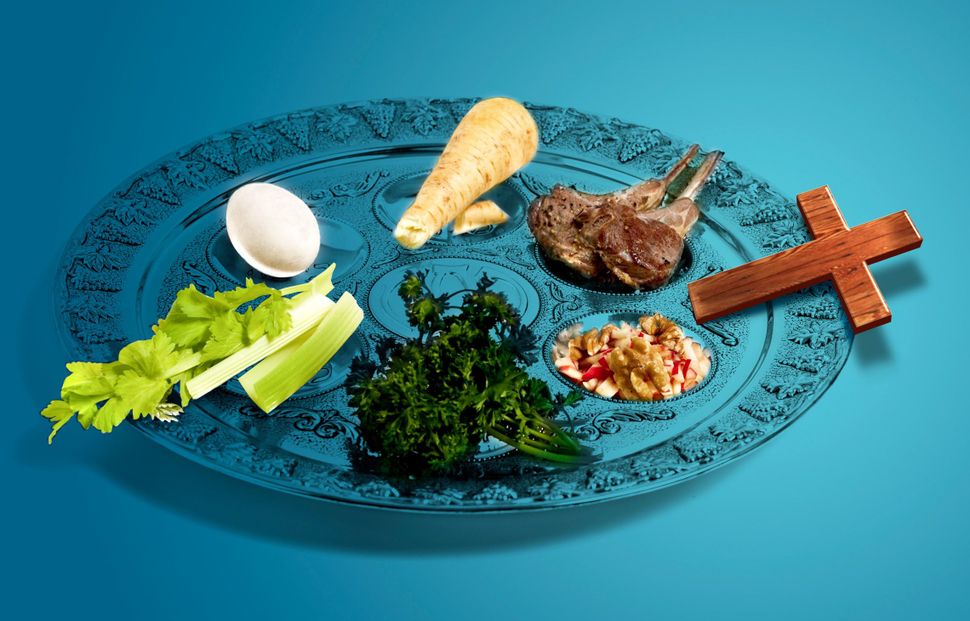 In March, Florida televangelist Paula White gave her followers a special holiday message. Not for Easter, which falls in mid-April, but for the Jewish holiday of Passover.

“We are entering into one of the most supranational and miraculous seasons,” White, who is also a spiritual adviser to President Trump, said in a special video. “The season of Passover.”

It could seem an unusual message for a Christian to deliver to her followers. Passover commemorates the biblical Exodus out of Egypt, not something most Jews associate with Christian teaching.

But in some Christian circles, the holiday has also become extremely popular. Many Christians — particularly evangelicals — are drawn to Jewish ritual out of a desire to practice the Christianity of Jesus Christ’s early followers, as they understand it.

And in this reading of the holiday, Christians also find resonant theological parallels to their belief in Jesus being the Messiah.

In the traditional Passover story, God commands the Israelites to sacrifice lambs and to spread blood on their doorways so that they may be spared God’s wrath. Christians view the sacrificial lamb as an analogy for Jesus’ death, and the Israelites’ salvation as their own as believers in Jesus.

“The lamb’s blood became their salvation or their deliverance,” White said, referring to the Israelites. “Our Passover lamb, Jesus, is for your deliverance today.” 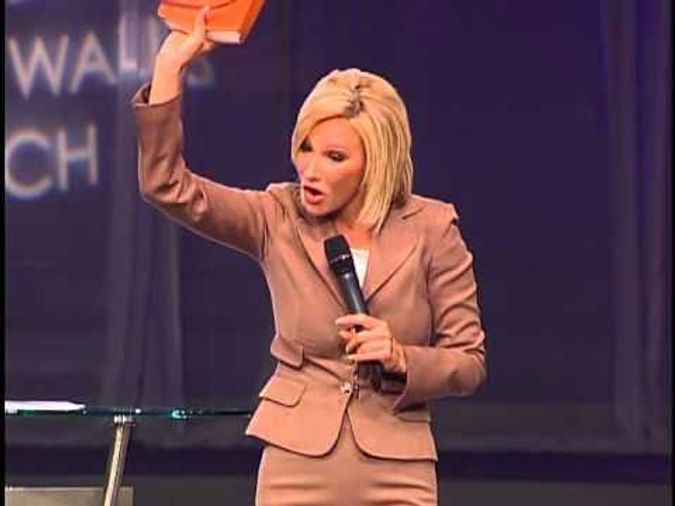 “In the Christian imagination, the Seder is not just a re-enactment of the Exodus and the salvation of the Jewish people. It is also a re-enactment of the final day of Christ as the Passover lamb,” said John Dulin, a Stanford University anthropologist who has studied evangelical use of Jewish ritual.

In many cases, Messianic Jews act as a sort of bridge, introducing Jewish rituals into evangelical circles or appearing as ambassadors of sorts. Messianic Jews believe that Jesus is the Messiah, and though seen as apostates by most mainstream Jews, Messianics still identify as Jewish.

And in evangelical circles, they’re also seen as legitimate Jewish figures, a fact that enhances their stature. 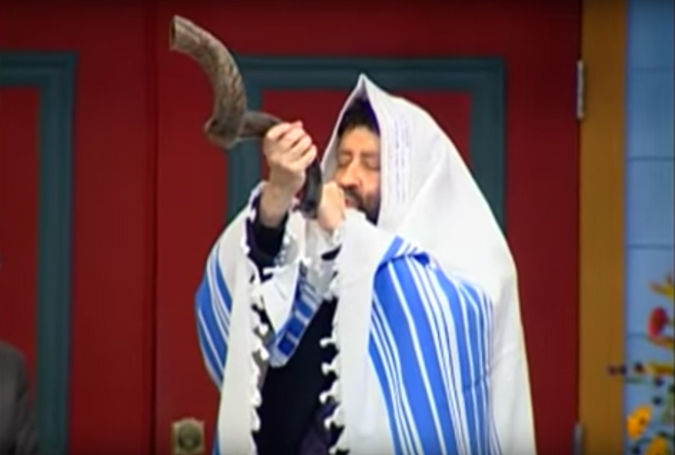 Jonathan Cahn, a Messianic teacher, leads a 2013 evangelical Passover Seder to a crowd of hundreds of Christians. Image by YouTube

For example, White hosted a controversial Messianic-styled teacher named Ralph Messer on her television program in 2009 to explain the meaning of Passover. Messer is the founder of Simchat Torah Beit Midrash, a school and congregation that teaches the “Hebrew Roots Of The Christian Faith.” He is perhaps best known for performing ceremonies during which he will wrap church leaders in a Torah Scroll.

In the segment on White’s television program, Messer offered his own explanations to White about “Passover’s meaning to Christians.”

In a separate Passover program hosted by Messer, a Christian pastor named Mark Byrne explained why he believed it was important for Christians to celebrate Passover. “I can come from a place of Easter and what this does is enhances my understanding,” Byrne said.

Messer, signaling his self-proclaimed “Jewish background,” described his conversation with Byrne as an “interfaith discussion.”

Cahn presided over the ceremony — blowing a shofar and donning a prayer shawl, neither of which Jews do at a traditional Seder — and acting as a sort of Jewish guide to the rituals. A crowd of hundreds of Christians followed along as Cahn explained why they, too, should embrace the holiday as part of their heritage. 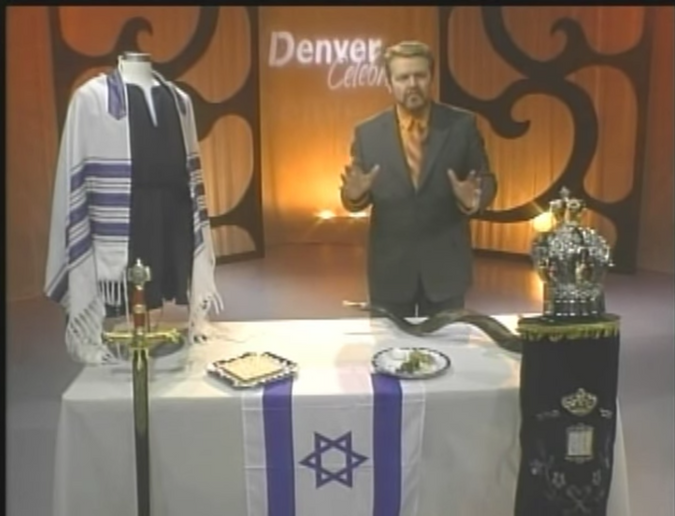 Ralph Messer, a Messianic-style teacher, gives his own Passover explanation for Christians on his television program Image by YouTube

Bakker, who sat alongside Cahn at the head of the stage, added enthusiastically: “It’s not a Jewish holiday, it is a fantastic Christian time. I mean, every detail of Jesus is in the Passover.”

Cahn sought to clarify: “It’s both. It’s Jewish and Christian, because it’s all one.” Jesus, Cahn said, “is the center of the church and Israel; really we’re supposed to be one.”

And Jews for Jesus, perhaps the best-known Messianic organization, regularly organizes Passover Seders in evangelical churches and even offers a Passover how-to guide on its website.

“As Messianics, we see ourselves as a bridge,” said Mitch Glaser, head of Chosen People Ministries, another major Messianic organization. “With anti-Semitism on the rise, we want more evangelicals to be pro-Jewish and pro-Israel. Helping evangelicals see the Jewish roots of their faith is a way to open that door.”

Christian observance of the Passover holiday has come under fire from mainstream Jews and some other Christians, too.

In a 2014 article on the website Religion Dispatches — written by a Christian and titled “Why Christians Should Not Host Their Own Passover Seders” — the author decried Christian Seders as theologically dangerous and culturally insensitive. “One of the privileges that comes with being part of the majority culture is that nobody is likely to call you out on your cultural appropriation,” the post read. “So, call yourself out. Don’t host a seder.”

Years ago, Rabbi A. James Rudin, an adviser of interreligious affairs at the American Jewish Committee, voiced the opinion of many other Jews when he denounced Christian Seders as “distorting the meaning” of the Seder by introducing Jesus into the ceremony — imposing a Christian reading onto what Rudin saw as the true Jewish narrative.

This evangelical fascination with Passover appears mainly focused on the Seder, just one part of the traditional Jewish observances of the holiday. Jews also abstain from eating any leavened foods for the eight days of Passover. For the most observant, the first and last two days of the holiday are spent in synagogue in prayer.

Some Jews, instead of simply fending off Christians as unwelcome interlopers, are embracing the interest.

Rabbi Evan Moffic, who comes from a Reform background, has penned his own guide for Christians, titled “What Every Christian Needs To Know about Passover: What It Means And Why It Matters.”

Moffic sees Christian interest as an opportunity for Christians and Jews to find common ground.

“Many Christians have a yearning, I have discovered, to get closer to God by discovering the Jewish roots of Jesus and Christianity,” Moffic wrote in the introduction to his book. “I have seen the way Jewish wisdom can bring Christians closer to their faith.”

Evangelicals Are Falling In Love With Passover — Is There Anything Wrong With That?