A ‘Jewish Coup’? That’s How ‘Alt-Right’ Explains Away Trump Flip-Flops And Bombings 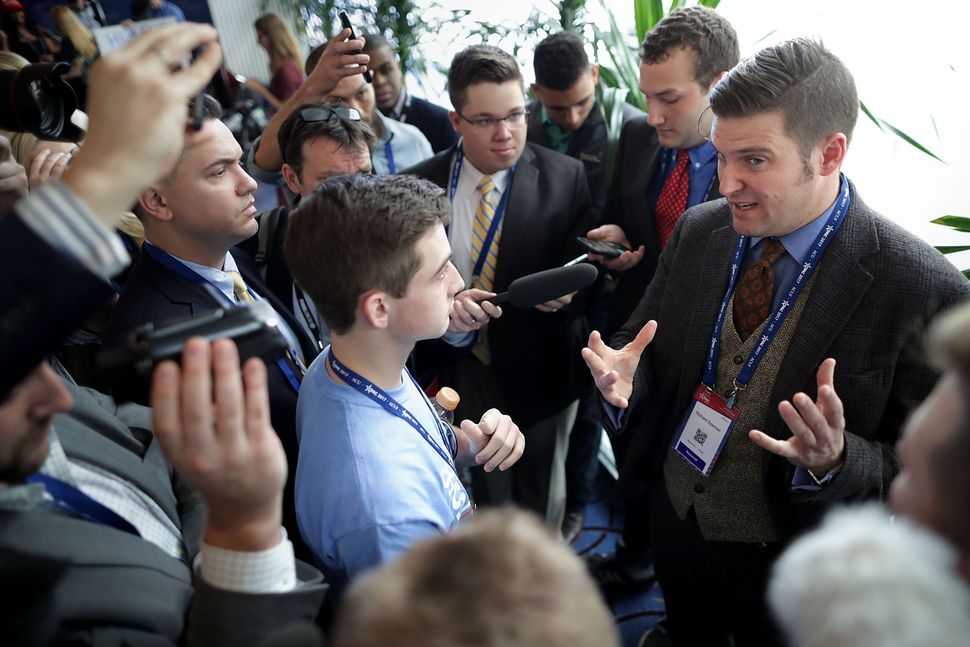 President Trump’s Thursday bombing of Afghanistan, just a week after an airstrike on Syria, is again challenging his “alt-right” and white nationalist fans.

Some of the far right-wingers see the moves as evidence of a full “Jewish coup” sweeping the White House — and are even portraying Trump himself as a sort of victim.

“All around him are these Jewish extremists like Kushner,” David Duke said, referring to Jared Kushner, Trump’s son-in-law. Duke is a former Ku Klux Klan head and a sort of elder statesman for white nationalists. “Trump might not even know half the things they do.”

Duke, who has been an avid Trump supporter, urged the president to fend off this “Jewish coup,” which Duke saw as leading the country to war, but he stopped just short of fully condemning Trump.

“If we totally abandon Trump, say he has to get impeached, who are we going to get in turn?” Duke asked. “Mike Pence? He’s the biggest cuck in the world.”

“Cuck” is the shortened version of “cuckservative,” a racially and sexually charged neologism that was popularized by far-right supporters to deride conservatives who supposedly abandoned their true values.

“Trump had a populist vision, but lacked an infrastructure to carry it out. He’s had to turn to all the same failed people and ideas,” wrote Richard Spencer, the white nationalist who helped popularize the term “alt-right.”

“One fundamental problem of Trumpism is not so much Trump himself but Conservatism,” Spencer wrote on Twitter.

Mike Cernovich, the right-wing blogger who moves in the “alt-right” orbit, said he would not be turning on Trump — though he was opposed to what he described as the “globalist inner circle,” which threatens Trump.

In a Friday episode of “InfoWars,” the right-wing conspiracy show, Cernovich discussed his disappointment with the program’s host, Alex Jones, who has been another outspoken Trump fan, but has also tempered his tone slightly.

Jones sought to cast Trump’s shift in some policies as the moves of a hard negotiator — not as someone who had betrayed his base.

Cernovich agreed with this characterization and said that it was similar to how some in the “alt-right” orbit might be pushing back against Trump right now.

“The same way that you and I are pushing back against the ground war in Syria. It doesn’t mean that we flip-flopped, it doesn’t mean that we oppose Trump,” Cernovich said. “We’re just saying, hey, there is a negotiation going on, too, even between us and the president of the United States… that is how adults behave.”

Jones agreed, urging viewers not to totally abandon Trump. He said that would be a childish move. “By leaving the sandbox, you’re not even in the game,” Jones said.

A ‘Jewish Coup’? That’s How ‘Alt-Right’ Explains Away Trump Flip-Flops And Bombings