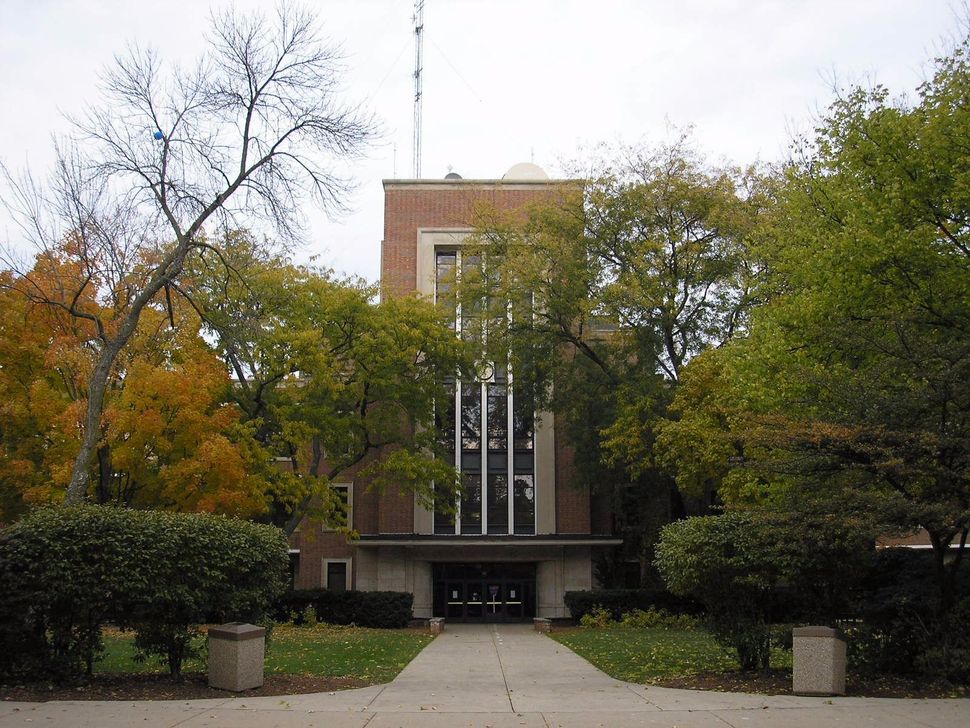 Students at New Trier High School were pleased and excited when Andrew Aydin, a close associate of civil rights icon and Democratic Congress member John Lewis, agreed to speak at their school on civil rights; even more so when Colson Whitehead, the widely lauded author of the best-selling novel, “The Underground Railroad,” agreed to join him.

The February student-run event to which they were invited, known as Seminar Day, is held every few years and meant to encourage critical thinking and compassion. With lectures from these two men, both of them National Book Award winners, this semester’s theme, “Understanding Today’s Struggle for Racial Civil Rights,” promised to be one of the best ever.

But that was before a group calling itself Parents of New Trier launched a website devoted to protesting Seminar Day.

Seminar Day, claimed the website, presented “a distorted and biased worldview” without diversity of thought. Parents from the group requested a meeting with the New Trier principal and superintendent to demand that more conservative speakers be added to the schedule such as Milwaukee Sheriff David Clarke, a vocal opponent of the Black Lives Matter movement, or that the day be cancelled altogether.

The administration declined to accede to either of these demands. And the controversy made national news. Editorials claiming that Seminar Day was a cover for liberal indoctrination appeared in the Weekly Standard, the National Review, and the Wall Street Journal. Nonetheless, Seminar Day went on as planned. It seemed like the whole thing was over.

But now another New Trier parent, Paul Traynor, has made an 80-minute documentary called “New Trier: Tip of the Spear,” which alleges that the Seminar Day controversy was part of a much larger, well-organized national right-wing effort to reach down deep into local communities and politicize them.

In “Tip of the Spear,” Traynor recounts in almost granular detail how he uncovered these connections. Several of the members of Parents of New Trier, he found, are also members of the Wilmette Policy Circle, a chapter of an invitation-only national women’s group that bills itself as similar to a book club, though its members focus on economic policy. One of the founders of the Wilmette Policy Circle is Sylvie Légère Ricketts, who is married to Todd Ricketts, the Chicago Cubs co-owner who recently withdrew his name from consideration to become President Trump’s Secretary of Commerce. 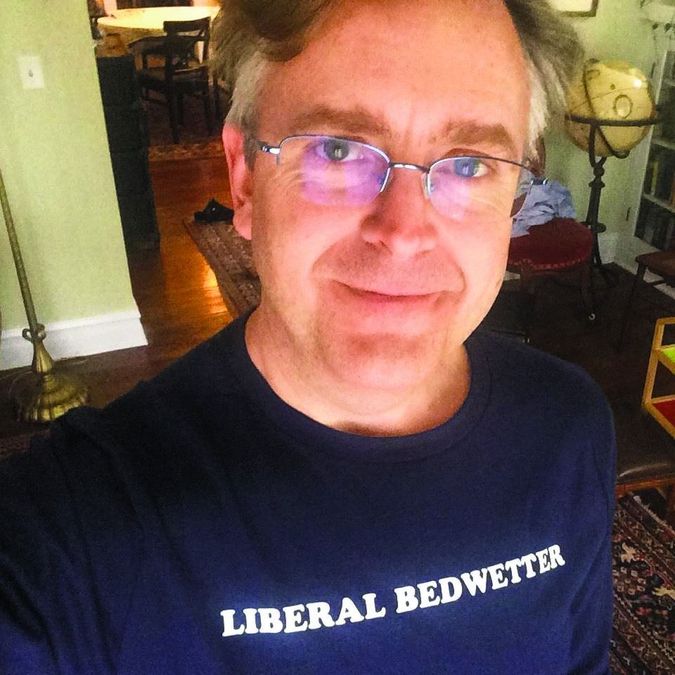 The Illinois Policy Institute is, in turn, tied to both the Illinois Opportunity Project, a nonprofit registered as a 501(c)(4), which means it’s not required either to abstain from politics or to disclose the names of its donors, and the American Legislative Exchange Council (ALEC), a right-wing effort to promote favored legislation in state-level lawmaking bodies nationwide.

Betsy Hart, a Parents of New Trier member, wrote a letter to the editor of the Wilmette Current, a local paper, comparing “Tip of the Spear” to a witch trial. She urged readers to visit the Parents of New Trier website, which posted an extensive, minute-by-minute refutation of all the charges against them in the documentary.

“There is/was NO outside money involved in PONT,” she wrote in a personal note to Traynor on the “Tip of the Spear” Facebook page. “There is/was no outside influence involved in PONT. All those who created the website, all those who served on the steering committee, and almost all of the 430 people who became part of Parents of New Trier were either New Trier parents, or taxpayers.”

For Susan Gallagher, who has lived in the community for 15 years and whose two children both attend New Trier High School, this political brawl all seems like a bit much. “New Trier Township is hardly the most liberal place you’ll find,” she told the Forward. “But it tends to be pretty progressive relating to social issues.”

New Trier, which is based in the affluent suburb of Winnetka and serves several other suburbs on Chicago’s heavily Jewish North Shore, has long had a reputation as one of the best high schools not just in the state, but the nation. It’s also one of the wealthiest: Seminar Day had a $30,000 budget. It was this largesse that enabled the students to invite Colson and Aydin to speak. The student population of New Trier is about 85% white; their parents mostly vote Democrat.

When Traynor, a self-described progressive, originally joined the debate on the Parents of New Trier Facebook page, he thought it was just another example of polarization in America.

But as the controversy gained attention beyond the North Shore and Chicago, he began to realize that the Parents of New Trier didn’t actually have that much support in the community. The group itself was very small, and when he requested to look at the high school’s office call log, he saw that of the 300 parent phone calls about Seminar Day, all but one were in support.

But the Parents of New Trier members were also very well connected. This ensured that the group’s message was hugely amplified, largely by Dan Proft, on his several talk shows and on his website.

For Traynor, this is evidence that Parents of New Trier is part of a vastly larger national strategy—a longer game to privatize education and direct public funds into the hands of large corporations.

“It was a very strategic plan,” Traynor says now. “I think that whatever leverage they might get in our area in the Seminar Day story, they wanted to use it to make it a national issue all along.”

Part of the larger strategy, Traynor believes, is to install far-right conservatives in all levels of government, starting at the very lowest levels, like library and school boards. When New Trier Township held its school board elections in early April, a PAC called the New Trier Coalition, with connections to Parents of New Trier, put forth its own slate of “free-market candidates.”

This was an unprecedented event: Traditionally, the local political caucus chooses four candidates who run unopposed. Proft promoted the free market slate on his radio show, and conservative PACs paid for robocalls and leaflets. All at once, the school board elections became exciting.

Yet another group, Wilmette Friends, formed in order to oppose the free market candidates. “We support candidates who are dedicated to our local experiences, local activities and local expectations, and who are not motivated by partisan influences, ideologies or agendas,” it said on its website. “In particular, we support the candidates listed under Candidate Recommendations for District 39 School Board, New Trier Township Trustee and Wilmette Park Board.”

In the end, nearly 9,000 people turned out for the school board election, several hundred more than in the previous election in 2015. And despite the outside publicity and financial support, the “free market” slate lost by a margin of 3 to 1. “I think the election was a bit of a statement by the community that they do not want to be aligned with those divisions [supported by Parents of New Trier],” said Gallagher. Now she hopes that the storm is over and that the community can return to its usual level of civility; she, personally, is looking forward to not having to know her neighbors’ political views.

Lisa Schneider Fabes, one of the newly elected school board members, was reluctant to discuss the controversy. Instead she’d rather embrace the role of peacemaker. “I feel like the community is so fractured from this election, so fractured from the whole Seminar Day,” she said. “I want to see if I can help bridge some of the divide instead of facilitate its ongoing nature.”

New Trier itself declined to comment on the documentary. “New Trier remains committed to its equity work and is continuing to explore curricular and extracurricular connections for students around the topics of race and civil rights,” Niki Dizon, the school’s director of communications, wrote in an email.

Traynor, however, thinks the war is far from over. Illinois is holding its gubernatorial election next year, in which the current Republican governor Bruce Rauner, who is also a millionaire businessman and part of the Policy Circle’s web of conservative fundraising, is already facing several Democratic candidates, two of which—Chris Kennedy and J.B. Pritzker—are very wealthy and connected themselves.

After that comes the 2020 Presidential election. “If they have this kind of organization in little elections,” he asked, “who knows what they do for congressional elections next year?”

Correction: A previous version of this article implied that Susan Gallagher had blamed the Wilmette Policy Circle for interfering in the school board election.