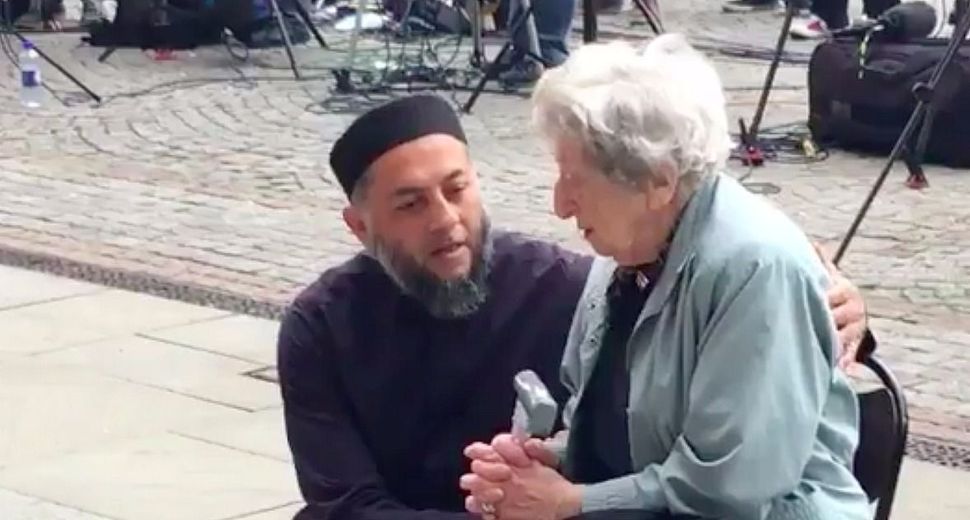 A Muslim cleric and an elderly Jewish woman melted the heart of a grieving nation with their poignant embrace at the scene of the Manchester terror attack.

Rachel Black, 93, and Sadiq Patel, an imam, came together in grief and worship on Wednesday at a memorial for the 22 people killed and scores wounded in the suicide bombing at an Ariana Grande concert.

“We’re all the same people. We bleed just like everybody else,” Black told Britain’s Channel 5 News.

The pair traveled to Manchester together from the gritty industrial town of Blackburn to pay their respects for the victims of the bombing, which has gripped Britain with grief and defiance.

In pictures from the scene, Black pushed herself up from a folding chair to lean on her walker and pray. Overcome with emotion, she was taken in hand by Patel. He helped her walk from the site and carried her chair.

“Renee’s 93. Jewish lady. I’m a Muslim man,” Patel said. “But at this moment in time faith doesn’t mean anything. We don’t know what to say, no words can actually express what we’re going through.

A beautiful moment in Manchester. Renee Black, 93, and Sadiq Patel, praying together in Albert Square. She is Jewish, he is Muslim. pic.twitter.com/domRfClHTa

The two are members of Blackburn Darwen Interfaith Forum, a town group focused on mutual understanding.

Black is one of the few Jews in the town, which now has a large population of Muslims, mostly from south Asia.

The Manchester vigil they attended brought together representatives of Muslim, Christian, Jewish and Sikh communities in a show of defiance and unity. 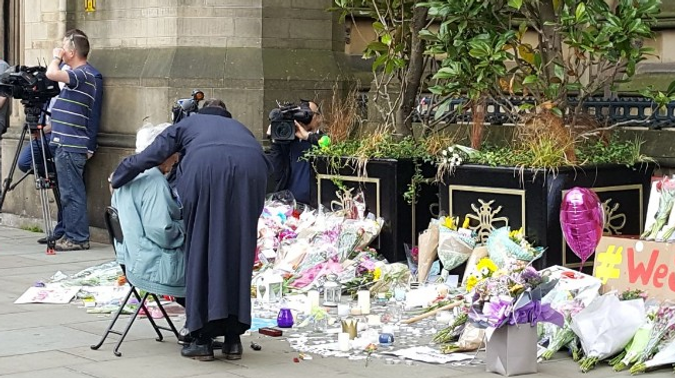 Even at 93, Black said she was determined to make her voice heard against hatred, terror, and violence.

“We came to pay our respect to the people who passed away and to hope that they never have anything like this again,” she said. “We try to bring people together and not matter about the colour or creed or whatever you are.