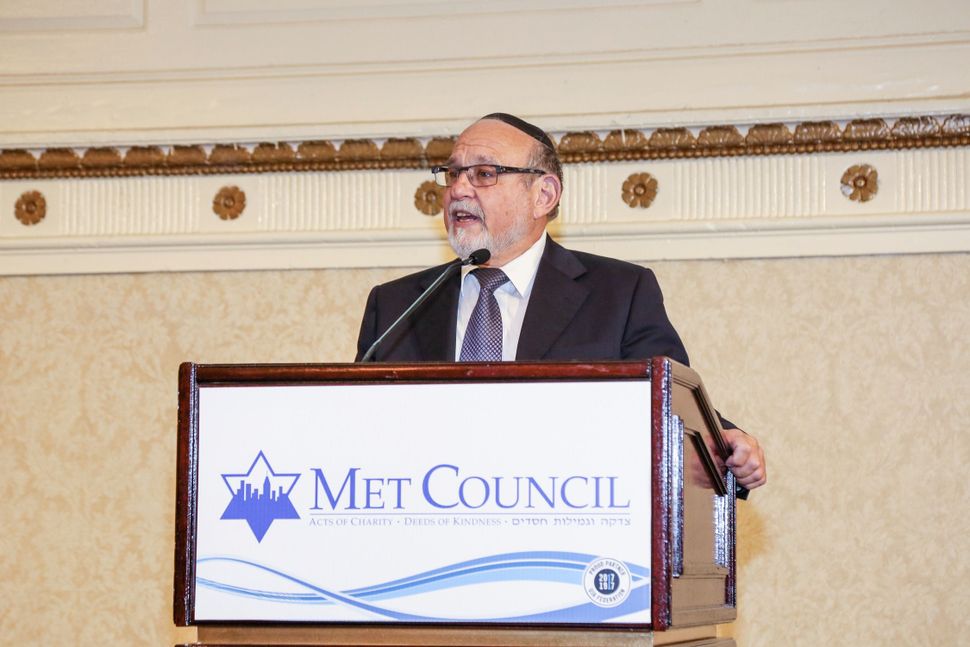 As a new leader prepares to take the helm of the scandal-scarred Metropolitan Council on Jewish Poverty, the Forward has learned that the group’s finances are worse than it previously acknowledged.

The Met Council on July 1 suspended contributions to its employees’ retirement plans, citing the “need to be fiscally prudent.”

“The financial situation of the agency remains a challenge,” outgoing CEO Alan Schoor wrote in a June email to staff obtained by the Forward.

Schoor wrote that the group had missed fundraising goals and had been unable to raise cash by renting out unneeded office space. He acknowledged in the email that the arrest and guilty plea of William Rapfogel, the group’s former executive director, in a $9 million kickback scheme in 2013, had a “major impact on our fundraising.”

The Met Council did not respond to multiple requests for comment on the revelations about its troubled finances.

The organization said earlier this week that Schoor will retire at the end of his term and be replaced by David Greenfield, now a powerful member of the New York City Council.

Greenfield has faced criticism in recent days for a political maneuver by which he essentially handpicked a longtime advisor to succeed him in his City Council seat.

The Met Council has undergone a dramatic crisis since the 2013 scandal, nearly shuttering in 2015 amid merger talks. Its operations and staff are far smaller than at its pre-2013 peak.

Yet the organization’s finances, while widely thought to be unstable, have been a matter of speculation. The latest publicly available financial reports are more than two years old. The organization did not respond to a request for more recent financial statements.

Schoor’s June email to staff shows the severity of the group’s troubles, and the difficulty of the situation that Greenfield is set to inherit.

“Overall we did not meet our [fundraising] target,” Schoor wrote.

In addition to the Rapfogel scandal, Schoor blamed the resignation in January of the Met Council’s chief development officer for the weak fundraising results.

“While the level of fundraising has stabilized, the resignation of [the chief development officer] and the need to re-staff the department resulted in our not being able to increase fundraising to the budgeted amount,” Schoor wrote. “We expect our fundraising to improve going forward.”

Schoor said a plan to rent out extra office space, which he said would have netted $750,000, was delayed, and that the revenue would only start flowing next year.

He also cited the possibility of federal cuts to social service programs on which the Met Council relies for revenue.

Schoor said that the he hoped that the suspension of matching contributions to employee retirement accounts would be temporary, and called it an “unfortunate step.”

“Rest assured that the Board and I are confident we will successfully weather this storm and, with your support, emerge a stronger organization than ever before and be able to restore the [matching contributions] in the future,” Schoor wrote.