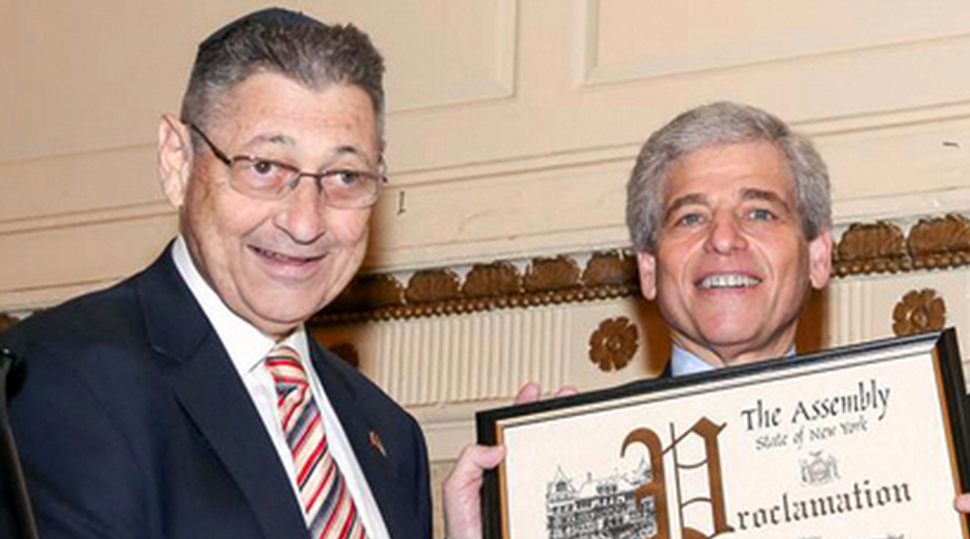 Under increasing strain following the corruption scandal that brought down its former leader, the Metropolitan Council on Jewish Poverty will seek to merge or partner with other not-for-profit agencies to preserve its services, the Forward has learned.

The revelation comes the same day as New York State Assembly speaker Sheldon Silver surrendered to the FBI, accused of taking millions in bribes. Silver’s chief of staff is the wife of William Rapfogel, the former Met Council CEO now serving a state prison term for stealing from Met Council.

The move by what was once one of the largest Jewish social service agencies in New York City comes a year and a half after Rapfogel’s arrest. Rapfogel, his predecessor, and the group’s former CFO all eventually pled guilty in connection to the fraud, which involved insurance kickbacks.

Silver and Rapfogel were close political allies, connected by Judy Rapfogel, a longstanding personal relationship, and deep mutual roots on the Lower East Side.

The Met Council said that it was “fiscally sound” in its January 22 statement, and that it was working with the UJA-Federation of New York and state and local government to determine its future.

“Our top priority will be to identify those partners that can most effectively meet the needs of our clients in the years ahead,” the statement read.

The Met Council has struggled to cope since Rapfogel’s arrest. The organization hired David Frankel, a former commissioner of the New York City Department of Finance, to replace Rapfogel. Frankel had few ties to the Orthodox and Russian-speaking communities that the Met Council serves, and has clashed with local Jewish leaders. Frankel decided to leave the organization by the end of 2014, but has yet to do so.

The group’s CFO, Mel Zachter, stepped down unexpectedly in November.

At its height, the Met Council was a sprawling social service agency with a direct line to Albany cash through Silver. The Met Council and its nearly 30 not-for-profit subsidiaries spent $112 million and received $90 million from the government in 2012, its last full year under Rapfogel. The group owns more than 25 low-income housing developments and operates soup kitchens and social service outreach centers, among many other programs.