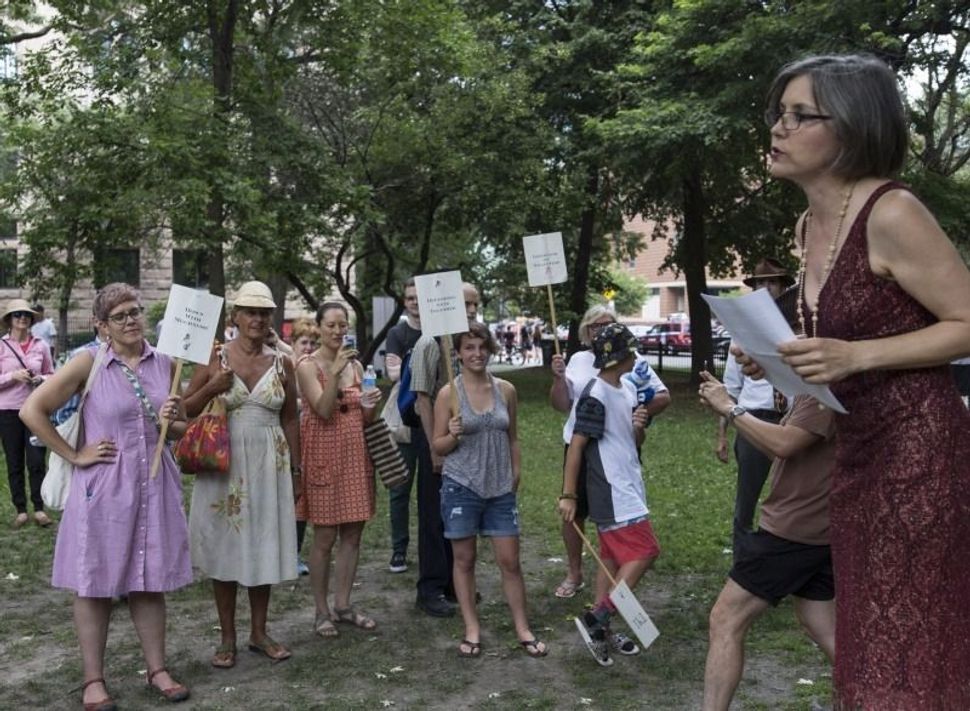 Hecklers at the 2015 Bughouse Square Debates. Image by Newberry Library

This Saturday, travel back in time to the innocent days before Facebook and Twitter, when in order to have an argument with a stranger, you actually had to do it in person. The Newberry Library’s annual Bughouse Square Debates revive a glorious era in the park’s history, back in the early 20th century, when socialists, labor leaders, anarchists and anyone else with an opinion but no public forum in which to share it would gather in Washington Square in front of the library, stand up on soapboxes and speak their piece and ask for donations. The park tended to attract a certain number of crackpots, hence the nickname Bughouse Square.

In the winter, when the weather was not amenable to outdoor speeches, the soapbox orators would adjourn to the nearby Dil Pickle Club, a former barn in an alleyway between State and Dearborn. According to contemporary accounts, the debates attracted a large and varied audience, some of whom occasionally resorted to throwing rotten vegetables. One of the most notable and frequent speakers in both Bughouse Square and at the Dil Pickle was Dr. Ben Reitman, who was, among other things, a medical doctor, an abortionist, an advocate of free love and the self-styled “King of the Hobos,” and also, for a time, the lover of Emma Goldman, who also spoke at the Dil Pickle.

The Dil Pickle closed in the 1930s and the Bughouse Square debates tapered off at the same time. But in 1986, the Newberry, an independent research library which happens to have a large archive of material from the Dil Pickle Club and Bughouse Square, decided to revive the debates. The current format is more organized than in days of yore: There is a schedule of speakers and debates, the presentation of the John Peter Altgeld Freedom of Speech Award (this year’s winner is poet and educator Kevin Coval) and the awarding of the Dill Pickle Award to the best soapbox orator. Festivities begin at noon. The musical entertainment includes a performance by Sousaphones Against Hate.

Should the oratory not appeal to you, take shelter inside the library, where its annual used book sale will be going on. The book sale is a weekend-long affair, running from Thursday through Sunday, and most books are priced at a reasonable $3.