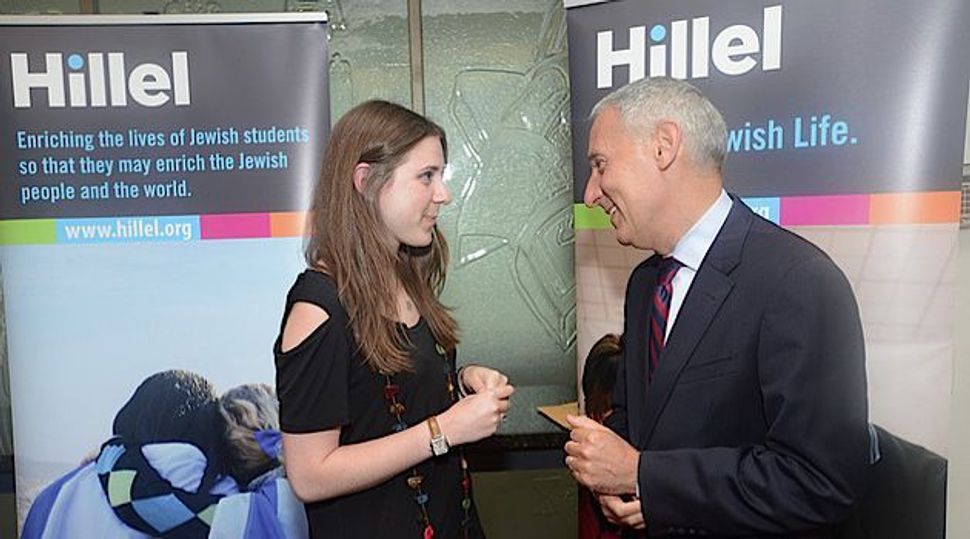 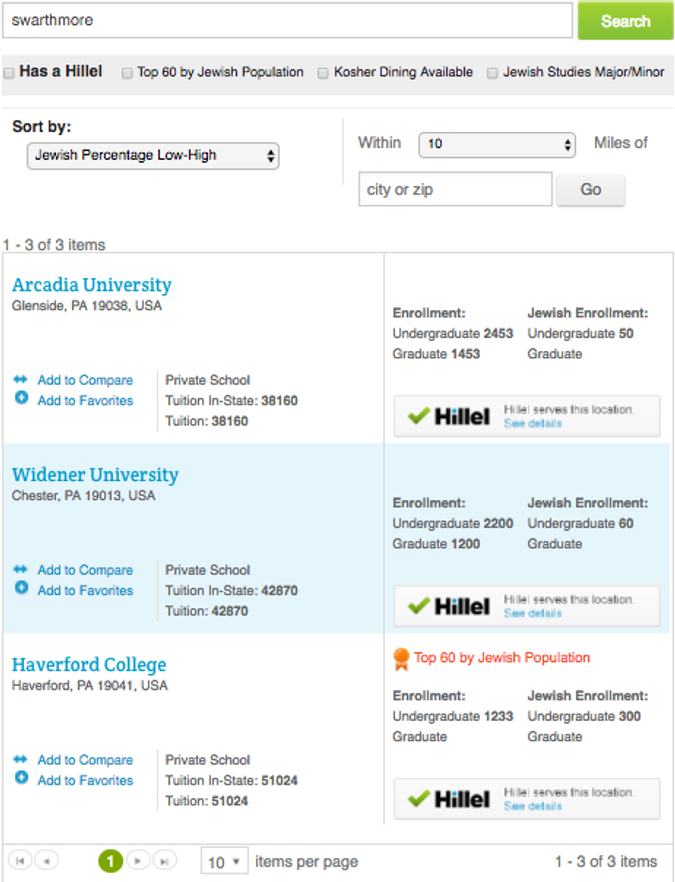 The search results for Swarthmore in the Hillel College Guide. Image by Hillel International Website

Each school in the guide comes with a snapshot, some more complete than others, that lists quick facts like the school’s Jewish population, the availability of kosher dining, and whether or not the community is served by a Hillel.

Some schools on the list are served by a nearby Hillel. For example, William Woods College in Columbia, MO is served by the the University of Missouri Hillel.

Then there are the schools that have no Hillel and are not served by a nearby affiliate, like Wichita State, Western Kentucky, or Westfield State.

And yet, those schools, without a Hillel or the significant Jewish populations of Swarthmore or Wesleyan, appear on the guide.

In a statement on Wesleyan and Swarthmore, Hillel spokesman Matthew Berger simply said:

“The campuses you cited are not included because they do not have a Hillel.”

“I think that it is sad that Hillel is denying Swarthmore and Wesleyan access to its resources and community because the students have expressed that they want to engage meaningfully with Israel/Palestine without censorship,” said Elana Metz, a national organizer with Open Hillel. “And I think it is sad that Jewish students using the Hillel College guide to help them decide where to go to school will not know about the vibrant and beautiful Jewish communities that exist on those campuses. What are they trying to hide?”