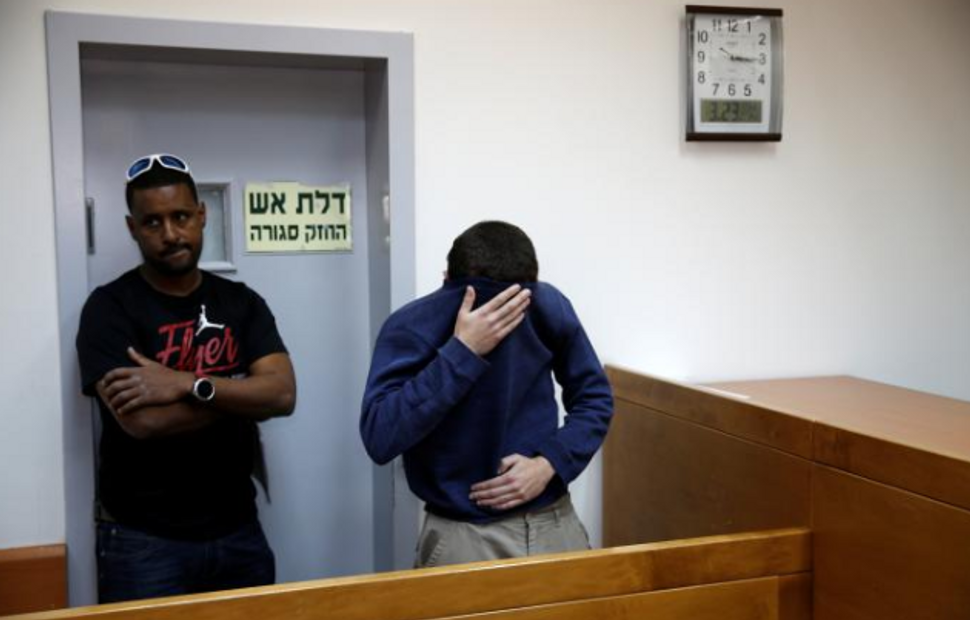 Remember the Israeli Jewish kid arrested as the culprit behind those phone-in bomb threats to Jewish community centers across America? New evidence indicates the real culprit behind that wave of hatred may not have been him.

Newly unsealed documents in a separate case suggest that Michael Kadar’s alleged phone threats against the JCC’s were done for pay on behalf of some as-yet unknown client.

The separate case involves AlphaBay, a web platform on the so-called “dark web” that law enforcement authorities were revealed to have shut down in July. AlphaBay acted as an online marketplace for illegal goods and services.

Now, a search warrant issued in April but only recently unsealed in connection with that case alleges that Kadar charged $30 for an email bomb threat to a school, plus a $15 surcharge if the buyer wanted to frame someone for it.

Kadar who had dual U.S. and Israeli citizenship, charged double for a threatening email to a school district or multiple schools, but districts with more than 12 schools required a “custom listing,” noted the Atlantic on the warrant on its website.

According to the Atlantic, Kadar noted on AlphaBay that he was available “almost 24/7 to make emails,” and he promised to refund non-successful threats.

Moreover, Kadar got good reviews. Kadar’s threats to a school, apparently in Rohnert Park, California, were “Amazing on time and on target,” wrote one AlphaBay user cited in the warrant, according to the Atlantic. “We got evacuated and got the day cut short.”

The search-warrant application alludes to screenshots of Kadar’s activity on the marketplace taken in mid-March.

Kadar whom Israeli police arrested in Ashkelon in March after a joint investigation with the FBI, was indicted in a federal court in Florida in April. The indictment alleges that Kadar, 18, was linked to at least 245 threatening telephone calls between 4 January and 7 March 2017, many targeting JCC’s in the United States.

Kadar was indicted in Israel around the same time for allegedly phoning in threats to 2,000 different institutions around the world, including the Israeli embassy in Washington, the Israeli consulate in Miami, schools, malls, police stations, hospitals and airlines. He is facing accusations of making threats for financial gain alongside charges of money laundering and the attempted blackmail of Ernesto Lopez, a Delaware state senator.

The 18-year-old, identified by US prosecutors as Michael Kadar, is facing accusations of making threats for financial gain alongside charges of money laundering and the attempted blackmail of Ernesto Lopez, a Delaware state senator.

The unsealed search warrant linking Kadar to AlphaBay were first publicly flagged on Twitter by Seamus Hughes, the deputy director of the Program on Extremism at George Washington University.

“Holy. S**t, wrote one Twitter user reacting to Hughes’ find. “He also offers as a “service” threatening to FRAME someone. I don’t think even Arendt could have predicted him.”