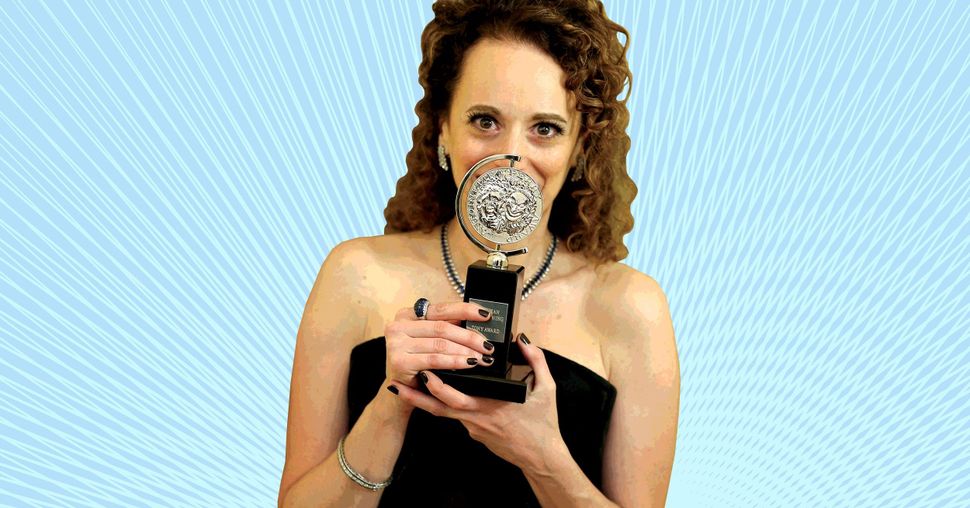 When Rebecca Taichman, 47, won the 2017 Tony Award for best direction of a play for her work on “Indecent,” she was stunned. Still, she took the opportunity not just to thank those dear to her, but also to make a brief statement about ideals.

“This is a story about love in a perilous time and about speaking out and making art when… one is at great danger,” she said.

The play, for her, was personal in a way that was particularly resonant for Jewish audiences. At the first rehearsal for its Broadway transfer, she told a Forward reporter that “Indecent,” which is performed partially in Yiddish, was “a real mourner’s prayer for the loss of a language.”

She co-created the show with playwright Paula Vogel as an homage to Sholem Asch’s Yiddish play “God of Vengeance.”

In addition to “Indecent,” Taichman directed Sarah Ruhl’s “How To Transcend a Happy Marriage” at Lincoln Center, “The Clean House” at the Williamstown Theatre Festival and a revival of J.B. Priestley’s “Time and the Conways” on Broadway.

All in all, Taichman has positioned herself as one of the foremost interpreters of the contemporary work of Jewish women onstage.