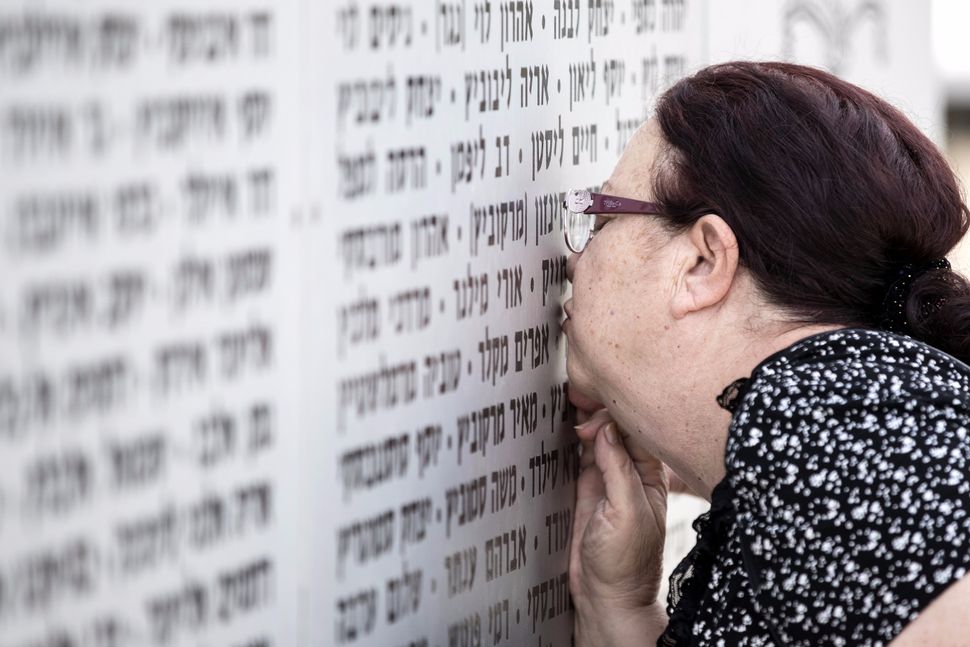 Stories about President Trump’s interactions with the families of soldiers killed in military service dominated the news this week, including especially his lie that previous presidents like Barack Obama didn’t call such families, and his remark to a grieving widow that her husband “knew what he signed up for.”

In Israel, mourning military families simply don’t get dragged into the muck of politics.

Just like the absence of gun control laws or the debate over the right for accessible health care, the idea of showing disrespect to families of fallen soldiers could simply never have happened in Israel.

For a society that views military service as a solemn responsibility of every citizen, treatment of bereaved parents, spouses and children of those who have paid the ultimate price is a top national priority and one treated as a sacred duty.

A recent incident could help illustrate just how unforgiving Israeli society is to any sign of insensitivity when dealing with families of fallen soldiers. On October 1, Israel marked the 44th anniversary of the 1973 Yom Kippur War. As always, a ceremony was held on Mount Herzl, attended by President Reuven Rivlin and by the deputy speaker of the Knesset.

But no Cabinet minister attended, and the absence of those officials was seen as an affront to the families and to the memory of the fallen soldiers. “Even if the protocol doesn’t require it, we would expect at least one minister to show up and honor the soldiers,” said Eli Ben-Shem, head of the organization representing the families. “It’s a shame. There’s no other way to describe this,” opposition leader Avi Gabbay added. The government apologized and blamed the absence on a scheduling misunderstanding.

The treatment of fallen soldiers goes way beyond the expectation to have Cabinet ministers attend memorials decades later. Families and loved ones of servicemen and women who died in combat are likely to be consoled by top officials, including in many cases the president and prime minister, who will visit them during the shiva, the traditional Jewish week of mourning. Top commanders of the units in which their sons served will keep in touch with the family for years, as will fellow comrades from the unit, who will make a point of showing up at the cemetery for annual memorial services.

The life story of a soldier killed in combat or in a terror attack will always make it to the front pages of the daily newspapers and websites. Military funerals are covered by TV news. Israeli audiences always want to learn about the fallen hero — from friends, family members and fellow soldiers.

And then, of course, there’s Israel’s Memorial Day, marked every year on the day before the nation’s Independence Day. In stark contrast to America’s Memorial Day, with its once-a-year deals on mattresses and new cars and the family picnics and get-togethers, in Israel, the nation stands still – literally, in a moment of silence, and in a day of remembrance, to honor the soldiers who gave their lives for the country.

What can explain this one corner of hypersensitivity in a society otherwise known for its straight-shooting, open and often blunt discourse?

The answer has to do, most likely, with the fact that Israeli military service is mandatory, whereas American military power is based on voluntary conscription. The idea, as suggested by Trump in his conversation with Myeshia Johnson, who lost her husband, La David Johnson, in Niger, that “he knew what he was signing up for” simply does not apply to Israel.