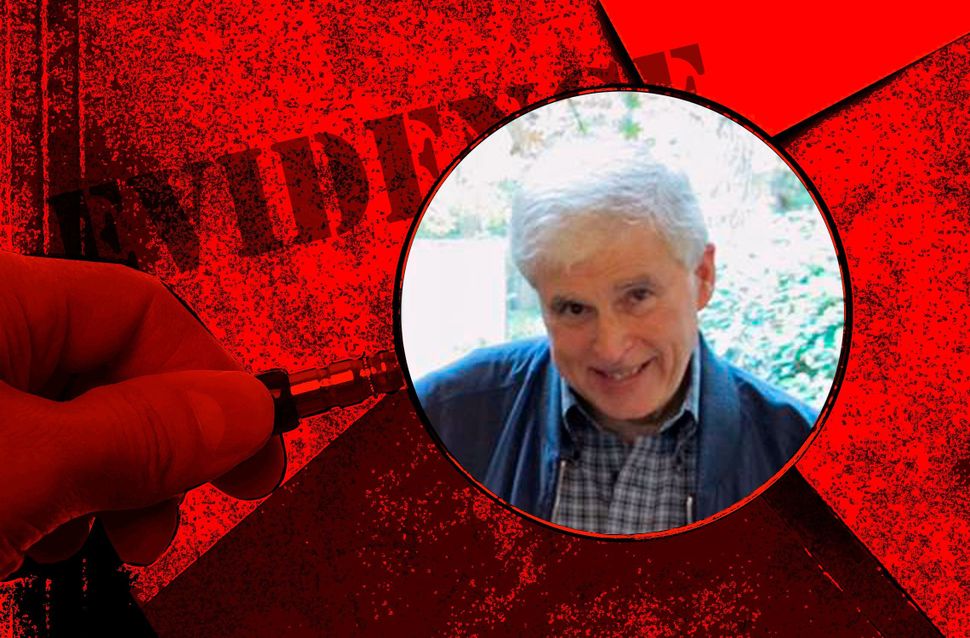 Welcome to the Forward’s series on unsolved Jewish murders. The cases run across continents and class divides, and have rocked Jewish communities around the world. To access the series, click here.

Ira Tobolowsky was a respected civil lawyer who lived and worked in Dallas. The Tobolowsky family is well-known in the city, which is replete with lawyers and artists. (Tobolowsky’s cousin, Stephen Tobolowsky, played Ned Ryerson, the insurance salesman, in “Groundhog Day.”) Ira Tobolowsky and his wife of nearly 40 years, Debbie Tobolowsky, raised three boys together — two lawyers and a real estate broker. Though Tobolowsky maintained a small practice, he was always busy and ambitious. In 1982 he argued before the U.S. Supreme Court.

Though Tobolowsky had become crippled with pain as a result of a spine condition, he was a still a hard-charging lawyer and a loving father and husband. At his funeral, held at a prominent Conservative synagogue in Dallas, more than 1,200 mourners packed the sanctuary.

In May 2016, less than a month before the wedding of Michael Tobolowsky, the Tobolowskys’ eldest son, Ira Tobolowsky awoke to go to work on a Friday. His wife heard him leaving, but she stayed in bed — she had been up late finalizing the seating arrangements for her son’s rehearsal dinner.

Just before 8 a.m., the security system alarm went off. It indicated a fire. Firefighters arrived shortly after to find black smoke pouring out of the Tobolowskys’ garage. When they realized there were two cars still inside, emergency responders ran in between the cars with a gurney. They came back outside with their heads bowed — and an empty gurney.

Investigators found few pieces of evidence in the trampled crime scene. There was one gallon-jug labeled for juice but coated on the inside with gasoline.

Like any tough lawyer, Ira Tobolowsky made enemies during his 45-year career. But one man seemed to have had it in for him.

Tobolowsky represented the mother of Steven Aubrey, a disgruntled massage therapist, in a suit filed by Aubrey. Tobolowsky eventually won the case, in which Aubrey had accused his mother of unduly cutting him out of her will. But during the case, Aubrey threw insults and anti-Semitic gibes at Tobolowsky, at one point calling him an “Isis butcher.”

After Aubrey dropped the case against his mother, Tobolowsky filed a defamation suit against Aubrey and his partner, Brian Vodicka. Over the course of subsequent litigation, Tobolowsky got the court to label Aubrey a “vexatious litigant,” forcing Aubrey to seek court approval anytime he wanted to sue anyone. In court and in emails, Aubrey was threatening and insulting to Tobolowsky and his family.

But after Tobolowsky was killed, it took police nearly a week to arrest Aubrey and Vodicka. By then, any burns on their arms that might have resulted from starting a large fire in a garage would have faded; an examiner found red marks, but said they could have been sunburn. Police failed to test evidence; other pieces of evidence were simply left behind.

After the lead detective on the case retired, the investigation stalled. Without a fingerprint or DNA sample tying either Aubrey or Vodka to the scene, the police backed down. No arrests have been made.

In May 2017, a judge awarded the Tobolowsky family $5.5 million in damages in the defamation suit against Aubrey. Neither Aubrey nor Vodicka was present for the verdict.

Michael Tobolowsky eventually took over his father’s law firm. He arrives every day at 6 a.m. to do his legal work quickly — that way, he can spend the afternoon trying to figure out who killed his father.