Modern Orthodox Rabbis Are Struggling — Even As The Community Gets Wealthier 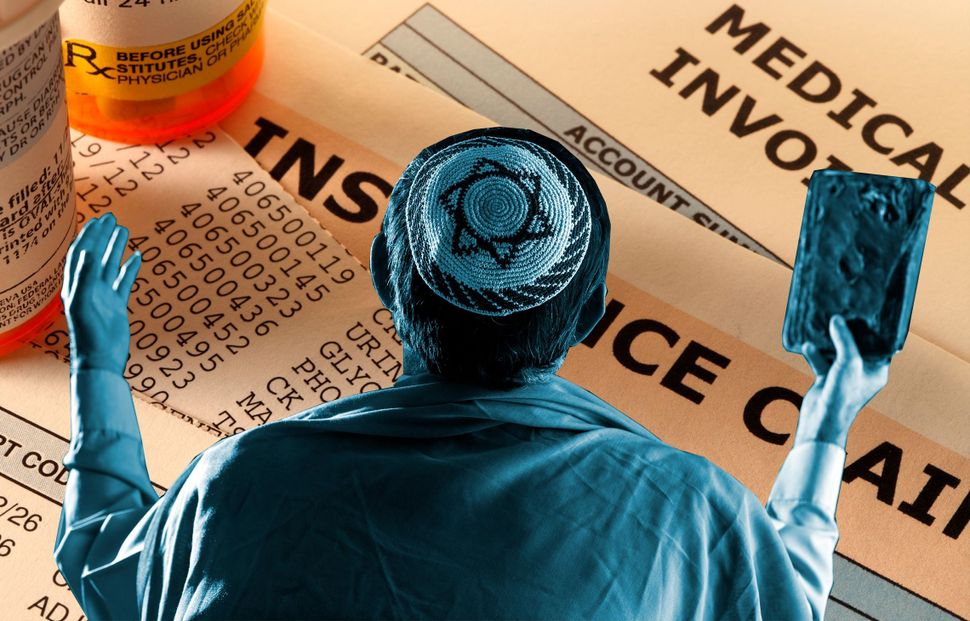 In 2008, Rabbi Josh Yuter got a job as the spiritual leader of a small synagogue on Manhattan’s Lower East Side. It was hard work. He gave four talks every Shabbat and two lectures during the week, counseled synagogue members and helped with conversions.

At the end of the month, he couldn’t pay for much more than his rent.

“It was a struggle for me,” said Yuter, who left the rabbinate and moved to Israel in 2014. He said that 70% of his salary went to pay for the small apartment he lived in near the synagogue; he also said that he economized on food.

Yuter’s predicament, according to a new survey of Modern Orthodox pulpit and campus rabbis, was not unusual. The survey revealed that while the Modern Orthodox Jewish community is changing, its financial arrangements with its spiritual leaders are stuck deep in the past. Many rabbis struggle on part-time salaries. Half the rabbis surveyed received no health insurance from their employers and no retirement benefits.

“I certainly see the stress rabbis deal with in their lives,” said Rabbi Ronald Schwarzberg of Yeshiva University’s Center for the Jewish Future, who oversaw the study.

In an era when Modern Orthodox Jews, who participate in secular society while strictly observing Jewish law, are richer than ever before, their modes of compensating their rabbis are still a throwback to more informal, disorganized models of Jewish life. And this has left many rabbis to struggle.

Modern Orthodox rabbis operate in an economic environment vastly different from that of their Reform and Conservative colleagues. Their congregations are usually smaller, as congregants need to live within walking distance from their synagogues. Many are part time and are their congregations’ only employees.

“There’s a long tradition of rabbis [having] this great authority, but they didn’t get a lot of wealth,” said Samuel Heilman, a professor of sociology at Queens College of the City University of New York. The thinking, Heilman said, is, “God will reward him, we don’t have to reward him.”

The result is a large population of part-time rabbis whose needs simply aren’t being met by their congregations. And yet, Modern Orthodox Jews, according to another recent survey, have a median household income of $158,000, three times the national average.

In Yuter’s case, he says that his congregation was too small to have the resources to pay him more, and he says that given the economic environment at the time, he felt lucky to have work. His successor at the pulpit, Rabbi Aviad Bodner, also works as a high school teacher, and gets his health insurance through his wife.

“As a community leader, as a rabbi, you always want to do more,” Bodner said. “Even if the job is only part time, it’s never really part time.”

Another rabbi, who serves at a small synagogue on the West Coast in addition to having a full-time job, said that the dual life is difficult. “It’s emotionally, financially and spiritually stressful,” he said. “I’m feeling healthy. I just don’t have time to prepare what I would like to be doing for the community as well as balancing time with my kids. It’s pretty overwhelming.”

Modern Orthodox rabbis’ position is unique among rabbis worldwide. In Israel, their colleagues are paid by the state. In Europe, they generally work for state-funded community groups. Reform and Conservative rabbis in North America work for larger, more professionalized institutions. Modern Orthodox rabbis are caught somewhere in between. Many are forced to work multiple jobs, either as teachers or as professionals.

In some ways, it mirrors a nationwide trend toward part-time and temporary employment, sometimes referred to as the “gig economy,” brought on in the wake of the financial crisis. For rabbis, whose jobs spill over into their personal lives regularly, the arrangement can be particularly challenging.

“How impactful can a rabbi really be if he’s working 60, 70 hours a week because he’s got a full-time teaching job or he’s a lawyer or he’s practicing some other profession?” Schwarzberg asked. “The real question is the physical and mental health of the rabbis, as well as the ability to function at the highest level.”

The survey incorporated responses from 265 rabbis at Modern Orthodox pulpits or campus jobs across North America. Respondents included both part-time and full-time rabbis, along with categories that Schwarzberg and others said were squishy and often don’t reflect the amount of time the rabbis actually put into their jobs.

The survey found that the median salary for all the rabbis is $90,000, with campus rabbis at the low end of the scale and senior pulpit rabbis at the high end. Some senior rabbis are exceptionally well compensated. Fourteen of the senior rabbis who responded to the survey earn more than $250,000.

More than half the rabbis surveyed, however, are officially part time. Their median salary is just $54,000.

The respondents skewed heavily young. It’s unclear whether that was a matter of response bias, though anecdotally rabbis said that rabbi jobs in the Modern Orthodox community appear to be increasingly a young man’s game.

Of the 211 rabbis who responded, 139 said that they get no insurance through their synagogue or campus jobs. Many of those said that they rely on their wife’s employer-provided insurance, an arrangement that echoes the traditional kollel system in Orthodox communities, where men study while women support the family.

One hundred and twenty-four of the rabbis said that they receive no pension benefits.

“Those who are part time said they are considered part time but really [are] working as much or more” than full time, said Michael Karlin, an actuary who worked on the study. Karlin said that some of the full-time rabbis have second jobs.

Even among the rabbis who do receive health insurance from their synagogues, the packages often don’t meet the standards enjoyed by rabbis in the liberal denominations. In a 2013 survey of full-time Reform rabbis, conducted by the Central Conference of American Rabbis, 79% said that their synagogues pay more than 85% of their health insurance premium.

The Y.U. study does not get so granular. But Ruthie Strosberg Simon, director of placement and alumni support at Yeshiva Chovevei Torah, a liberal-leaning Modern Orthodox rabbinical school, said that the proportion of premiums covered by Modern Orthodox synagogues that do offer health insurance is “all over the map.”

The Rabbinical Council of America, Modern Orthodoxy’s rabbinic association, has looked into creating a joint medical plan, according to the organization’s executive vice president, Rabbi Mark Dratch, but determined that it was not feasible. The Rabbinical Assembly, the Conservative movement’s rabbinical association, does have a joint health insurance program.

“There’s been this ambiguous relationship about who is really responsible for” Modern Orthodox rabbis, Heilman said. “There’s still isn’t a sense that somehow [synagogues] are completely responsible for them.”

Modern Orthodox Rabbis Are Struggling — Even As The Community Gets Wealthier