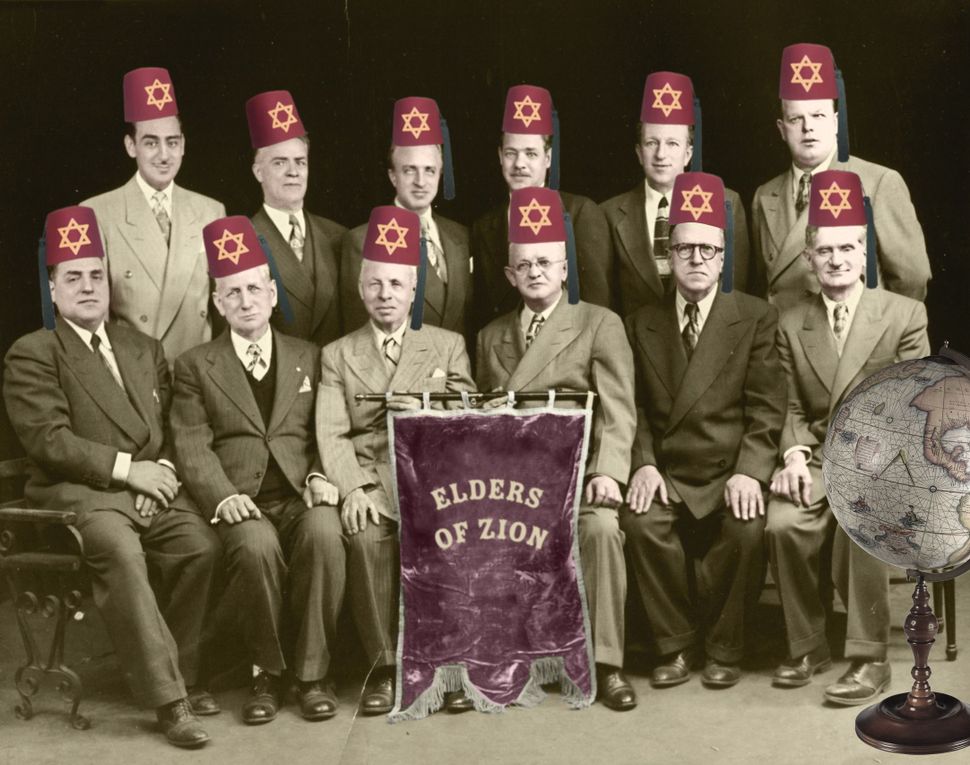 We’re delighted to announce that the Backward has won a record number awards from the Jewish Organization for Satire and Humor (the JOSHies), including the prestigious Lifetime Achievement for a Decade of Jewish Humor In a National Jewish Media Outlet. For providing ten years of hilarity that have done “more to preserve continuity than any 100 rabbis or the seasons of ‘Transparent’ before the whole sexual harassment thing,” the judges of the Joshies called the Backward a “credit to the Jewish people.”

The presentation took place last night at the Madison Oval Gardens in the Bronx and was hosted by Rabbi Joseph Telushkin, the most famous rabbi in all the world. A vast audience of twenty anxious nominees and guest of honor Stephen Bannon ate mediocre food, tastefully served and funded by Roisenboig’s Silver Service (available for simchas). With emphatic air quotes, Bannon told the assembled gathering, “I love you ‘white’ Jews, you’re so funny,” — obviously talking about the comic talent. He continued, “I know I call the media the opposition party, but you people are the opposition to the media, and this is my kind of party!” he sat back down and unbuttoned his top shirt. Soon the prize ceremony began and it became clear that the Backward was a big winner. When told that the citation for the rare prize noted that the Backward was “like a Jewish Onion,” supreme dictator Ian Fist told reporters “I don’t know whether to laugh or to cry!” Over the past decade Fist has steered the Backward firmly from complete obscurity to mild obscurity. “It is my ambition,” he shared, unprompted, “for my grandchildren to meet people whose grandparents once read the Backward.” The Backward took home 613 JOSHies in total, including Best Comic Portrayal of a Jewish Cat (for this), Most Notable Kosher Condom Lampoon (for this prophylactic) and Best Advice Column By the Terminally Clueless. The Backward also took second place for Ridiculous Caricature of Anti-Semitic Behavior, coming behind David Duke’s special Charlottesville issue. “I’d like to pay tribute to my team,” said Hoffman. Over the years he has been ably supported by a number of fearless henchmen and henchwomen. Most hench of those have been Richard Harrington (also creator of the Backward browser plugin that won Most Bizarre Purim Chrome Browser Plugin), Nikki Casey (winner of Best Background Poster in a Supreme Court Satirical Collage), Caroline Cox (Special Award for Community Outreach) and Elaine Tin Nyo who has done sterling artwork with pigs. As well as Hoffman (victorious in the Foxiest Faux Cover category and runner up for Finest Pensman in Comic Judaica) and Fist (winner of Most Handsome Jewish Satirist in America), the third pillar of the Backward triumvirate is Joanie Weiss. Weiss triumphed in an unprecedented three divisions — Best Soundtrack for a Comic Article, Best Costume for a Supporting Writer and Most Convincing Dismissal of an Editorial Criticism (Derisive Category). Weiss, in inimitable fashion, held up one of a growing brood, tossed a strand of curly hair and made a short speech of gratitude.

“You mean in your prize-winning work you were inspired by HaShem?” asked Rabbi Joseph Telushkin, the most famous rabbi in all the world.

“No, I mean I’d like to thank my friend Godwin. She’s a hilarious Australian who helps me write this stuff. You think I’m this funny on my own? Come off it! And, for your information, I don’t believe in a Divine Being, but if there is One, I really hope that he or she has better things than the Backward to worry about,” responded Weiss. Next year’s award ceremony will be a particularly festive occasion as it’s the 120th anniversary of the Jewish Organization of Satire and Humor and it will be striving to outdo the Jewish Association for Comedy websites or Blogs (the Jacob Awards) or which is celebrating its 10th anniversary. Neither consider their other rival, Jews Offer Kosher Entertainment, anything but a joke. 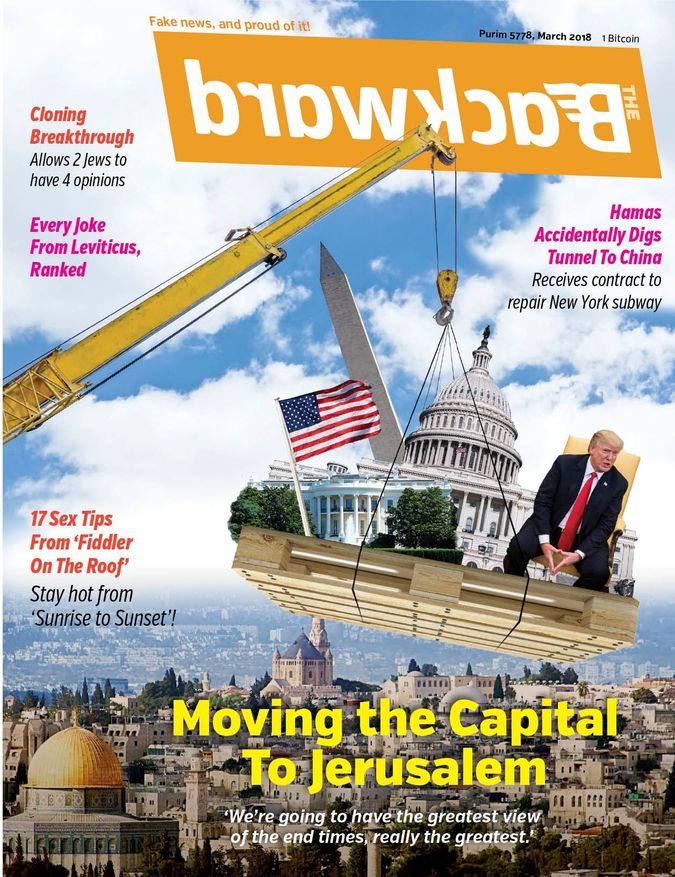 In his final address, Bannon offered his congratulations to all, but especially the Backward. “I’ve always loved satire and, after hearing all of your wonderful Jewy jokes, I shall be thinking backward and moving politically backward even more over the coming months.”

He concluded by saying, “as a proud Christian Zionist I will continue to take money from wealthy Jews until the end of the world comes. And I will be working toward both of those goals until next year! Thank you and goodnight.”

Email all nominations for next year’s awards to Rabbi Joseph Telushkin, the most famous rabbi in all the world, [email protected]