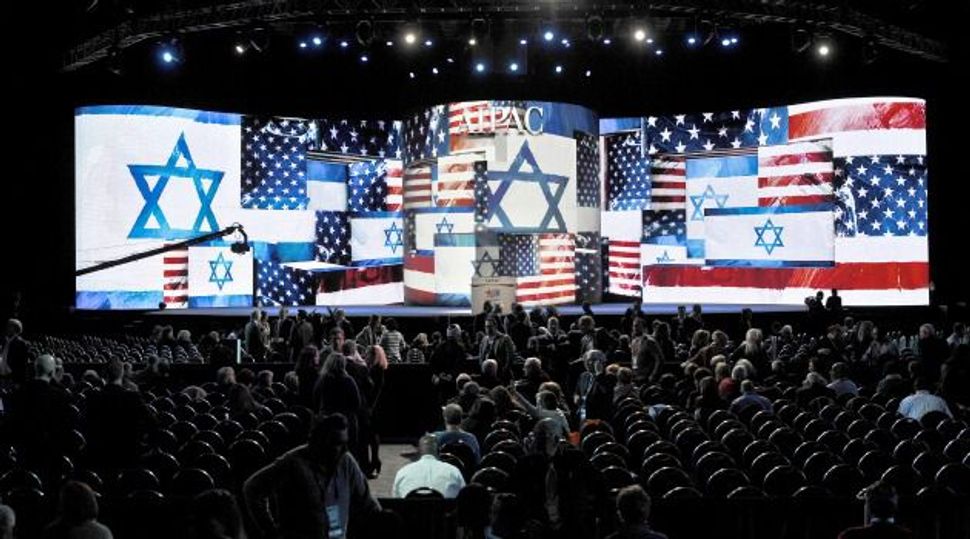 President Trump recognized Jerusalem as the capital of Israel and promised to relocate the United States embassy. He also said he would review the Iranian nuclear deal and threatened to have America withdraw unless it’s amended. Those moves checked at least two boxes on the lobby’s wish list.

But credit for these achievements has not gone to the mainstream pro-Israel lobby, which is made up of both Republicans and Democrats, but rather to partisan players in the pro-Israel scene: Jewish Republican donors, right-wing activists, Orthodox Jewish advocates, and their evangelical Christian allies within the Trump administration.

In the battle for access and influence, AIPAC is facing an uphill battle, trying to find a bipartisan voice in a world in which hyper-partisanship is paying higher dividends.

“What you see is organizations and individuals with agendas that are served by making Israel partisan,” said Josh Block, CEO and president of The Israel Project. “Sometimes they come from the anti-Israel camp and sometimes from within the pro-Israel community.”

To be sure, competition over the president’s ear has always existed, said Block, a former AIPAC spokesman. And having an open door doesn’t ensure influence influence, as when the Trump administration slammed Israel’s plan to annex parts of the West Bank. “Access doesn’t necessarily mean policy,” he said.

That’s why AIPAC is going back to its roots and sticking with its signature strategy: bipartisanship.

On Sunday, AIPAC, will tell its 18,000 delegates that the best way to serve Israel is by working with both sides. Democrats, even those who defied AIPAC on the Iran nuclear deal, will take the stage to deliver keynote speeches, and they’ll be paired with conservative Republicans. Trump arch-rivals like Adam Schiff are invited, as are staunch pro-settler Trump appointees, like ambassador to Israel David Friedman. Israeli opposition figures from left and right, even those highly critical of Benjamin Netanyahu, will get equal time.

The Trump era has brought about a rise of new elites in the world of pro-Israel activism. Voices once considered marginal because of their pro-settler ideology now have the upper hand. They reshaped the Republican Party’s platform to exclude recognition of a two-state solution and later saw the Trump administration refuse to endorse a solution based on sharing the land between Israel and an independent Palestinian state. Orthodox Jews occupy most key positions in the administration’s Middle East peace team.

AIPAC has been preparing for many of these changes for years. Under the lobby’s big tent policy, it expanded its ranks to welcome Orthodox Jews. The sight of kippah-wearing delegates is no longer a rare view at policy conferences. Non-Jewish pro-Israel activists, including Christian-Zionists and student body leaders have also become an integral part of AIPAC’s advocacy network. Organizers recognize them from the main stage, highlighting their importance to the group.

On the other end of the political spectrum, AIPAC has also been reaching out to African-American and Latino supporters of Israel, as well as to progressive Jews who might feel drawn to cross the lines and join J Street, AIPAC’s liberal competitor.

AIPAC’s legislative agenda is designed to please a broad swath of the pro-Israel community. It includes a tough stance on Iran which falls short of calling for withdrawal from the 2015 nuclear agreement which divided pro-Israel Democrats and Republicans; targeting of Palestinian terror funding, an issue that has also gained bipartisan support; anti-BDS legislation; and support for direct Israeli-Palestinian negotiations formulated in a way that avoids political pitfalls regarding the details of any future agreement.

In the long run, supporters of AIPAC believe these policies will not only be palatable by both sides, but will also prove valuable in years to come, when politics will shift and with it will forces of influence in access in Washington’s policy making circles.

“AIPAC’s No. 1 goal should be to find bipartisanship in U.S.-Israel relations, but it won’t be easy because too many seeds that promote partisanship had been planted,” said former Democratic congressman Robert Wexler who now heads the S. Daniel Abraham center for Middle East peace. “The message should be zero tolerance to any infusion of partisanship to Israel-US relations.”