First Woman To Lead An American Rabbinical Association Stepping Down 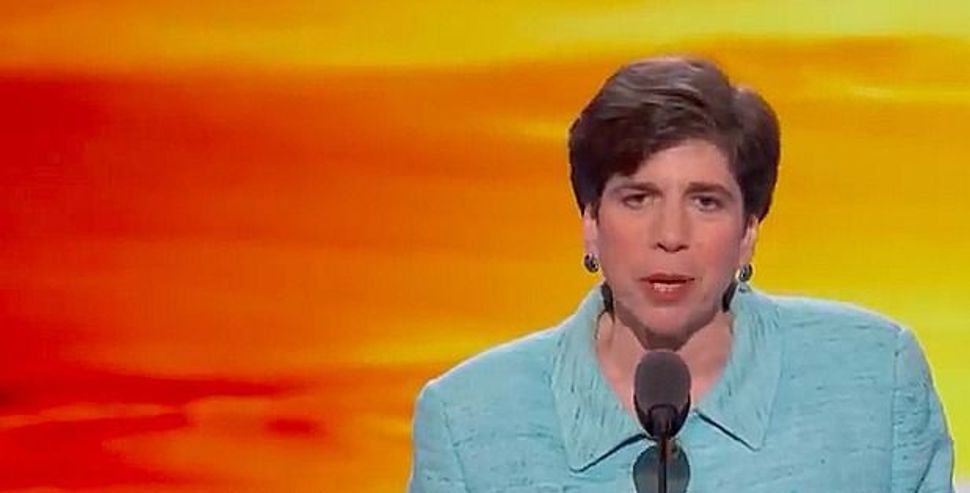 Rabbi Julie Schonfeld, who has lead the professional organization for Conservative Judaism’s rabbis since 2009, announced Friday morning that she would leave her post at the end of the year.

In a letter to members of the Rabbinical Assembly, the chairman of the group’s board, Rabbi Philip Scheim, wrote that Schonfeld had informed the leadership that she would “not to seek renewal of her contract.” She plans to begin a sabbatical in January 2019, and to officially depart the organization that June.

“There is much wisdom and value in the community’s skepticism of the very long tenures of Jewish communal leaders,” Schonfeld wrote in her own letter to the R.A. membership. “While some stability is good in light of the complexity of Jewish organizations, Conservative Judaism’s founding and fundamental lesson is that in order to thrive, our community and its institutions must repeatedly reinvent themselves. “

Schonfeld arrived at the Rabbinical Assembly at a time of transition in the Conservative movement, as the leadership of all three of its key institutions was turning over. Rabbi Steven Wernick assumed the leadership of the United Synagogue of Conservative Judaism the same year; Arnold Eisen had become chancellor of the Jewish Theological Seminary two years earlier.

In the intervening years, the movement has continued to struggle with declining numbers and resources. The Pew survey of Jewish America published in 2013 emphasized what movement leaders had long known: That while 24% of Jews over age 65 identify with the Conservative movement, just 11% of Jews between 18 and 29 did so. And just 36% of Jews brought up Conservative said they still identified with the movement today.

Recently, Schonfeld’s organization has been the focal point of a growing rift within Conservative Judaism over the movement’s approach to intermarriage. The group has maintained a ban on its members performing intermarriages, expelling rabbis who ignore the rule. Along with leaders of other branches of the movement, Schonfeld issued a document last year doubling down on opposition to intermarriage.

Within the R.A., the issue has been particularly divisive. Last year, the organization commissioned a group of leading rabbis to revisit its ban on performing intermarriages. The rabbi advised keeping the ban, though they suggested that a parallel ban on rabbis attending intermarriages should be reconsidered.

Correction: An earlier version of this story misstated Rabbi Schonfeld’s age. She is 52, not 57.

First Woman To Lead An American Rabbinical Association Stepping Down