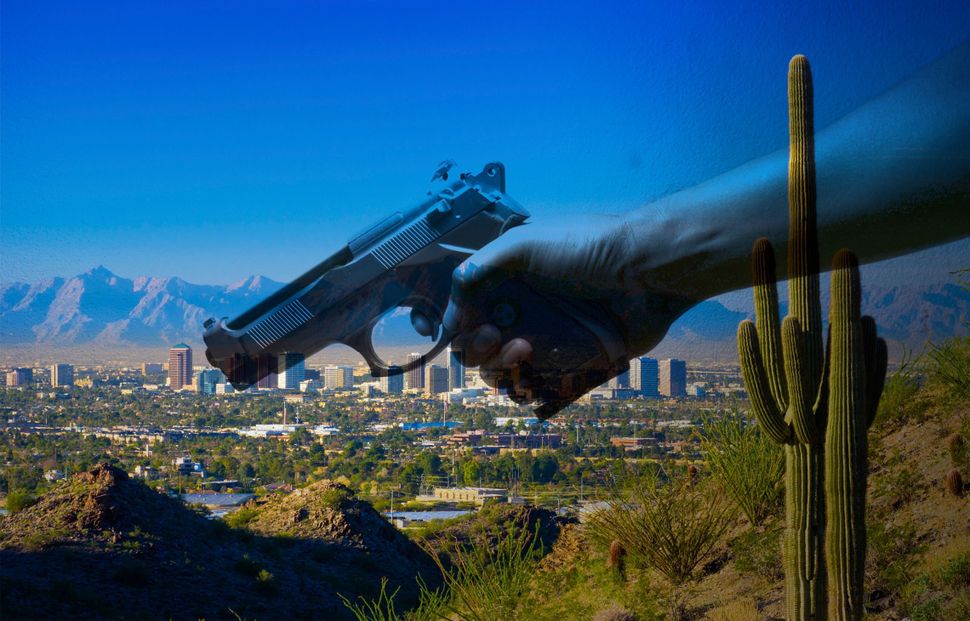 At first, the killings seemed random.

Dr. Steven Pitt, a nationally respected forensic psychiatrist, was shot outside his office in Scottsdale, Arizona.

The next day, two people were shot outside a law firm across town.

It wasn’t until a fourth body surfaced, and police received an anonymous tip, that it became clear the killings were all linked. The victims were all connected to a single drawn-out divorce case.

But while multiple law enforcement agencies were frantically searching a terrified city for the killer, Pitt’s family was dealing with quieter tasks: contacting friends and colleagues, preparing a funeral. On Monday afternoon, the two undertakings briefly dovetailed.

Just hours before Pitt’s funeral, police informed his family that they had found the killer in his Scottsdale hotel room. The news, said the rabbi who led the funeral service, helped the family separate the chaos of the previous three days from the task of celebrating Pitt’s life — a demarcation Pitt well understood.

“This was a prominent forensic psychiatrist who clearly knew that the focus of his life was his family,” said Rabbi Harold Loss, an acquaintance of Pitt’s who leads a congregation in Michigan. “He dealt with the worst of people and individuals, but always found a way to see the best in the people around him.”

Pitt, 59, was one of at least four people apparently caught up in a former patient’s bloody revenge crusade. Dwight Jones, 56, shot Pitt outside his office the afternoon of May 31. In 2010, Pitt reportedly testified about Jones’ mental state after giving him a court-ordered psychological evaluation as part of Jones’ divorce proceedings.

On June 1, Jones killed two paralegals at the firm that represented his wife during their divorce case and a therapist who happened to be subletting office space belonging to a different therapist connected to the case.

Police eventually tracked Jones to a Scottsdale hotel following a tip from someone who knew him. On Monday morning, as officers were evacuating the hotel before confronting Jones, they heard gunshots. They found Jones in his room, killed by a self-inflicted gunshot wound.

Two more victims were found Monday morning in a Scottsdale suburb, and identified Tuesday afternoon. It is not clear how they are connected to Jones’ divorce.

Pitt was a widely-respected forensic psychologist, and had served as a voice of authority on several high-profile murder cases. He consulted police investigators during the search for the killer of JonBenét Ramsey in the mid-1990s. He also assisted Phoenix police in 2006 during their hunt for the so-called Baseline Killer.

In October 2017, Pitt spoke with a Phoenix CBS affiliate about the man who opened fire on a music festival in Las Vegas, killed 58 and leaving 851 wounded. 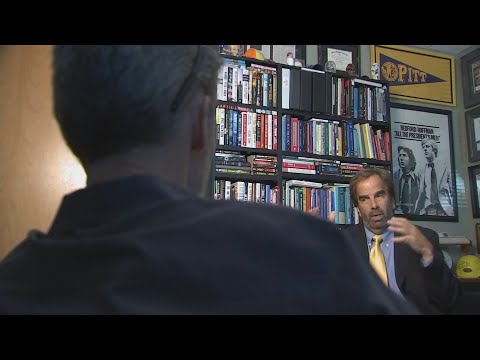 “One of the things we teach is no stone unturned,” Janofsky said. “You collect all of the universe of data, and I know he was a big believer in that approach.”

Janofsky added that this was the first instance he or any of his colleagues knew about of a forensic psychiatrist being killed by someone they had evaluated.

At his funeral, Pitt’s family celebrated his distinguished career, as well as devotion to his family. The Grammy Award-winning vocalist Diane Reeves, a friend of the family, sang the Leonard Cohen classic “Hallelujah.”

Pitt’s son Asa told a group of about 200 mourners about how his dad “was an incredible person.”

“You might have known my dad as a professional, a friend or a family member,” Asa said. “He was smart, funny, compassionate and a tremendous worker.”

Asa noted how Pitt was in some ways a consummate psychiatrist: He tended to subject even casual acquaintances to intense, sustained questioning. Loss told the Forward that that was part of Pitt’s charm.

“He was incredibly insightful,” Loss said. “He knew how to ask the right questions.”

Pitt’s brother Darryl said that all the evidence suggests that Pitt was a professional right until the end. Witnesses to his shooting told police that they could hear Pitt arguing with the man who would soon kill him. But Darryl said that Pitt’s colleagues had a different explanation for the shouting: a psychiatric technique called “matching,” in which the clinician tries to de-escalate tense interactions by initially copying their tone and pace before trying to use their own voice to make the conversation calmer.

“It’s a reflex that would be second nature with him, because you have to deal with that all the time when confronting lots of very, very bad guys during interviews,” Darryl said. “And it didn’t work in this case.”

Loss said that although Pitt put in long hours researching criminal cases or speaking with clients, there was at least one thing he always put above his work: He was never late for one of his sons’ sporting events. Pitt was a big sports fan, and a rather superstitious one, too: Asa related how his father, an alumnus of Michigan State University, liked to display the ashes of the family’s two dogs when watching the Spartans’ football games.

Darryl and Steve were born near Detroit. Their father was an alto saxophonist who played with the big bands of Artie Shaw and Glenn Miller. Darryl said that his father’s own band was the most popular group for bar and bat mitzvahs in the Detroit suburbs, and that both he and Steve benefitted from having such a beloved father — just like Steve’s own children.

When dropping his sons off at school, Steve would recite a short credo for them: “Try your hardest. Don’t say you can’t. Be nice and have fun.”

Darryl said he was still adjusting to the shock that his brother was gone. In his eulogy, he spoke of how he might have talked about that shock with his brother.

Pitt is survived by his sons Asa and Beau; his longtime partner Natalie; his brother Darryl and sister-in-law Jeanine; and two nieces, Alana and Daniella.

Update, 6/11/2018, 10 a.m. — This article has been updated to clarify Darryl Pitt’s remarks in his eulogy and the technique Steve Pitt may have used when confronting Jones.