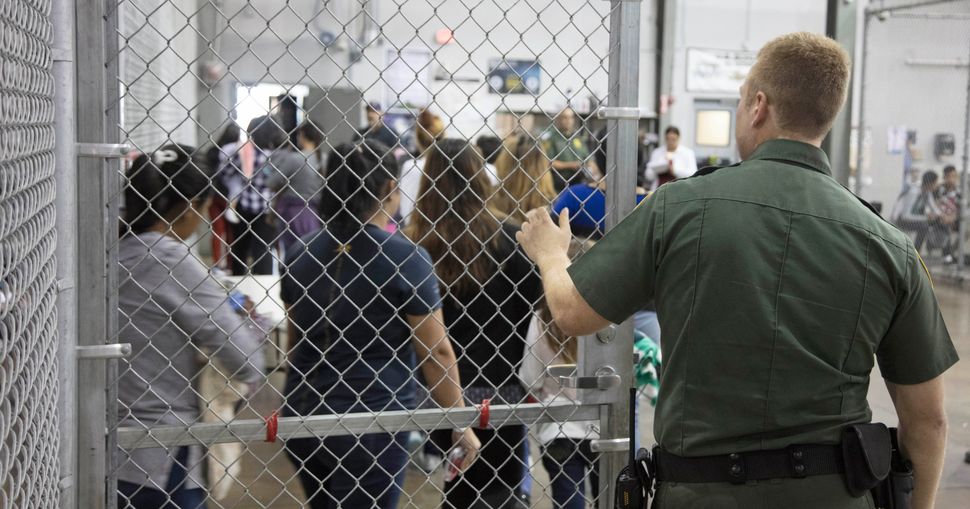 American Jewish leaders and community members are traveling to immigration detention sites around the country to protest the separation of immigrant children from their parents, which one rabbi called a “moral state of emergency.”

Rabbi Elliott Tepperman of Bnai Keshet in Montclair, New Jersey traveled on Father’s Day along with other faith leaders and several members of Congress to the immigration facility in nearby Elizabeth, where immigrant children were being held pursuant to the Trump administration’s new “zero-tolerance” policy against illegal immigration.

“The Torah is 100% clear you are to protect the stranger, to love the stranger,” Tepperman told the Forward on Monday. “We know in our heart that tearing a child from their parent is wrong.” 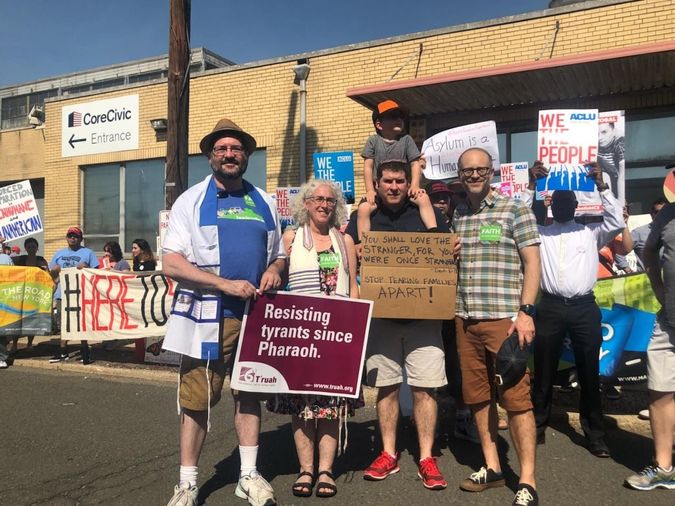 Similar protests are taking place outside detention sites around the country. Some of the most prominent are in south Texas along the Mexican border.

One Jewish resident of the border city of Brownsville, Rossana Bogorad, told the Forward she is heartbroken by the images of undocumented children being separated from their parents at the border crossing near her town. Bogorad, 58, moved from Mexico to Houston for a job in the late 1980s before marrying her Jewish husband and converting.

“As a mother it’s not right. If you want to send them back, send them back, but don’t separate those children,” Bogorad told the Forward from her job at Temple Beth-El in Brownsville. “Separating them is cruel.”

More than 1,400 children and parents are being held at the Brownsville detention center inside a former Walmart near Bogorad’s synagogue. Sen. Jeff Merkley (D-OR), who has visited centers in Brownsville and McAllen several times this month, told CNN he saw children being held inside “wire-mesh, chain linked cages that are about 30 by 30 [feet].”

Bogorad, who first came to the United States as an undocumented worker before marrying an American man and obtaining citizenship after the September 11 terror attacks, said she has family who own businesses in Veracruz and are forced to pay the cartels protection money. She explained that even with the new detention policies, many families would continue to flee countries “governed by criminals” until the government fixed the root of their political problems.

“What if your family was in the same situation? It happened with the Holocaust. People tried [to get to the United States],” she said.

Bogorad plans to attend future demonstrations at the McAllen and Brownsville facilities and advocate for more humane treatment of families looking for a better life. “These are the people who have nothing,” she said.

The letter, organized by the Anti-Defamation League and the Jewish Council for Foreign Affairs, followed a petition organized by T’ruah: The Rabbinic Call for Human Rights asking the Orthodox Union to challenge Sessions on his immigration policy when he gave a keynote address and was honored by the organization last week.

The OU responded in a statement they were “deeply concerned about any steps taken that affect families and the parent/child relationship” and that they expressed their concerns to Sessions during a private meeting.

More than 100 women of faith are planning to hold a prayer vigil in front of the U.S. Customs and Border Protection headquarters in Washington on Tuesday morning, with other actions planned across the country. Tepperman said religious leaders are planning a vigil against the policy next Sunday in West Orange, New Jersey.

Another New Jersey rabbi, Faith Joy Dantowitz, said she too would continue to speak out against the policy.

“It’s outrageous to rip a child from his parent’s arms. As Jews it makes us think back to what happened to our children when their parents were taken away [while they were] told ‘your parent is just going to take a shower,’ Dantowitz said. “How can we not stand up?”