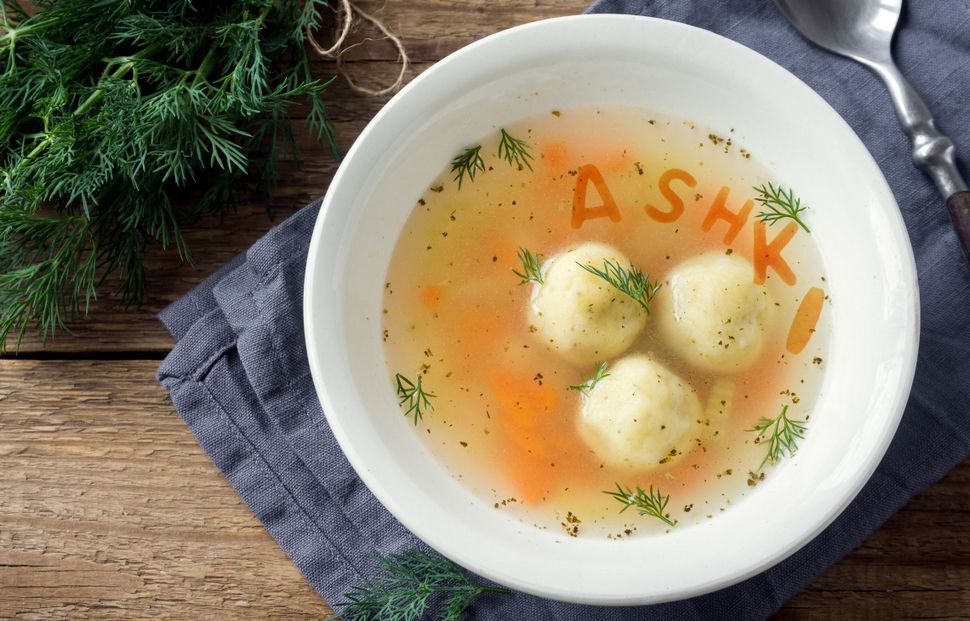 In 2018, brevity is the soul not of wit, but of identity politics. Feminine is “femme.” Masculine is “masc.” And Ashkenazi is “Ashki.”

The term, sometimes a dig and sometimes a diminutive, is popping up more frequently on social media. Like other internet-era terms for Jewish sub-groups — “ortho” for Orthdoox, “OTD” for those who used to be Orthodox — “Ashki,” and its cousin “Sephi,” are ethnic identifiers in short. The connotation depends on the user. Some Ashkenazi Jews use it as a simple descriptor. But for many Sephardic Jews, “Ashki” is a way to poke fun at the idiosyncrasies of Jews whose ancestors immigrated to the United States from Eastern Europe — Jews who greatly outnumber them.

“Groups come up with nicknames for other groups,” said Sarah Bunin Benor, a professor of Jewish studies at Hebrew Union College-Jewish Institute of Religion in Los Angeles. “Especially when they’re in a minoritized position, they tend to come up with somewhat offensive nicknames for the dominant group.”

“Ashki” made its first appearance on the Forward’s site in May, when “Jewish Twitter” — basically, Jews who tweet — dove into the “unpopular opinions” meme that was then popular on the site.

The term is gaining visibility as Jewish communities online are engaging in heated — if not always constructive — discussion about the role of race in Judaism. Sephardic Jews have long lamented “Ashkenormativity” in Jewish life: the tendency of Jewish institutions to favor light-skinned Jews with Eastern European heritage. “Ashki” is just a small piece of the complex cultural give-and-take between the two largest general ethnic groups in Judaism.

The term is certainly used for in-real-life conversations, according to people who grew up hearing it. It also has a vibrant life online. One of the places it sees consistent use is the Facebook page Mizrachi Jew Memes, which has about 3,000 followers. (Mizrachi, which means “eastern” in Hebrew, is a general synonym for Sephardic.)

There’s nothing new about Sephardic Jews mocking Ashkenazi Jews. That’s been going on for at least a hundred years, and probably longer, according to Benor. She said that the Ashki/Sephi language points to a broader pattern in ethnic linguistics: minority groups creatively, and somewhat subversively, nicknaming the ethnic and cultural majorities in their society.

As the memes have it, ashki Jews are worthy of ridicule for a variety of offenses. They daven (pray) too quickly, and pronounce the prayerbook’s Hebrew in the S-heavy dialect of Eastern Europe. They can’t handle spicy food; they think salt is a spice. They’re square, and uncool, and hold liberal political positions on the Israeli-Palestinian conflict. They’re obsessed with gefilte fish.

In the free-for-all spirit of the internet’s meme factories, the Mizrachi Jew Memes aimed at non-Ashkenazi Jews also do not pull punches. (The group’s About section contains the line, “NOT FOR THE EASILY OFFENDED.”) They suggest that Sephardic Jews (ahem, Sephis) and Bukharians drink, sing and dance (in that order) altogether too much. They pray altogether too much. They’re hyper-heteronormative. They have multiple wives. They really love wealth.

For the page’s creator, who wished to remain anonymous to avoid being targeted by Facebook trolls, “Ashki” is a simple abbreviation.

“I grew up in a very bukharian neighborhood and we always called each other ‘bukhs’ and Ashkenazim ‘Ashkis,’” he said in a message on Facebook.

At least in the U.S., Ashkenazi Jews have long held power over the largest institutions of Jewish life. That has led some non-Ashkenazi communities to feel marginalized, and, in some cases, to create their own parallel institutional structures.

But, as Benor explained, through their language, Sephardic Jews have been able to get a taste of revenge on their Eastern European cousins. In the early 20th century, Ashkenazi Jews were sometimes called vusvusim by Sephardic Jews in Israel. The “vus” is a reference to the Yiddish word for “what.” Benor says the term arose because when Ashkenazi couldn’t understand a Sephardic Jew’s accent, they would respond, “Vus? Vus?”

Benor, who maintains an online lexicon of Jewish terms, said another popular term, especially among American Syrian Jews, was “j-dub,” as in an abbreviated spelling of the word “Jew.” They also liked to call Ashkenazi Jews “itchy,” what Benor says was likely a corruption of Syrian Jews repeating the word “Yiddish” over and over.

Benor said that the term “Ashki” follows somewhat in this tradition: It carries the connotation of mockery, but without stepping over the line into an outright slur.

“It almost seems like it’s slightly pejorative, but not necessarily,” said Benor. “There’s power dynamics there.”

But for some, the term doesn’t hold any key to understanding Ashkenazi/Sephardi power dynamics. It’s just a descriptor.

“I just use it as a shortened form of Ashkenazi, the same way I say “black” instead of my whole heritage,” said Victoria Gagliardo Silver, a writer. “It’s just shorter.”

The history of “Ashki” itself — and the correct spelling; some people have it as “ashky” — is harder to pin down. The founder of the Mizrachi Jew Memes page said he’s heard it all his life in his Bukharian community, in Queens. Steuart Hutchinson Blue, a professor of foreign languages at the University of Kyrenia in Cyprus, said he heard the term growing up in London.

“As far as I can recall, Ashkie & Sefi were used, but not common currency,” Blue, 50, wrote in an email. Blue said that there were numerous other terms — “Frumie” for religious Jews; “Jewie” for Jews with glitzy taste — that made the rounds then, too.

But the term seems to have only made it to the internet in the past couple of years.

And if the term did in fact come out of New York’s non-Ashkenazi communities, that would explain its more common usage in the New York City area.

“I didn’t hear the term ‘Ashki’ until I moved to New York,” said Ariel Tidhar, an Israeli-American fashion and Judaica designer. Tidhar, 24, said she first heard it from a Persian from Great Neck.

“When they said it, I don’t think I took it in a negative,” she said. “I just think its cutesy.”

Correction, 7/17/2018, 8:00 a.m. — A previous version of this article stated that “itchy” was a reference to beards. In fact, it is more likely a corruption of the Syrian pronunciation of the word “Yiddish.”

Ari Feldman is an Ashki staff writer at the Forward. Got questions or comments about the Ashki question? Contact him at [email protected] or follow him on Twitter @aefeldman