Ashkenazi Jews Used To Look Down On Us. Now They Gaslight Us Instead 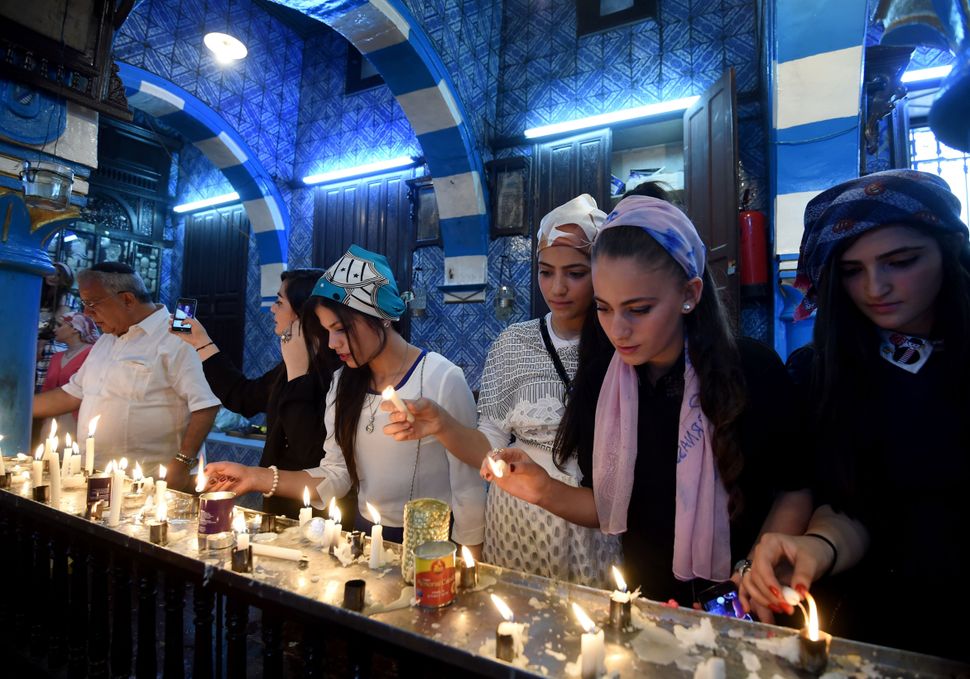 My great, great grandpa, Solomon Calvo and his friend, Jacob Policar, were the first Sephardic Jews in Seattle, immigrating from the island of Marmara in Turkey. But their welcome in the local Jewish community wasn’t exactly as warm as you’d expect of Jews greeting other Jews. Upon arrival, they were told they couldn’t possibly be Jewish because they didn’t speak Yiddish. The local Rabbi was so adamant that they couldn’t be Jews that he wrote to a Rabbi in New York who knew them in order to confirm their Jewishness.

Over the years, I’ve read accounts about how Sephardic men were asked to drop their pants in order to prove they were wearing tzitzit, and how even their own Ashkenazi brethren regularly referred to them as “Dirty Jews.” Ashkenazim saw their Sehardic cousins as backward, behind the times and poorly educated.

I’ve often wondered if these attitudes were born of stubborn ignorance or total disregard of the Ottoman Empire’s treatment of Jews as dhimmis — second-class citizens not allowed to rise above their Muslim neighbors.

Every time I have mentioned these historical tidbits from my family on places like Twitter, I have had multiple Ashkenazim respond that this couldn’t possibly be true, as if these strangers know my own family history better than I do.

“People couldn’t have possibly been that ignorant,” they claim, as if no Ashkenazi in the history of the Jews could ever be ignorant, biased, or demeaning.

That ignorance and general disregard towards other Jewish cultures and experiences is something I experienced regularly growing up.

Due to both the cold treatment by Ashkenazi Jews and differing cultures, my great, great grandpa helped found a synagogue, Sephardic Bikur Cholim, in Seattle. It was this synagogue I attended the first seven years of my life, going to Hebrew School on Sundays and learning about my family’s tradition. I stopped going for a few years when I turned seven due to a diagnosis of Juvenile Rheumatoid Arthritis that my mom and I were struggling to get under control. But by the time I was prepared to go back at age 11, most of my family had switched over to a local Reform synagogue – which was Ashkenazi — and we followed suit.

I felt completely lost at this new synagogue. I didn’t know the songs they were singing, the food they talked about, or any of the Yiddish words commonly sprinkled into sentences. Worse, we never seemed to learn about history that was related to my family.

Had those four years that I missed Hebrew School really put me that far behind? Did they cover Sephardic history in those four years I was absent? Why did everyone seem to have a different response to sneezing than I and a few peers had?

It left me feeling completely out of place for those few hours every Sunday. I constantly wondered why I always felt so Jewish in the “real world” and not Jewish enough when surrounded by other Jews. It made me resentful of those years I missed, furthering my anger with a disease I couldn’t control and dismayed with my mom for not pushing me harder to go to Hebrew School even when I was sick, an entirely unfair accusation against her.

It was only when I came to Israel in my twenties that I started to decipher that the real issue wasn’t that I wasn’t Jewish enough but that I wasn’t Ashkenazi enough. I had never realized I still always felt more at home the times we would go back to Bikur Cholim. That no, the reform Sunday school definitely didn’t cover Sephardic history between the ages of 8 and 11. That not every Jew ate kugel or gefilte fish and that the family recipes I grew up with were indeed just as Jewish.

In retrospect it makes me angry that those in charge of teaching us our people’s history and traditions were completely oblivious to the large number of grandchildren of Seattle’s Sephardic pioneers that were sitting in their classrooms, as if we didn’t have arguably more delicious foods to talk about, as if we didn’t grow up hearing our grandparents swear in Ladino rather than Yiddish, as if there isn’t Jewish history that occurred outside of Europe.

So why do I bring this all up now, when relations between Ashkenazim, Sephardim, Mizrahim, and other Jewish ethnicities are considerably better than they used to be? (We even intermarry now!)

Now that relations have normalized, we Sephardic Jews have to deal with another infuriating facet of Ashkenormativity: the erasure not of our culture but of our experience having that culture erased.

Furthermore, we still see some of those latent biases quite regularly. Ashkenazim constantly lump Sephardic Jews in with Mizrahi Jews because it seems they don’t consider it worth learning about the differences.

But far more pernicious is the way the Ashkenazi Left treats Sephardic and Mizrahi Jews. Left wing Ashkenazic Jews often accuse Sephardic and Mizrahi progressives who don’t toe their line point-for-point of being fake progressives, “posturing as people of color” or, just like in 1902 when my family arrived from the Ottoman Empire, they tell those of us from brown countries that we’re ignorant or backwards. They simultaneously claim none of us are really people of color, denying the racism many from these backgrounds have experienced, while negatively labeling us in a framework they’ve saved for people from countries that produce people of color. It’s some serious mental gymnastics.

Personally speaking, I often get an unwanted viewing seat to these mindsets. Being tall, blonde, and blue eyed, many often assume I must be Ashkenazi and therefore feel comfortable making these comments in front of me, ignorant of the fact they’re actively demeaning me and my family.

My politics are largely progressive. I’m pro-choice and pro-gay rights, and I believe we should be helping African refugees rather than deporting them to dangerous situations. I believe in a two state solution to the Israeli-Palestinian conflict and I refuse to lump every person of a single faith or ethnicity in one easy-to-label, negative bag.

Yet, when I am outspoken in my support for Israel, make a case for why Palestinians should be expected to allow Jews to live in their ancestral lands of Judea and Samaria, argue that the term “occupation” as well as the occupation itself is not as black and white as many try to make it, or when I expect Palestinians to be held accountable for their choices and actions the way the international media holds Israel accountable, other liberals often look at me in bewilderment.

More times than I can count, upon finding out my family is from Turkey, these baffled Ashkenazim respond with knowing, patronizing smiles. “Oooh so that’s why you’re so right wing!” They say.

This is so unbelievably patronizing and borderline racist. How is it relevant where my family immigrated from four generations ago? Does my family being Sephardic somehow negate my ability to form an opinion based on history, data, and experiences? If I am not a person of color, why are my opinions so easily dismissed because of my darker skinned relatives origins?

This isn’t to say that every Jew on the left is Ashkenazi or that every Ashkenazi is on the left. I’m not even arguing that every Ashkenazi thinks and acts this way. But I get these attacks overwhelmingly from leftists who are also Ashkenazi, while I can’t recall a single time I’ve ever seen a Sephardic or Mizrahi leftist make such nasty, bigoted accusations against an Ashkenazi liberal they didn’t agree with.

To my Ashkenazi friends, I don’t mean to insult or accuse but I ask you to reflect on these divisions. Are there latent biases you hold and project onto other Jews of a different background? How much of our background, stories, and languages do you know? Because I can safely say we all know a lot more Yiddish than you know Ladino, Bukhori, or any of the Judeo-Arabic dialects. We all grew up learning all about your history in Europe, did you learn anything about our histories in other parts of the world?

There’s the old joke of “two Jews, three opinions” and to some extent, it holds a lot of water. But I believe that in the big picture of things, we as Jews have a lot of similar hopes and goals for our people and the world we live in. How can we unite and move towards those goals if disagreements are not seen as something to be discussed, but dismissed as ignorant simply because of where our ancestors ended up in the diaspora?

Until we drag these biases into the open to be done away with for good, how can we truly progress as a people?

Ashkenazi Jews Used To Look Down On Us. Now They Gaslight Us Instead