Enough With The ‘Ashkenormativity,’ Buzzfeed 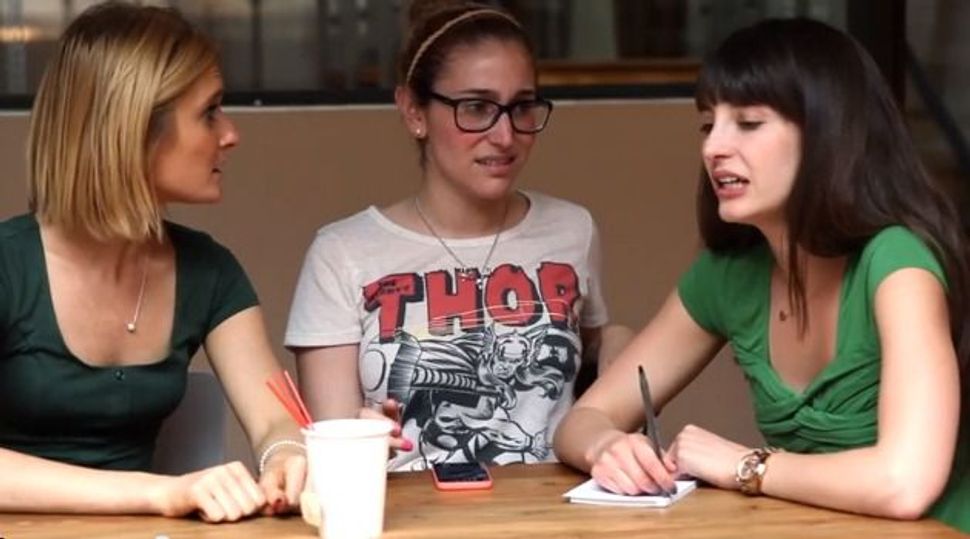 Another day, another Buzzfeed Jewish-centric video. And much like their other chosen productions, it’s incredibly Ashkenormative.

“11 Things Jewish Friends Just Get” tells the tale of two nominally Jewish ladies, who have to stick together in the face of incredibe goyish ignorance. Thank God someone in this room understands what “schlepping” means, amirite?

Aside from being a generally inane piece of content, as a Sephardi of Moroccan origin, I find the repeated equating of “Jewish” with “Yiddish” tiresome. While I understand the impulse to celebrate the cemented bond that comes with being able to declare “This tastes like Manischewitz” and have your friend know exactly what that means, it’s not a universal Jewish experience. It’s an Ashkenazi one.

If you search #chleu (French slang for Moroccan Jew — Note: kosher for insiders only; if you’re not Jewish, don’t use it) on Instagram, you will find a slew of Sephardi memes. Some apply to all Jews (and basically anyone who’s ever been to a wedding): “Going to a wedding and having the elders tell you ‘You’re next.’”

Some are more Sephardi-specific: “Oh yeah, you ate a lot over Christmas? Just wait until I invite you over for daf.” (Dafina, a stew of meat, potato, egg and chickpeas much like cholent, puts the consumer in an instant food coma.)

If we want to get even more insider-y, there are the jokes only Montreal Moroccan Jews will understand:

The point is, Judaism, even in its most basic, cultural form, isn’t defined by whether or not you can spell “kvetch.” So, enough Buzzfeed. Enough.

Enough With The ‘Ashkenormativity,’ Buzzfeed