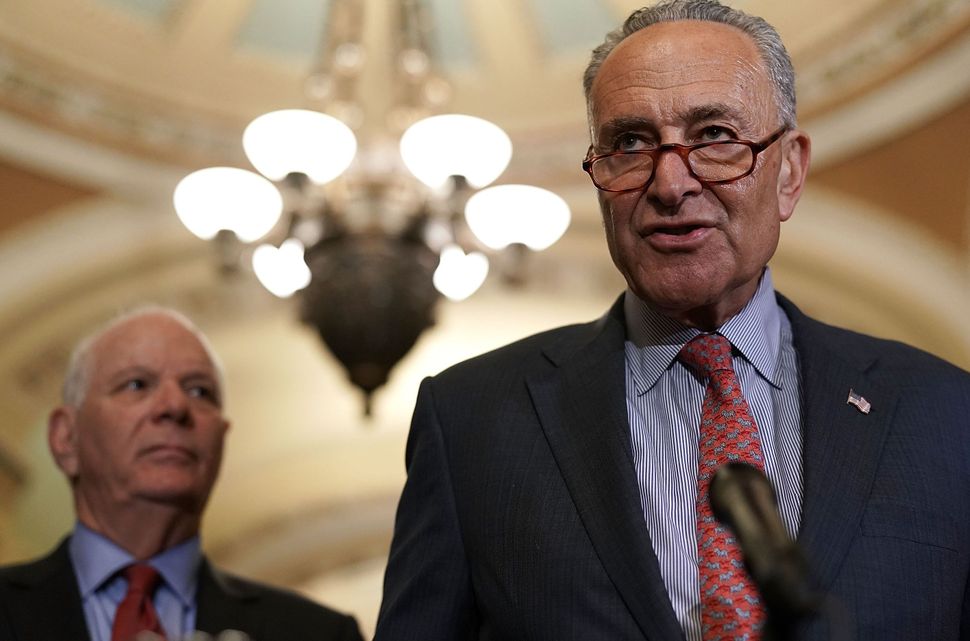 The Iraqi Jewish Archive, a trove of items from Iraq’s Jewish community that made its way to the United States for restoration, is at the center of a complex web of issues touching on the forced exodus of Middle Eastern Jews from their home countries, U.S. policy regarding those Jews’ claims to stolen property, the decimation of minorities under Saddam Hussein and the cultural losses incurred in Iraq after the U.S. invasion in 2003.

Now, as the Archive faces imminent return to Iraq — an agreement to extend its stay in the United States, signed in 2014, will expire this September — a bipartisan group of senators is advocating for the archive to stay in the United States. Senators Pat Toomey, Charles Schumer and Richard Blumenthal today introduced a resolution advising that the United States initiate new negotiations with Iraq over the archive’s future. The resolution, co-sponsored by Senator Marco Rubio, is functionally identical to a similar resolution the Senate passed unanimously in 2014.

Yet the bill’s passage would have no direct legal effect on plans to return the archive in September. “As a resolution, it would have no legal effect, although, if it passes, it would be an expression of Congress’ intent,” said Patty Gerstenblith, director of DePaul College of Law’s Center for Art, Museum and Cultural Heritage Law.

Rather, the resolution urges the State Department to renegotiate the terms of the original agreement reached over the archive. That agreement permitted the archive to be removed to the United States for restoration, and necessitated its eventual return to Iraq.

Toomey, Schumer and Blumenthal’s bill additionally resolves that a permanent home for the archive should be found in a location “accessible to scholars and to Iraqi Jews and their descendants,” and stipulates that the original agreement was reached hastily, and before American authorities had learned “the complete history” of the archive. Its five proposed resolutions, all of which are identical to those in its 2014 predecessor, include affirmations of “the United States’ commitment to cultural property under international law” and a commitment to pursue justice for “victims of ethnic and religious persecution.”

“This resolution is meant to strengthen the position of the United States, which is that the temporary custody of these artifacts should be extended,” said Steve Kelley, Toomey’s press secretary. “The resolution is a show of support from Congress for the work that the Department of State has done in support of preserving, protecting, and displaying these important artifacts.”

In a recent series on the Iraqi Jewish Archive, the Forward explored the archive’s history, political significance and personal resonance for exiled Iraqi Jews and their descendants. Read all three parts: “The Last Relics Of Iraq’s Jewish Past Are In America. Should They Be Returned?,” “In Exile, Iraqi Jews Are Desperate To Reclaim Their Artifacts — But So Is Iraq” and “The Iraqi Jewish Archive Could Reshape Foreign Policy. But Its Future Is Uncertain.”

Update note: At 1:40 p.m., this story was updated to include comment from Patty Gerstenblith, director of DePaul College of Law’s Center for Art, Museum and Cultural Heritage Law

Update note: At 4:40 p.m., this story was updated to include comment from Steve Kelley, Senator Toomey’s press secretary