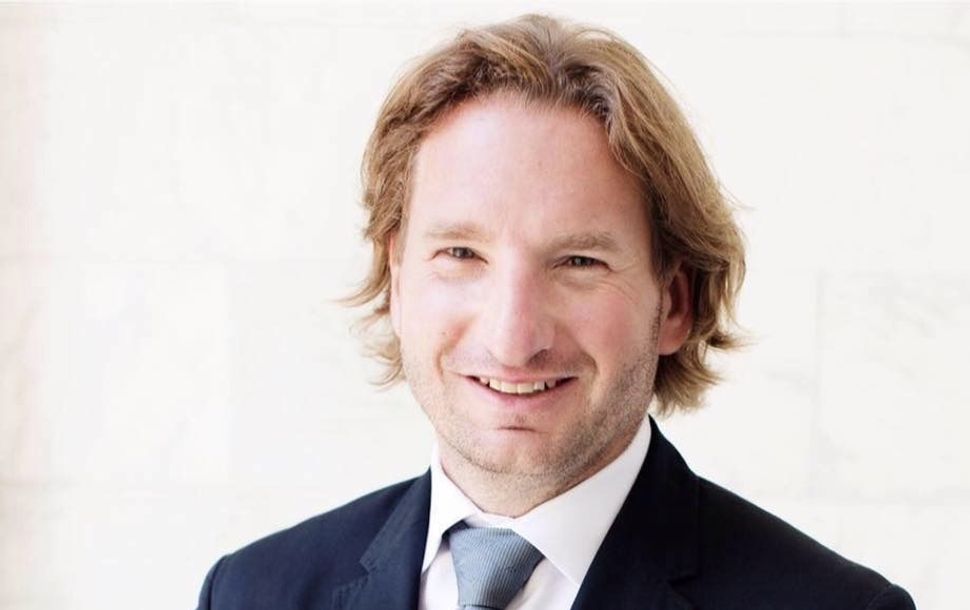 A Jewish entrepreneur whose grandmother was advice columnist Dear Abby has won the Democratic primary for a key swing seat in suburban Minneapolis.

Dean Phillips, who ran Talenti Gelato and once made headlines by voluntarily giving his low-wage coffee company employees a raise, cruised to an 82%-to-18% victory over rival Cole Young.

He will face Republican Rep. Erik Paulsen in Minnesota’s Third Congressional District, who ran unopposed for the GOP nod.

The victory makes Phillips the latest in a string of Jewish insurgent candidates seeking to snatch Republican-held seats as Democrats try to retake Congress in November’s midterm elections..

Phillips says his Jewish background — and comfortable upbringing — helped inspire him to run as a fiscally moderate, socially liberal candidate in an effort to unseat Paulsen.

“Repairing the world is incumbent on those who have the ability to speak for those whose voices are quiet, and to lead in the absence of principled leadership, and to explore and educate oneself and embody these principles we’ve practiced for millennia,” he said in a 2017 interview with TC Jewfolk. “That’s part of my DNA.”

Geoffrey Skelley, a non-partisan election analyst with Sabato’s Crystal Ball, said the fact Hillary Clinton carried the area by a sizable margin has made it by “default a target” for Democrats. Phillips, whose family also ran a liquor company, has raised $3 million, mostly from small donors.

“Phillips raised a lot of money, which almost always gives you something of a better shot,” the analyst said.

Phillips has no previous political experience. He has said he decided to run when Paulsen voted in favor President Trump’s plan to repeal part of the Affordable Care Act.

Paulsen’s campaign has attacked Phillips for being a hypocrite about his sprawling investment portfolio, including controversial oil pipelines.

“While campaigning and calling for a ‘fossil fuel economy,’ Phillips was heavily invested in gas, oil, pipeline, coal and mining,” a Paulsen spokesman said in an email.

The Paulsen spokesman added that Democrats spent about $6 million on TV ads alone in an failed effort to flip the district in 2016.

The district has a sizeable Jewish population, with 2.56% of the population identifying as members of the tribe.

Though historically Republican, the district has been trending more Democratic. It also resembles other suburban districts that have seen surges of support for Democrats as anger at Trump spreads among suburban and better-educated voters this year.

Phillips has an unusual life story, tinged with both tragedy and good fortune. His biological father, Artie Pfefer, was killed in Vietnam six months after he was born.

Him mother, DeeDee, eventually remarried Eddie Phillips, whose family owns the national liquor distribution company and created the Jay and Rose Phillips Family Foundation, which has donated hundreds of thousands of dollars to local and national Jewish groups.

“Fate dealt me a lucky hand in 1972 when my mother married Eddie Phillips, who adopted me, nurtured me, and brought me into a family of great achievement and high expectations,” Phillips wrote on his campaign website.

The family also had a famous member known for doling out advice. His grandmother was Pauline Friedman Phillips, known to millions of Americans as “Dear Abby.”

After leaving Talenti, Phillips opened Penny’s Coffee, where he voluntarily decided to pay his workers a $15 minimum wage their two Minneapolis locations.

Pia was diagnosed with Hodgkin’s Lymphoma when she was 13 and used that experience to found the nonprofit Pab’s Packs, which donates backpacks full of donated goodies to kids at children’s hospitals.