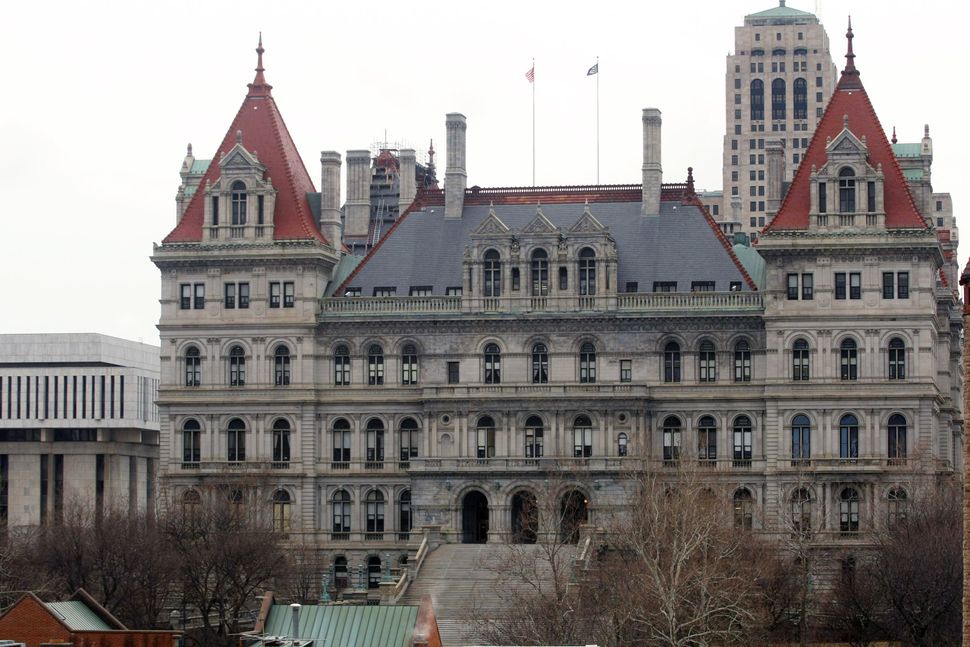 The last time Judy Rapfogel had business in the halls of the New York State legislature, she was the chief of staff to one of the most powerful men in state government.

That was before a court in Manhattan convicted her boss, onetime New York State Assembly speaker Sheldon Silver, of corruption.

Now, three years later, she’s back, with a brand-new career as a lobbyist, a brand-new lobbying firm, and a big lobbying contract.

When Silver was convicted in late 2016, Rapfogel lost one of the most powerful, and best-compensated, perches in the state legislature. Her return to Albany as a lobbyist is the latest twist in the story of a tough, plainspoken backroom operator whose husband, William Rapfogel, and boss, Silver, tumbled from positions of extraordinary power, one after the other, in a matter of months.

According to public filings, Rapfogel and her son, a former vice president at the real estate development firm Forest City Ratner, have a $240,000 contract from a Virginia-based victim’s advocacy nonprofit to lobby in support of a bill extending the statute of limitations for child victims of sex crimes.

Early in the morning on the first day of the legislative session this year, a journalist with the local news channel NY1 tweeted that she had been spotted outside the office of Carl Heastie, Silver’s successor as speaker.

“This is about bringing justice to survivors and protecting children from predators,” her son, Michael Rapfogel, told the Forward. “The cause picked us but it is something we are happy to fight for.”

Rapfogel spent nearly four decades at Silver’s side, as he rose from the then-crumbling Jewish ghetto of the Lower East Side to become one of the so-called “three men in a room” who ran New York State government. Her husband, meanwhile, was a power broker in his own right, as the executive director of one of the most politically influential charities in New York City, the Metropolitan Council on Jewish Poverty.

In 2014, it all unraveled in a spectacular fashion. That July, a federal court sentenced her husband to prison for taking kickbacks from his charity’s insurance broker. And in January 2015, the U.S. Attorney for the Southern District of New York indicted Silver for corruption.

Silver, for his part, resigned his speakership soon after he was indicted, but kept his Assembly seat until he was first convicted in November of 2015.

During those months when Silver was relegated back to the Assembly rank-and-file, Judy Rapfogel remained his vociferous defender.

“I guarantee you, if anyone speaks out against Shelly she’s taking names,” one Albany lobbyist told the Forward that February. “And no one wants to piss her off.” 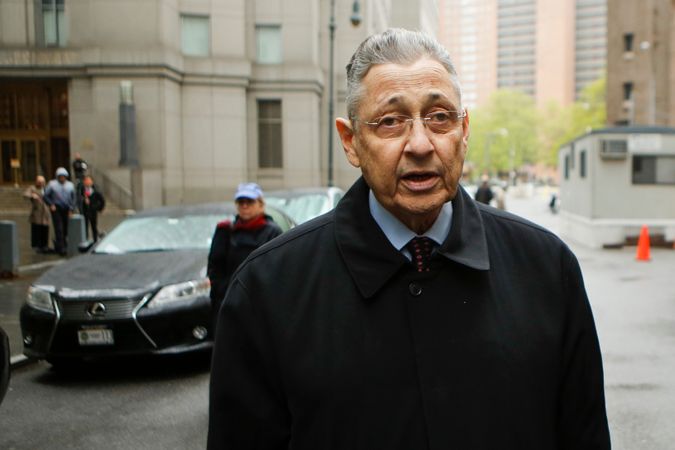 After the federal courts were done with Silver, however, there was little reputation left to defend.

“The bottom line is that Silver wanted to seem to be a man of the people while he was using his public position to richly line his own pockets,” Judge Valerie Caproni said at his sentencing in July of 2018, which came after his first conviction was overturned on appeal and he was convicted a second time at a retrial.

The fallout of the convictions of Silver and Rapfogel shook the Lower East Side, the Jewish community, and New York State government. Silver and William Rapfogel had been close friends and allies, and together had been dominant figures in the life and politics of the Lower East Side, the neighborhood they shared. Their convictions marked the end of an era in Jewish power and politics in the state.

Judy Rapfogel was not implicated in the crimes of her husband or her longtime boss. After leaving Albany, where she’d earned $180,500 per year, she became eligible for a pension worth at least $126,000 per year, according to the New York Daily News. She found work at Kushner Companies, the real estate firm at the time run by Jared Kushner, but left that position by late 2017, according to the Daily News.

In late December of 2018, Rapfogel and her son set up a company called GrandRap Strategies, presumably a reference to Grand Street, the heart of what’s left of the Jewish Lower East Side. On January 3, the new firm signed the $240,000 lobbying contract with the Victim Policy Institute, the 501(c)4 arm of the National Center for Victims of Crime.

“We agreed to come on to help strategize, build a vison and advocate for passage of the act so we set up our firm GrandRap Strategies,” Michael Rapfogel said. “They asked if we’d be interested in working to help pass the Child Victims Act and we felt that this was a cause we could get behind and be proud of.”

Victims’ advocates have for years championed the Child Victims Act, which would make it easier for child victims of sex crimes to seek retribution in civil court. The bill has previously passed in the state Assembly, and Silver publicly backed the measure as early as 2006. But legislators in the Senate, long controlled by Republicans, have blocked the bill. Religious groups, including the Catholic church and the ultra-Orthodox umbrella group Agudath Israel of America, have objected to portions of the proposed act. With the Senate now under Democratic control, advocates are hopeful that it could pass this session.

The Rapfogels’ fee of $20,000 per month is significant for an Albany lobbyist.

Michael Rapfogel did not respond to a question about his firm’s fee.