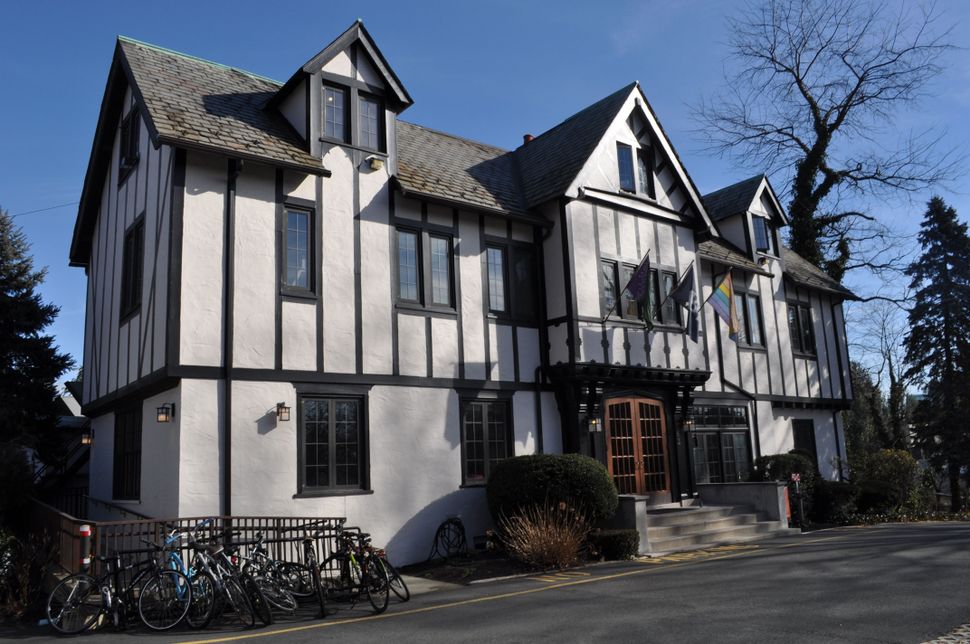 When several students at Princeton University returned from a recent class trip to Israel, they sat down to talk about how disturbed they were by their visits to Bethlehem, East Jerusalem and other Palestinian territories.

“It was really hard to see,” said Emily Kunkel, a senior on the trip. “Hard doesn’t even encapsulate it — every existence of being was ‘occupied’ in the most literal sense of the word.”

Some of the students who were also members of one of the university’s storied “eating clubs” — Terrace Club — felt inspired to act on their feelings, and conceived a plan to hang a “Free Palestine” banner on the club’s building.

Princeton is known as the “conservative Ivy.” But Terrace is known as its most progressive eating club.

The plan triggered an uproar on the generally quiescent Ivy League campus. For around two months, various factions argued about the banner: Were students obligated to take a stand against injustice? Would a banner be misinterpreted as anti-Semitic? What should it say, and where should it hang?

“When it comes to Princeton’s campus, you end up having to talk about things like this in a way that doesn’t piss people off,” Nadeem Demian, a Terrace Club member, said. “There’s always the fear of it people calling it anti-Semitic, even if you know it isn’t.”

Princeton is known for its soaring neo-Gothic architecture, benefactors like John D. Rockefeller, and Andrew Carnegie, and its 11 different “eating clubs,” which serve as both private dining halls and social spaces to approximately 70 percent of juniors and seniors. Located on Prospect Avenue, or what students at Princeton refer to as “the Street,” the eating clubs have often been the center of political dialogue and social change at Princeton. One way Terrace — unlike other clubs — has participated in this conversation is by hanging a banner over its front door. Right now, they’re flying the rainbow LGBTQ flag.

Student expressions of solidarity with the Palestinian cause have generated debate and controversy on other elite campuses as well in recent years. College administrators at Barnard College removed a similar banner hung by members of Students for Justice in Palestine in 2014. In November 2018, administrators at UCLA faced pushback from the Los Angeles City Council for hosting Palestinian advocates accused of being anti-Semitic.

In 2017, Princeton itself was at the center of a similar controversy when its chapter of the Jewish students organization, Hillel, canceled a speech from Israeli Deputy Foreign Minister Tzipi Hotovely after its students objected.

The students who wanted to hang the “Free Palestine” banner went to Israel on a class trip with Max Weiss, professor of History and Near Eastern Studies, and Joshua Guild, professor of History and African American Studies. Their trip included discussions with Israeli academics at Tel Aviv University, Jewish documentarians and representatives from the Israeli NGO, Breaking the Silence. Several students from the trip formed a group now known as “Terrace for Palestine,” or “T4P.”

After they came back, in November, they led discussions among Terrace Club’s 157 student members. For two months, activists held forums about the club’s historical role in representing marginalized groups and why they wanted to hang this banner.

One member, Donald Della Pietra, didn’t want the club to express any opinion regarding a “tense issue” that he personally wanted to stay neutral on.

In part to address such concerns, Terrace For Palestine proposed a change in the text — “Human Rights for Palestinians” — in the hope that more students would be comfortable with it.

“I believe that no matter how carefully phrased the banner is, there will always be room to misinterpret the message behind it,” wrote Michael Stambler, a Jewish member of Terrace who participated in a forum about the banner and disseminated his thoughts in writing. The alternative wording implied that Israel was taking human rights away from Palestinians, Stambler wrote, and that therefore anyone who supports Israel also supports depriving Palestinians of their human rights.

The club members also talked a lot about the fact that Terrace happens to be next door to the school’s Hillel, called the Center for Jewish Life. They exchanged lengthy emails about that fact, and the unwelcoming message such a banner could send to Jewish students. 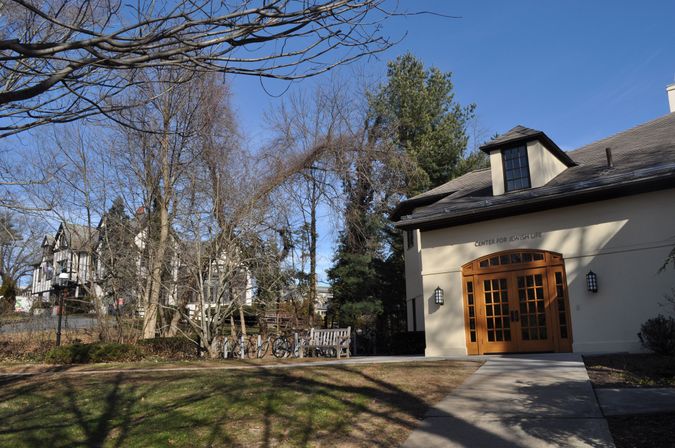 For their part, the students who wanted to hang the banner were frustrated that Hillel was being invoked at all. The rules of its parent organization regarding campus speakers had already stymied their efforts to bring to campus supporters of the Boycott, Divestment and Sanctions movement against the Israeli occupation of territory claimed by Palestinians for a future state.

Ultimately, Terrace for Palestine’s efforts culminated in a club-wide vote on December 13. A majority voted to hang a banner that would have read “Human Rights for Palestinians” — but Fey Popoola, the club’s student president, overruled the vote.

She did so after consulting with the club’s graduate alumni board, and cited inhabitants’ safety (officers of Terrace live in the building), the club’s location next to the Center for Jewish Life and the potential for misinterpreted “anti-Semitic vibes.”

“There was never any doubt in our mind that a banner that reads ‘Human Rights for Palestinians’ doesn’t have an ounce of anti-Semitism to it,” a Jewish member of Terrace for Palestine, who requested anonymity, said. “At the end of the day, we’re a club with basic values such as everyone gets human rights.”

(Disclosure: The author of this story is a member of Terrace, but didn’t participate in either conversations about the banner or the vote.)

Popoola declined to comment to the Forward, but in an email to Terrace for Palestine members, promised that the club would “continue being the most forward-thinking and progressive only through conversations and proposals like yours.”

In lieu of a “Human Rights for Palestine” banner, the Terrace Club is considering several alternative forms for activism, including debates, vigils, marches and funding dedicated to Terrace for Palestine. Planning has slowed, though, until after final exams are over.

“On the whole, this is a loss, but also a win,” the member of Terrace for Palestine said. “It’s unimaginable how much time people have spent thinking about Palestine in the past few weeks and I’m sure there will be more discussions.”

Mahishan Gnanaseharan is a junior at Princeton University. He has written for the Times of Trenton and Planet Princeton, and is from West Orange, New Jersey.