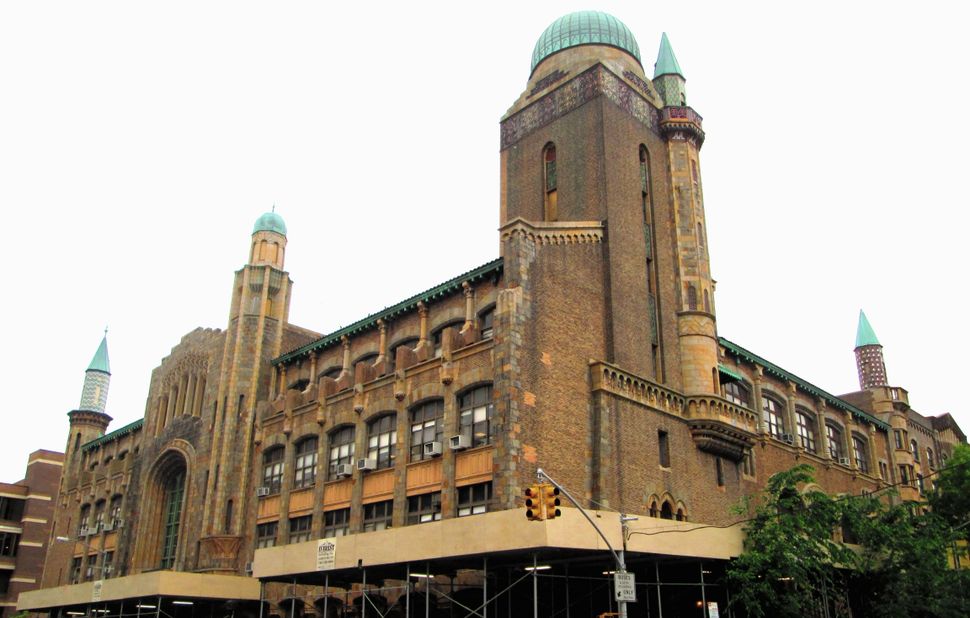 Dr. Gavriel Fagin, who runs a Brooklyn-based counseling service, spoke to parents of students at the Marsha Stern Talmudical Academy, stylized as MTA, at a mandatory event Monday.

The website for Fagin’s practice, Tikun Counseling, advertises that his services include “Individual therapy for a wide range of sexual issues… These issues include… same-sex attraction.” A page on the website also lists recommended reading for “Same-Sex Attraction” — listed between recommended reading pages for Anger Management and Sexual Abuse — which includes the title “A Parent’s Guide to Preventing Homosexuality.”

In January, New York made it professional misconduct for mental health workers to try and change a minor’s sexual orientation or identity, sometimes referred to as “reparative therapy.”

“I don’t know if there was some nefarious agenda to expose all the parents to someone who does conversion therapy,” said Mordechai Levovitz, executive director of Jewish Queer Youth, a nonprofit that works with Jewish LGBTQ people, particularly high school and college students. “But I don’t know how you can look at his website and not see that he does conversion therapy.”

In an emailed statement, MTA wrote, “The discussion on Monday night for MTA parents focused on raising awareness about the challenges adolescents today face, learning to become better listeners, and opening barriers between parents and children to make children feel comfortable approaching their parents to discuss anything they may be experiencing. At YUHSB we strive to help provide a comfortable environment for all of our students — we do not endorse reparative therapy.”

Conversion therapy is based on the premise that sexual identity can be changed through therapeutic treatment, and that heterosexuality is the preferred outcome. Conversion therapy can often cause or exacerbate mental health issues in the people being treated, according to the American Academy of Child and Adolescent Psychiatry.

Nearly 700,000 U.S. adults aged 18 to 59 have received conversion therapy, according to a study from the Williams Institute at the University of California-Los Angeles School of Law. Roughly half received treatments as adolescents. The practice is banned in 15 states.

The Orthodox Jewish world has a history of supporting efforts at conversion therapy. JONAH, a conversion therapy group, was ordered to close in 2015, after a New Jersey court found it guilty of fraud; the group later resumed operations in Israel. An Orthodox therapist is suing New York over its law barring conversion therapy, saying it violates his clients’ rights to free speech and religion.

Fagin is not a medical doctor; his website lists him as having a PhD. and being a licensed clinical social worker. When reached by phone, Fagin declined to answer questions without first receiving permission from MTA. When asked if his talk included information about conversion therapy, Fagin ended the phone call. He did not immediately respond to an emailed list of questions.

MTA, located in the Hudson Heights neighborhood of Manhattan, is considered one of the premier Orthodox high school programs for boys in the New York City area. It has about 280 students, and annual tuition is about $22,000, according to Niche.com. It is considered a Modern Orthodox institution, meaning it is part of the segment of the Orthodox world that promotes equal education for women and full participation in the secular professional world, while still strictly adhering to traditional Jewish laws of observance.

In 2012, the Forward broke news that for years, Yeshiva University’s high school allowed teachers known to have engaged in predatory sexual behavior with students to quietly leave the school without consequences. A several-hundred-million dollar lawsuit filed against the school by victims of former teachers was eventually thrown out by a federal appeals court.

The event Fagin spoke at was titled “Tackling Taboos: What Every Parent Needs To Know About The Challenges Faced By Today’s Teenagers,” and was co-led by Rabbi Yaakov Horowitz, an Orthodox educator and advocate for victims of childhood sexual abuse. A flyer for the event described it as “mandatory.” The event description said that Fagin and Horowitz would “share useful parenting tips and offer general guidance and insight on our respective roles and responsibilities.” The description referred to Fagin as a leader in the field of psychology. 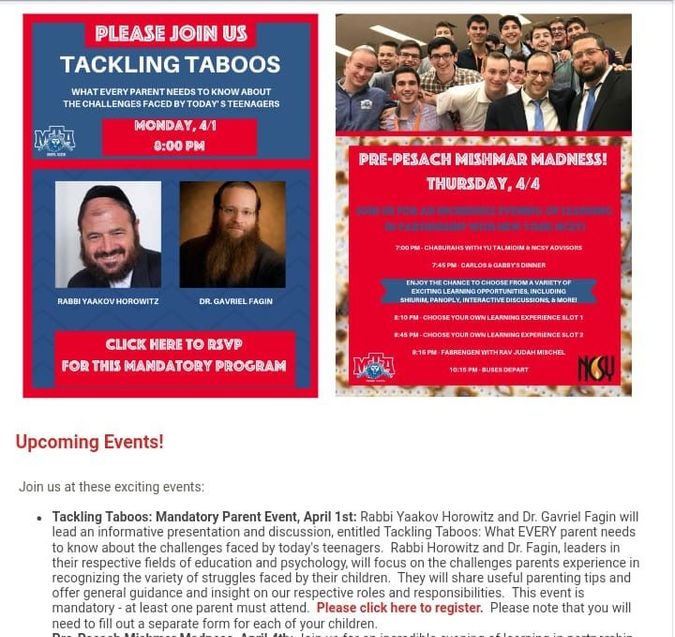 A flyer for the parent event at Yeshiva University’s high school for boys. Image by Source

Fagin is the son of Allen Fagin, the CEO of the Orthodox Union, the leading umbrella group for Modern Orthodox Judaism.

His appearance at the MTA event comes as Modern Orthodoxy appears to be struggling with just how much it will embrace progressive social values. Yeshivat Chovevei Torah, a progressive Modern Orthodox seminary, recently told a gay rabbinical student that it had decided not to ordain him, on the basis of his sexual orientation, just months before his graduation date. 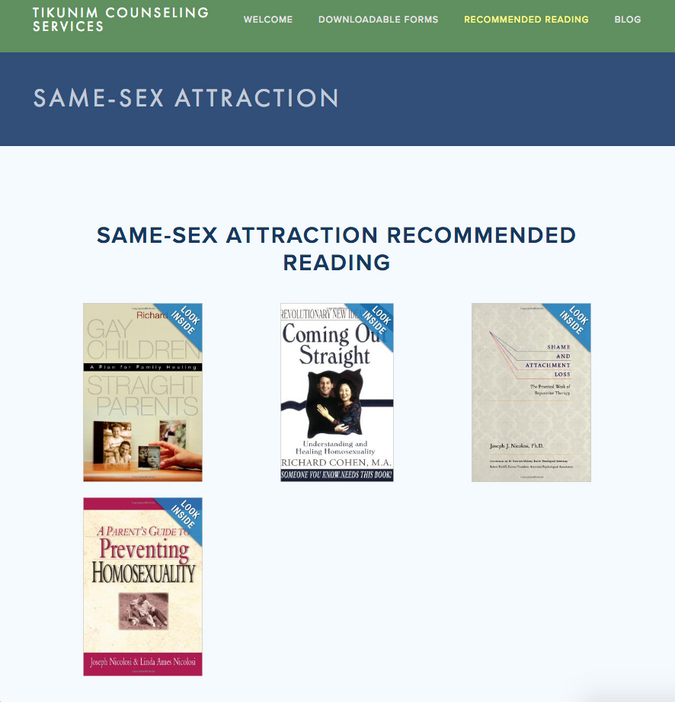 Levovitz said that MTA is a relatively safe space for LGBTQ Orthodox students. He said that there are MTA students who come to Jewish Queer Youth events, including their public drop-in nights as well as private counseling sessions.

“The consensus, I would say, is that MTA is not as safe is it should be, but safer than some other [Orthdoox] schools,” Levovitz said. “If this is a mandatory session for all the parents, MTA couldn’t find a more qualified mental health professional?”