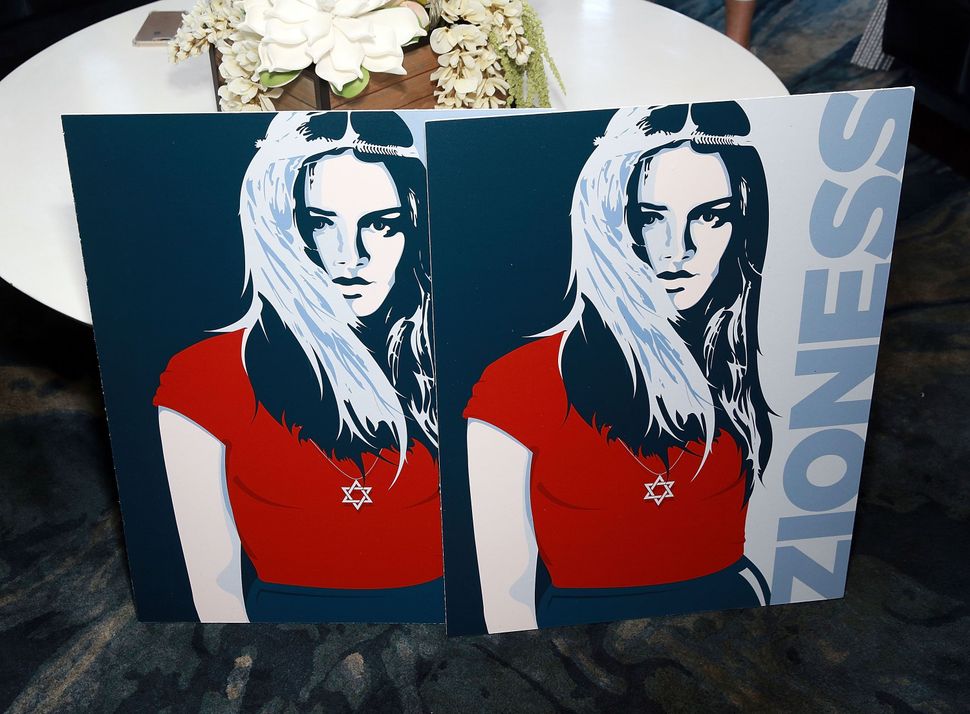 Carly Pildis is a progressive activist and writer who frequently speaks out about anti-Semitism on the left as well as the depredations of the right. Every day, she says, she gets messages from American Jewish women who tell her they’re scared of expressing their support for Israel, or even their Jewish identities, in progressive spaces.

She tried to support the women, advising them and amplifying their concerns in her writing , but there wasn’t much more she could do.

Now Pildis, who worked on the 2012 Obama campaign, is taking action on the issue. She has joined the staff of a Jewish not-for-profit called Zioness as its director of organizing and second full-time employee.

“I don’t want people to feel afraid,” said Pildis. “I want them to know they are powerful, and I joined Zioness to teach them how to grab that power.”

Zioness was founded in 2017 to serve people like Pildis – feminists and liberals who don’t want to denounce the Jewish state as the price of entry among progressives. Now it’s expanding its staff and ambitions.

But as the group tries to grow, it is facing distrust from other liberal Jewish organizations that would presumably be its natural allies. The divide reflects the tension many American Jews face as they struggle to balance their liberal leanings with their desire to support what they see as an increasingly illiberal Israel.

The suspicion goes back to Zioness’s founding two years ago. The group was born after employees of the Lawfare Project, which fights the Boycott, Divestment and Sanctions movement against Israel, learned in 2017 that the Chicago Slut Walk had banned “Zionist symbols.” Outraged, they flew from New York to Chicago to participate anyway, waving banners proclaiming themselves part of the “Zioness movement.”

The group reached its highest profile as a critic of anti-Semitism within the Women’s March. Executive director Amanda Berman got invited to speak at synagogues. Chapters — now more than 30 — were formed across the country.

But many prominent Jewish progressives were skeptical, especially about the Lawfare connection. Berman worked there until this January, and Lawfare founder and executive director Brooke Goldstein, who went with Berman to Chicago, is a Trump supporter and a frequent Fox News guest.

Berman insisted at the time and maintains now that Zioness was independent from Lawfare.

Still, some on the Jewish left wondered if Zioness was a bid by right-wing Zionists to co-opt their movement, claiming to be progressive only to cover up their true goal of defending Israel.

Say what you will about IfNotNow, we are not the fake-grassroots creation of a dark-money right wing think tank whose director complains about Jews not being pro-Trump.

Now it seems that IfNotNow and others were right to be skeptical.

Last month, Goldstein wrote on Facebook that Lawfare “funded and incubated” Zioness and that she had “used [Berman] as the face of the movement as she wasn’t a public figure and not identifiable as ‘conservative.’” Goldstein did not respond to interview requests.

What’s more, Berman admits now that her Lawfare connections helped Zioness get right-wing funding. She secured a $25,000 donation when she spoke about Zioness in 2018 to the Merona Foundation, a Jewish donor network run by the wife of the controversial conservative Jewish philanthropist Adam Milstein.

Yet Zioness’s relationship with Zionist conservatives soured after the group issued a statement calling Trump’s policies of detaining migrant children and separating families heartless and contrary to Zionist values.

These days, Goldstein claims that Zioness is now too anti-Trump. Berman claimed that Milstein used to donate to them but no longer does because it’s “actually progressive.” A spokesperson for Milstein said that was “not an accurate characterization” but declined to say whether Milstein gave or is still giving to Zioness.

Support on the right has withered — but will progressive groups step in as allies, given that their early suspicions seem to have been well-founded?

If the answer is “no,” Zioness’ work will be harder at the beginning, said Shaul Kelner, a professor at Vanderbilt University who studies social justice movements.

One such progressive Jewish group is T’ruah: The Rabbinic Call for Human Rights. T’ruah is Zionist – they support a Jewish state alongside a Palestinian one – and also campaigns against mass incarceration and family separation, partnering with major organizations like the ACLU.

“My perception of Zioness is about showing up at protests with the signs, not around long-term relationships,” she told the Forward. “It’s those relationships that allow you to have complicated conversations around Israel.”

“Other progressive groups are going to be looking at [the funding,] and that will probably influence whether they’re going to work with them or not,” Kelner predicted.

Berman said that the money to hire Pildis came from “an anonymous liberal Jewish philanthropist.” She refused to disclose their identity because she didn’t want Pildis to find out. Pildis said she didn’t know who it was.

Zioness’s next stage, Berman said, involves helping members advocate for specific issues they care about – providing them with policy memos and campaign strategies.

Some chapters are already active. One has joined the Florida Hate Crime Coalition.

Pildis has been hired to train Zioness members to be activists on domestic issues like gun control and reproductive rights. She will teach them how to engage with elected officials and form partnerships with other advocacy groups.

But what Zioness won’t do, say Pildis and Berman, is advocate for Israel – unless someone else brings it up first.

“We’ve been really clear from day one – we don’t exist just to debate the Israeli-Palestinian conflict,” Berman said.

Kelner said Zioness has a chance to be a long-term success even if other liberal groups keep their distance.

“It’s a matter of doing the hard organizing work to transform the base level of demand into people actually signing up,” he said. “Then it doesn’t matter what the origin story is, because they have the power of numbers behind them.”