In the past year, the Rauh Jewish History Program & Archives at the Heinz History Center has collected thousands of letters written to individuals and organizations within the local Jewish community following the attack at the Tree of Life synagogue on Oct. 27, 2018. Some were sent directly to various organizations, while others were left at an impromptu memorial outside of the synagogue. Image by Image courtesy of Rauh Jewish History Program & Archives at the Senator John Heinz History Center

Sometimes, when he has a spare moment, Eric Lidji ducks into a storage room, takes a box off a shelf, sits on the floor and reads letters sent to Pittsburgh after last year’s synagogue shooting.

“I find it cathartic to go through the stuff, to be honest,” he said. “This is part of the hope of making it public— you may get sad, but you get less lonely as you read.”

Lidji, the director of the Rauh Jewish History Program and Archives, is leading the effort to preserve the thousands of artifacts that collectively document the world’s response to the deadliest anti-Semitic attack in American history: reams of letters, stacks of rabbinic sermons and programs from memorial events, paper cranes and Stars of David.

Once they’re categorized and photographed, the materials will be browsable online. Researchers will also be able to request access to objects and documents in person, and some artifacts might be moved to the Senator John Heinz History Center’s museum collection.

“I just continually am amazed by how individual they are,” Lidji said of the letters during an interview at the archive on Wednesday. “You really get the sense of people trying very hard to bypass the internationalness of it, and make it one human talking to another human, which I find very meaningful.”

Preserving the documents and objects is a race against time. Even as the archivists work, another mass shooting or a Jewish holiday generates more material that is part of the community’s response to the shooting, which killed 11 people during Shabbat services in a building that housed three separate congregations.

The archive, which handles documents and photos dating back to the settlement of Pittsburgh’s Jewish community in the 1840s, has suspended other projects to focus on the response to last year’s attack. Lidji estimated that documenting the material they have now will take about two years and will cost the equivalent of several years of the operating budget, which he declined to quantify.

The archive received a seed grant from the Jewish Federation of Greater Pittsburgh and several small donations from private individuals. They’re also fundraising as they work.

Before the shooting, Lidji said, a “big year,” might bring to the archive the equivalent of 100 banker’s boxes. After the shooting, the intake was 171 boxes-worth— about a year-and-a-half’s worth of material— in a single month. The archive employs nine people, but Lidji is the only one working full-time on the project.

Lidji moved from Texas to Squirrel Hill, the neighborhood where the shooting took place, when he was 12 years old. As an adult, he covered the Pittsburgh Jewish community as a reporter and editor for the Pittsburgh Jewish Chronicle, and worked on projects with the archive for years before becoming director in 2017.

The archive has kept nearly everything, except for duplicate items and material deemed too far afield, like stock photos of flowers sent to the digital collection portal. It has hired a photographer to document the collection part-time. 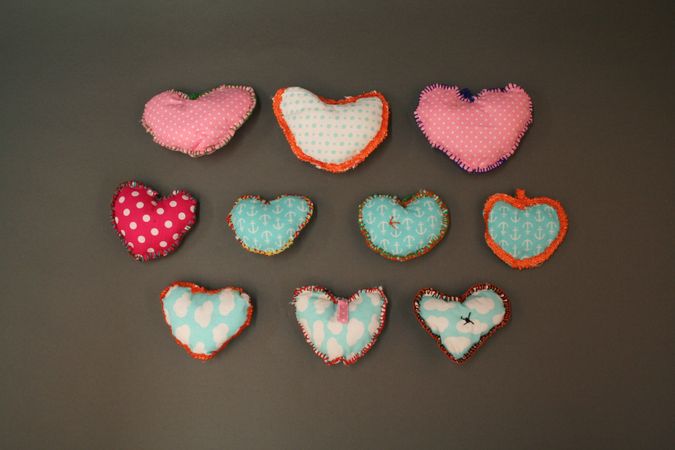 Memorial objects sent to Tree of Life*Or L’simcha Congregation following the attack at its synagogue on Oct. 27, 2018. The Rauh Jewish History Program & Archives is working with the congregation, and many other local Jewish groups, to digitize and catalog these and other objects. The goal is to eventually make these images available to the public, while also respecting the needs of the victims. Image by Image courtesy of Tree of Life*Or L'Simcha Congregation and the Rauh Jewish History Program & Archives at the Senator John Heinz History Center

“Usually the stakes are not so high,” said Lidji. “It’s just several orders of magnitude larger to be dealing with a body of records that’s being created as you’re collecting it.”

Historians, museum staff and archivists in communities impacted by mass violence recognize that spontaneous memorials and other artifacts need to be preserved. The September 11 Digital Archive and Northeastern University’s “Our Marathon,” a response to the Boston Marathon bombing in 2013, have similarly collected and digitized the local and global responses to those terror attacks.

Two years ago, the American Association for State and Local History held a session called “Commemorating Tragedy, Healing Wounds,” meant to help historical organizations prepare for the conservation of memorial materials after mass violent events. It was chaired by George W. McDaniel, a historian and the director of McDaniel Consulting, who organized the conservation effort in Charleston, S.C. after a white supremacist shot and killed nine black churchgoers at the Mother Emanuel Church in 2015.

“Funding is something a lot of people don’t want to talk about, but it needs to be talked about to provide appropriate care for those artifacts if they’re going to be saved,” he said.

In Charleston, the city has donated classrooms to house materials while Mother Emanuel and historical organizations track down more money, but McDaniel said those classrooms lack proper controls like air conditioning needed to preserve the material.

McDaniel said organizations need to think about who actually owns the artifacts— in Pittsburgh, most items were specifically addressed to the three congregations or left at the building, but after the Pulse nightclub shooting in Orlando in 2016, donors left memorial items in the street. The community had to decide whether those items belonged to the nightclub or to the city.

Organizations also need to prepare for the sheer volume of material, he said. While the phenomenon of spontaneous memorials is not new, technology now means people across the world learn about events in real time, with evocative images of victims and their families. They’re prompted to send material after they see how much victims are “part of our human family,” said McDaniel.

Kathy Craughwell-Varda, a museum consultant, collected and curated materials in Newtown, Conn., after the killing of 26 people, most of them children, at Sandy Hook Elementary School in 2012. There, the material filled the basement of the town hall and a garage that normally held snow plows and other municipal vehicles. A warehouse in Newtown was filled exclusively with stuffed toys.

Craughwell-Varda said she was struck by how the people closest to mass violence in Newtown largely did not contribute to the spontaneous memorials. Instead, material flooded in from people with seemingly little connection to the town. She brought her two elementary-school-aged children to help sort things so they could see the outpouring of love from strangers.

“There are memorial materials that museums have from when Lincoln was assassinated, so it’s actually a part of America’s tradition of responding and trying to be part of a larger community that’s mourning together,” said Craughwell-Varda. “These collections fall into that tradition. Instead of mourning national figures, we’re mourning people we don’t know and never will have a chance to know.”

Ana Milosevic, who researches spontaneous memorials in Belgium, said people all over the world follow a “copy-paste model of what happens in the immediate aftermath of violence.” Spontaneous memorials are now a part of the automatic response, and people may act out of grief or mourning, but may also visit memorials and send material out of curiosity, as a means of seeking justice or even because they want to be on television.

“This is the moment of insecurity, and people collectively trying to find some answers within their community,” she said.

In the immediate aftermath of an attack, while victims’ families are grieving and the world is sending its stuffed bears, letters and flowers, archivists have their eyes on the future.

They rescue objects about to be thrown away. When they disassemble memorials to prevent them from being destroyed by the elements, they also have to dispel rumors that things are being tossed or defiled. They wrestle with what to keep and what to dispose of, including conspiratorial or hateful material.

They have to earn the trust of those affected, to ask for precious items in the midst of sometimes overwhelming grief.

“In an archive, you consider things on a centuries-long timeline,” said Lidji. “We’re trying to stand up for the needs of people in this community, the Jewish community of Pittsburgh, who are many decades from being born. And they can’t speak for themselves.”