World Zionist Congress election turnout is up — and secured with blockchain 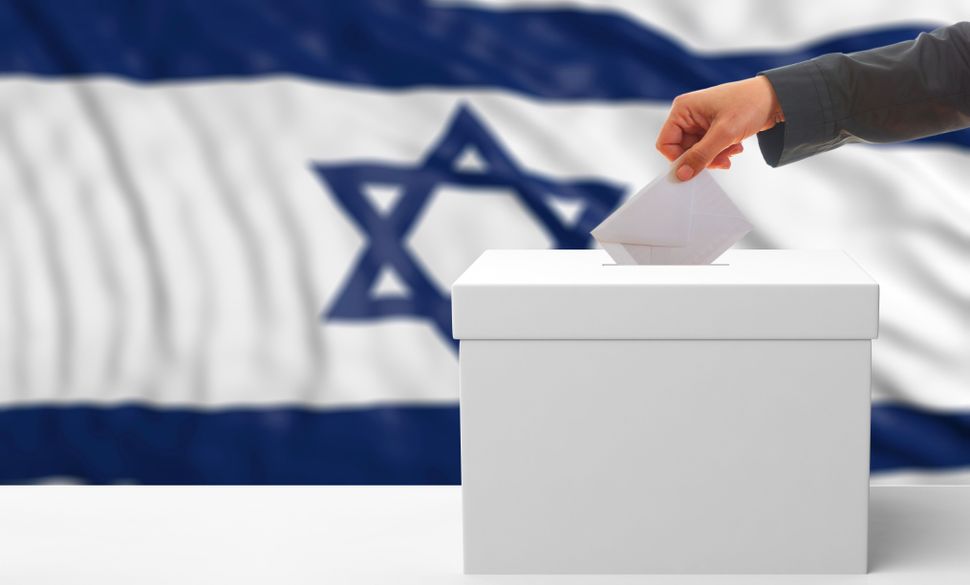 Voting in the World Zionist Congress elections surged on the first day ballots were open, according to the leader of the organization that runs the election process.

“More than double the number of people have voted in half a day than voted in the whole first day in 2015,” American Zionist Movement executive director Herbert Block told the Forward on Tuesday.

Block was pleased by the fact that #ZionistElection was trending on Twitter on Tuesday, the first day of balloting. Voting is open on the American Zionist Movement website until March 11. It will determine the American delegation — 152 of the 500 total participants — to the World Zionist Congress in Jerusalem in October, which will in turn determine $5 billion in spending on Jewish causes over the next five years.

Any United States permanent resident who is Jewish and signs a statement supporting Zionism is eligible to vote – though much of that is on the honor system. The AZM has contracted with Votem, an election security company, to conduct the voting and protect against voter fraud. Votem, which uses blockchain technology, had previously been hired by the state of Montana and the Rock and Roll Hall of Fame.

Some have grumbled about having to pay a $7.50 voter fee ($5 for people aged 18-25) — but Block said there were multiple reasons for the feature. The fees will raise the money to cover the cost of running the election in the first place, and Votem uses the credit card information to protect against double-voting. But also, Block argued, the idea of paying to participate in the World Zionist Congress process goes back to founder Theodor Herzl himself, who instituted a system where voting privileges could be secured by buying a “Zionist shekel.” 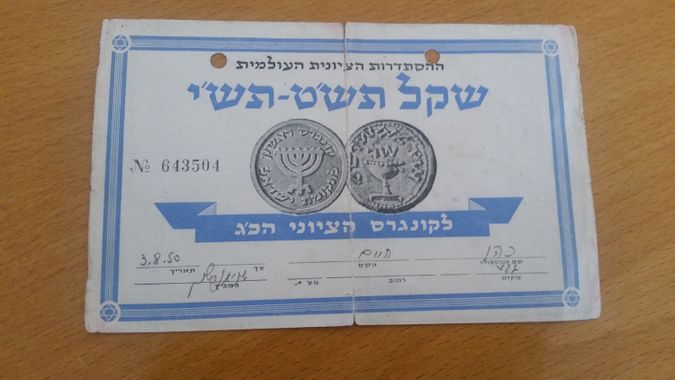 A “Zionist Shekel” certificate allowing the owner to vote in the World Zionist Congress of 1950. Image by Nizzan Zvi Cohen/Wikimedia

Block estimated the cost of running the elections at a few hundred thousand dollars. The $7.50 fee — which is actually lower than the $10 amount five years ago — was set because that will help the AZM break even if voter turnout is equal to the last election. But if turnout exceeds expectations, as it appears it will, Block said that the excess money will likely be saved until the next election in five years’ time.

The 15 slates running in the election don’t have any limits on how much they can spend on their campaigns — but they are forbidden from paying the fees or otherwise compensating voters. The rules say they’re allowed to criticize the other groups’ statements and policies, but prohibit “demeaning or denigrating another slate or competing organization by name or inference.”

Where the line is drawn is open to interpretation; the Orthodox party Eretz HaKodesh warns on its website that high Orthodox turnout could “prevent values of the liberal movements from infiltrating the Torah atmosphere of Eretz Yisrael,” and the Zionist Organization of America warned in an email that if they don’t win, other parties “will turn the World Zionist Congress into the anti-Zionist Congress.”

“We expect vigorous and robust debate,” Block said, speaking generally. “You can disagree, but you don’t have to be disagreeable.”

Most other countries do not hold elections to the World Zionist Congress in this way.

The Israeli delegation will be determined based on the outcome of their parliamentary elections in March. A party that gets 10% of the Knesset vote will get 10% of the Israeli seats — 199 in total.

Canadians, on the other hand, will have to wait two months to find out whether they are having an election at all. Canadian Zionist Federation president Les Rothschild told the Forward that because of the high cost of voting, it decided in the past two election cycles to instead determine its delegation based on the size of the country’s Zionist groups — with the bigger ones getting more seats than the smaller ones.

In March, its seven member organizations — the three major Jewish denominations, three representing various views on Israel and the Canadian Forum of Russian-Speaking Jewry — will share their membership lists and decide whether to award its 20 delegates proportionately. But if one of the groups thinks it can get a larger share of the delegation after a community-wide vote, they have the right to call an election.

Rothschild said he wasn’t sure whether an election would occur, but he said that many Canadian Jews were aware of the excitement the vote has engendered south of the border. However, he stressed that the American vote was only open to American permanent residents. “Canadians cannot vote in the United States election,” he said.

World Zionist Congress election turnout is up — and secured with blockchain