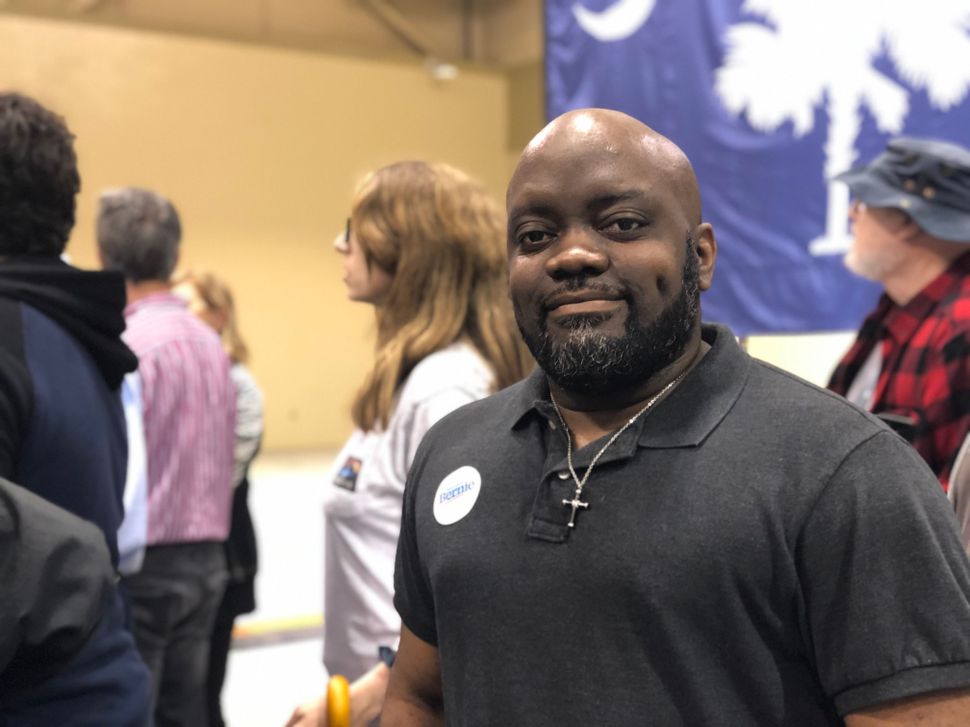 South Carolina’s primary election on Saturday is another important hurdle in the wild race that is the Democratic campaign for president. While only 63 delegates of more than 4,000 nationally are at stake, the balloting is a key test for at least two of the remaining candidates.

For Sen. Bernie Sanders of Vermont, who is on track to become the first Jewish nominee of a major party, analysts are watching whether he can gain traction with the state’s heavily African-American Democratic electorate, a sign of his appeal to what is a crucial Democratic constituency nationally. For former Vice President Joe Biden, who has had poor showings in the first three contests and has staked his candidacy on his support among black voters, it may be a last chance at staying viable.

I spent Wednesday and Thursday in North Charleston and Myrtle Beach, S.C., attending two Sanders rallies and talking to voters in, among other places, a Walmart parking lot. Here are some snapshots of the people I met and what they had to say about the 2020 race: 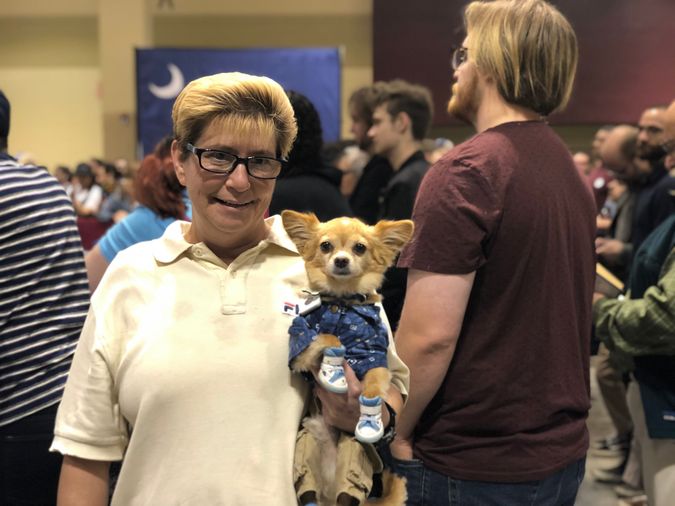 On Sanders: “I just know he does a lot for the veterans. I was from the V.A. in White River Junction, so I know him a little bit better and his views especially when it comes to veterans, and that’s very important.”

On Tom Steyer, the billionaire businessman on the ballot: “I like what he has to say, too, about starting a business and keeping people employed. Employment’s important and the way the cost of living is now, you’d have to get a roommate just to have an apartment. It’s just ridiculous. You’ve got to work two or three jobs. Luckily I get the V.A. money and my Social Security, but a lot of people are not as fortunate.”

On her service dog, a longhaired Chihuahua-Pomeranian named Little Bear: “Just ‘cause he’s a service animal don’t mean he can’t look good. He wears a lot of shoes.” 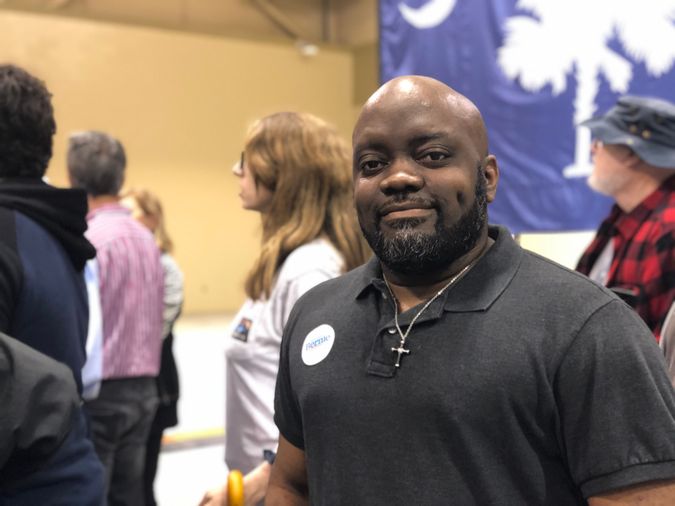 On the Democratic field: “I think it’s crazy. I think it’s absolutely crazy. I voted for Bernie in the primary in 2016 but I voted for Hillary Clinton for the presidential election and I really wish they could have reset that thing. I really think they did him wrong. I’m concerned that the Democratic establishment is going to block him. It’s just one of the things I’m worried about. They’ve tried it once, and I don’t think they’re beyond themselves to try to do it again.”

On Biden: “I’m concerned about Biden. I’m concerned because he’s got name recognition. Biden is running off of his link to Obama and that’s it.”

On Sanders: “I like the fact that he’s been true to the game for the long time. He’s been doing the same dance for 40 years now, and I think it’s time it comes to fruition”

On student loan debt: “I still haven’t finished my college yet because of the costs.”

Bianca Exorphe, 42, who is originally from Haiti and now lives in Myrtle Beach

“I don’t care to vote. I don’t get involved with anything in politics because it’s all a sham to me. Unless I see action, then I can just maybe think about it. But I feel like I’ve been around for a long time. I came here as an immigrant and came in the year of Ronald Reagan, and I looked forward to be 18 and able to vote. But when I did become 18, it was just a little bit disappointing for me.

“I felt like, who are we helping, really? What is the purpose of the whole thing of trying to vote, when really a lot of people’s voices are not being heard?

“America has a little bit of growing up to do.” 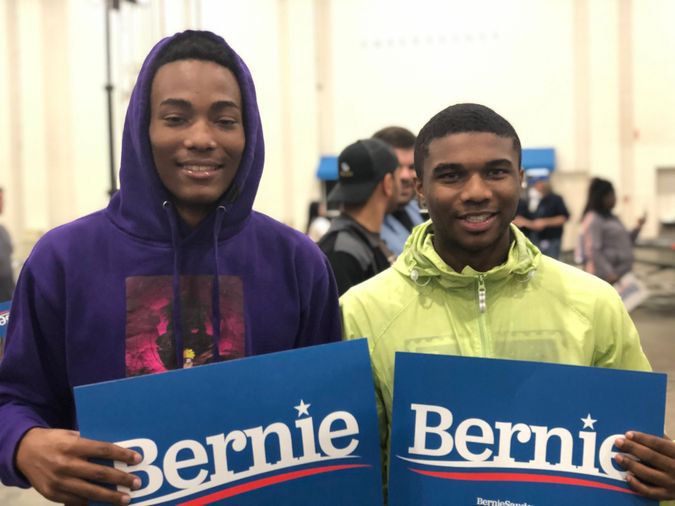 On Sen. Elizabeth Warren versus Sanders: “I’m just on the fence between those two. I like Warren’s prison policies, but I also like what Bernie wants to do with the $50-an-hour and the marijuana thing.”

On Sanders’ South Carolina debate performance: “I was a little concerned about his last debate performance because he didn’t seem ready for that criticism on his gun votes in the past, which he knows is a problem.”

On universal healthcare: “All the talk it seems like now is about Medicare-for-all and the costs, but one thing that really frightens me is what if I get cancer? I have a good job; I have insurance, but if someone in our family gets cancer, I don’t want our entire savings, our retirement, our future for my child to go for paying for that.”

On Warren: “I was disappointed that Elizabeth Warren has already dialed it back to increase her electability or whatever.” 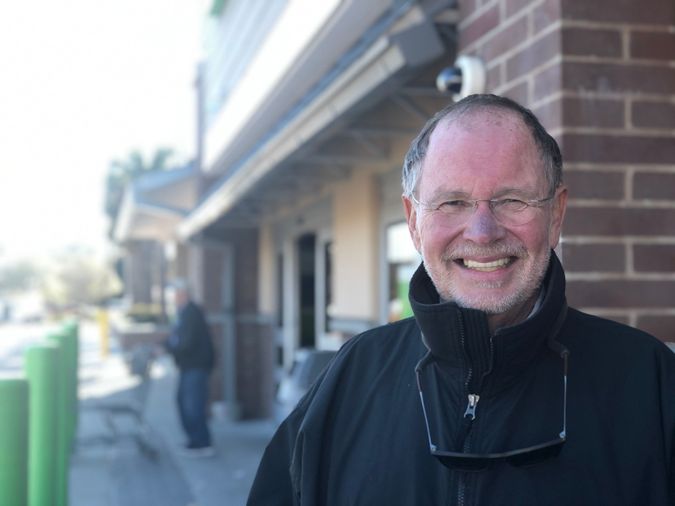 “I’m hopeful. I am. I think that we’re due for a change, and there’s no question about that. How much of a change is the question.

“I’m looking at either Sanders or Biden, and it’s an interesting decision. I’ll make it when I go into the ballot box and cast my vote.

“That question of how much of a change— I like everything that Bernie stands for. Are we ready for it as a country? I don’t know. However, I’m still undecided with Joe Biden simply because he’s part of the old hat.” 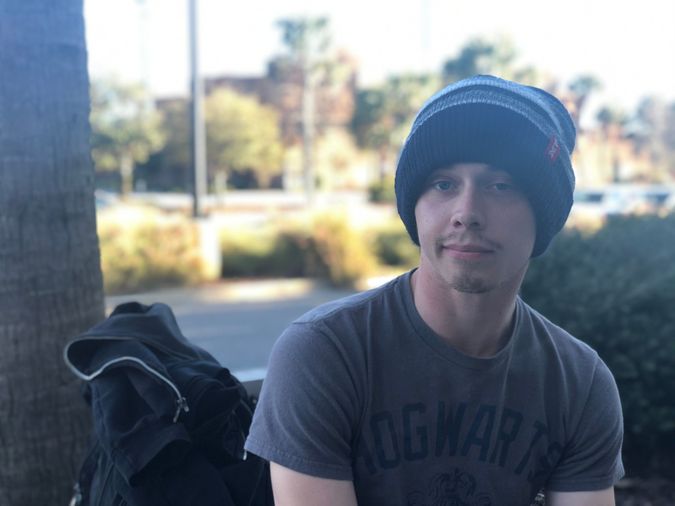 “I feel like our country is kind of at a low at the moment.

“It’s a little bit of a puppet show more than anything.”