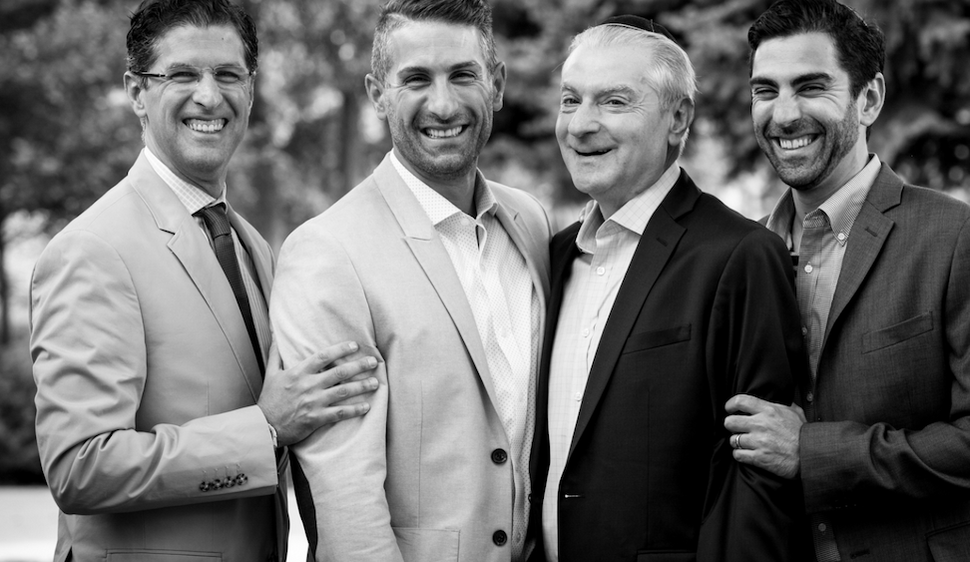 Adam Yitz Friedman with his sons, from left, Israel, David and Joseph.

(JTA) — In another lifetime, Adam “Yitz” Friedman might have been a Hasidic rebbe rather than the Madison Avenue publicist he eventually became.

Named for his grandfather, Yitzchok Friedman, the founder of the Boyan Hasidic dynasty, Friedman hailed from a line of Hasidic rebbes that included the leaders of the Ruzhin, Sadigura and Rachmastrivk dynasties.

But Friedman, who was born in Brooklyn in 1945, was destined for a different life. He went into public relations, making a name for himself in a business all about promoting other people’s greatness. In 1999, he founded his own firm, Adam Friedman Associates.

“To my father, Torah is not a text or an activity, but an all-encompassing worldview that encompasses and enriches every part of life,” his eldest son, Israel Friedman of New Rochelle, New York, wrote in a tribute shared with members of his synagogue. “He presented Torah life values through mesmerizing stories that conveyed nuance through simplicity and through books.”

Friedman died in New York of coronavirus on April 10. He was 75.

A private graveside service was held April 13, and the family created an online memorial site for friends and family to share stories and photographs.

A lifelong resident of the city, Friedman grew up in Brooklyn, raised his children in New Rochelle and moved late in life to Manhattan’s Upper East Side.

Friedman leaves behind his wife of 52 years, Shirley Friedman; three sons and their families; and several grandchildren. His two younger sons, David Friedman and Joseph Friedman, both live in Denver, Colorado.

Friedman was a kind man with a deep love for his family and an insatiable interest in learning. He also loved teaching. Until the COVID-19 pandemic hit, Friedman taught crisis communications, public affairs and integrated marketing as an adjunct assistant professor at New York University.

Friedman’s primary professional expertise was in the financial sector, but he represented clients as diverse as Fortune 500 companies, Jewish organizations and book authors. Friedman obtained his bachelor’s degree from Brooklyn College, a master’s from New York University, and an MBA from the Baruch School of Business.

Despite his own professional success, Friedman was generous with his time when it came to mentoring and advising others. A member of the Young Israel of New Rochelle, the Orthodox synagogue in Westchester County to which Friedman belonged for several decades, recalled how Friedman helped community members who had lost their jobs in the 2008 financial crisis find new employment. He was known for being a gentleman and someone who took great joy in the happiness of others.

“Yitz was a delightful person whose warmth and genuine goodness filled the room,” Ira Parness, a longtime friend, wrote in a tribute. “Anytime he came to visit recently, Yitz would smile when he saw me and pull me in for a warm handshake hug and ask for my family’s well being.”