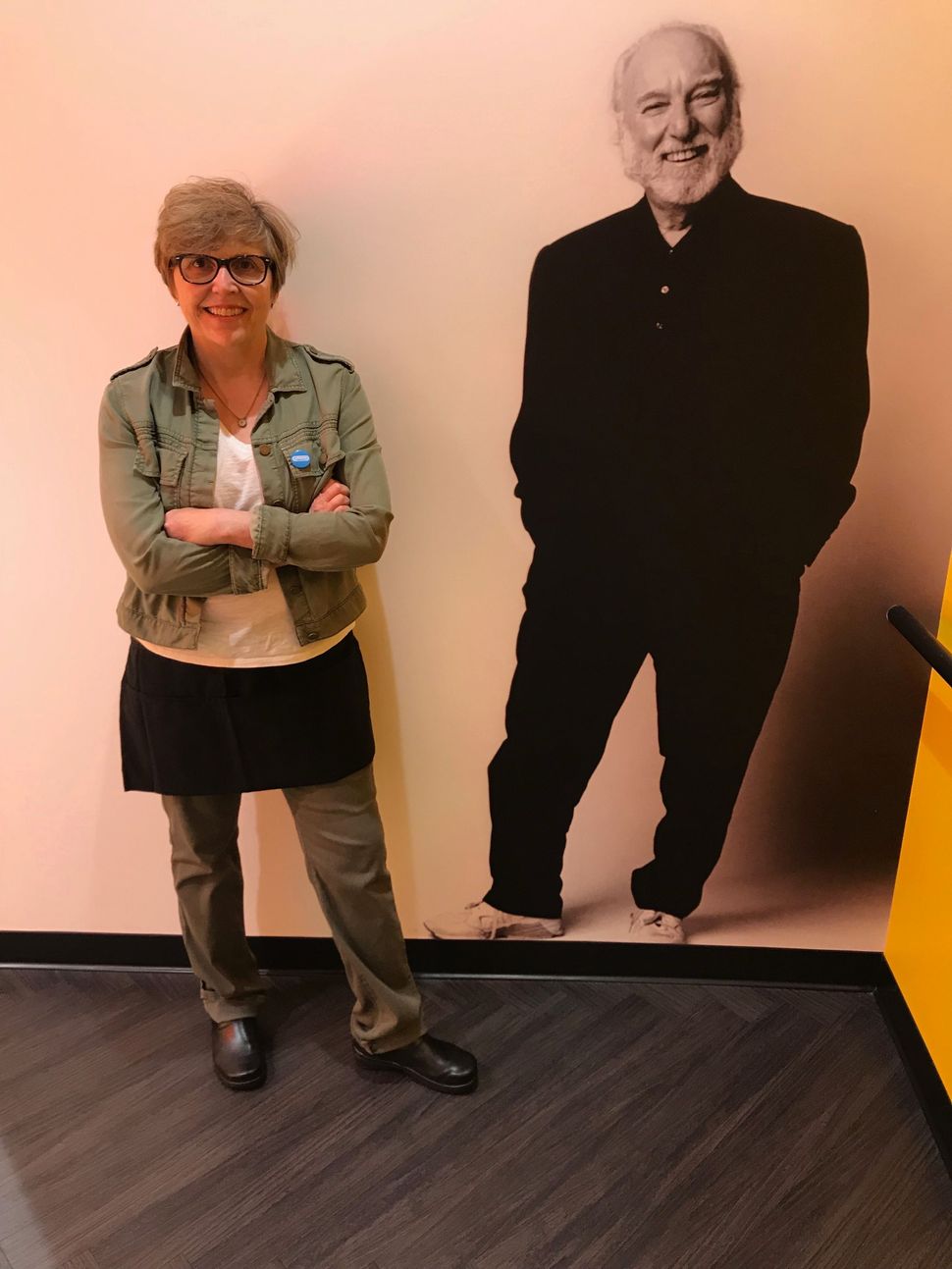 Since July 1 of last year, Jami Goldstene, a former public relations executive, had spent seven days a week running Solomon’s Delicatessen in Sacramento a long-awaited Jewish deli she co-owns that had finally opened after years of delays.

On March 15, California Governor Gavin Newsom announced that restaurants had to shift to a takeout and delivery model for the time being. Goldstene realized that very day would be the day her dream fell apart.

“It broke my heart both for me and for our employees,” she said.

The following Monday and Tuesday, the restaurant remained open for takeout and delivery only. But because much of its business relied on now-closed government and state offices at lunchtime, co-owner Andrea Lepore said, “it became obvious very quickly that we weren’t going to survive if we just delivered.”

All the staff were let go. And then, a way to stay partially open emerged.

As a restauranteur, Lepore had previously worked with Sacramento Covered, a community-based non-profit that serves the uninsured and low-income residents of the state’s capitol city. She spoke with Kelly Bennett, its CEO, who was quickly able to secure $75,000 in funding, much of it from the area’s local health foundations.

Within 48 hours, four Solomon’s employees were back to work part-time. But rather than making pastrami sandwiches and matzo ball soup, they’ve pivoted to making boxed meals of dishes like chicken teriyaki and pasta salad, 500 of them daily, 2,500 meals a week, that get delivered to homeless encampments by Sacramento Covered. 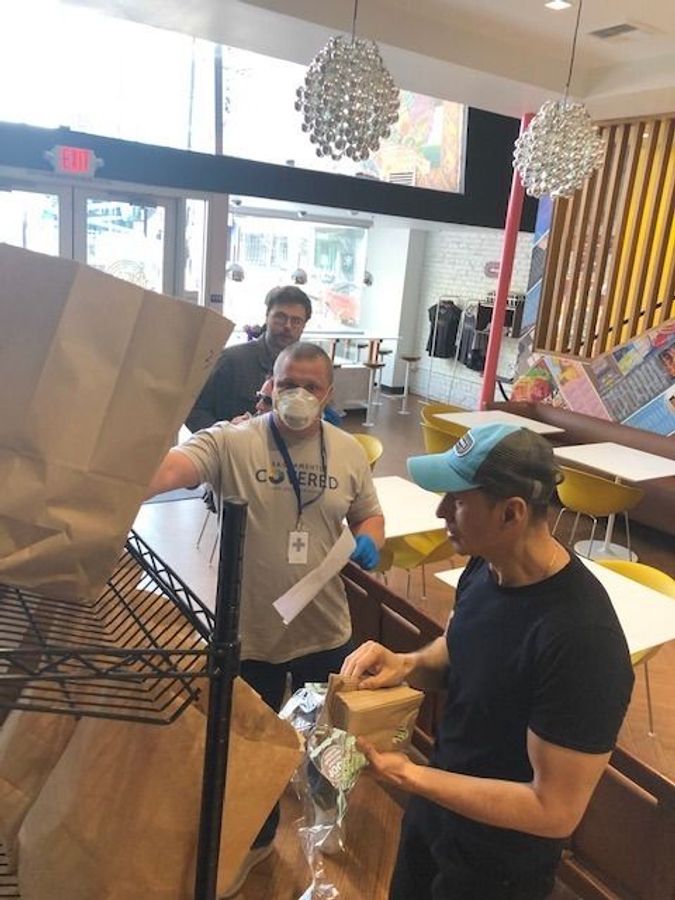 “Some of our clients are very fragile and have multiple chronic ailments that make them highly susceptible to the virus, and them going to get food and supplies puts them at even higher risk,” Bennett said. “The food distribution is meeting a need by helping them shelter in place and support the broader public health effort.”

Sacramento Mayor Darrell Steinberg stopped by Solomon’s to express his appreciation in person, and tweeted thanks to the deli for turning the loss caused by Covid-19 “into an act of service to some of our most vulnerable residents.”

That sentiment was echoed by Bennett, who said, “They pivoted to respond to the critical need with no gain for themselves other than to keep a few employees in the kitchen. This is a significant donation coming from the restaurant. Solomon’s quickly become part of the fabric of the community and is highly invested in it and there’s no better evidence than this.”

Being open to feed the homeless means they can also offer weekly specials from their regular menu for pickup to the fanbase they’ve been building since opening in July. For Passover, it was matzo ball soup, and in an earlier week, it was a bagel brunch bag, with bagels, lox and schmears. 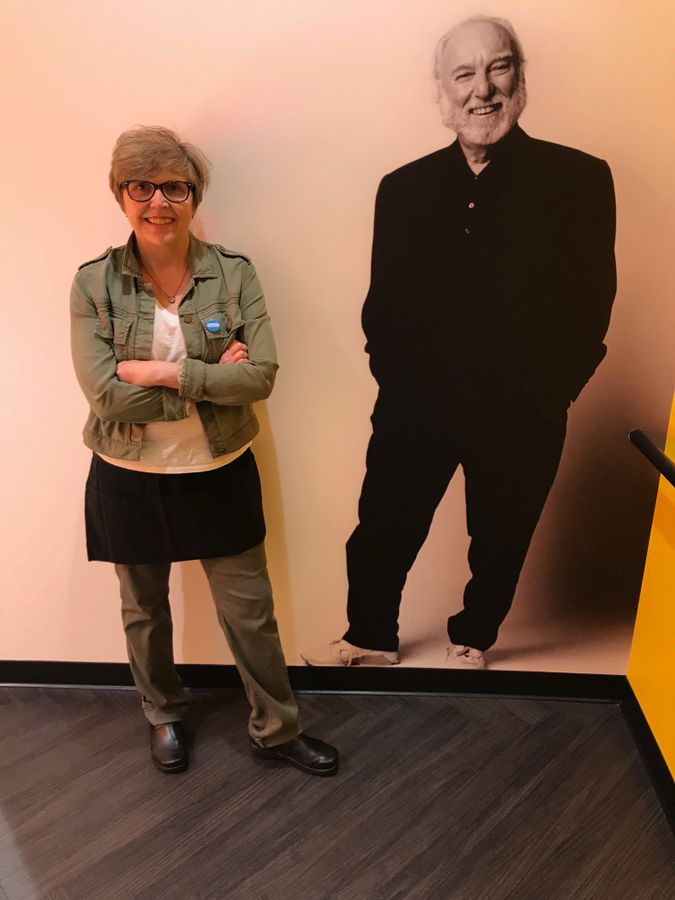 Once the California Department of Alcoholic Beverage Control allowed restaurants to offer liquor to-go, they bottled and sold two of their cocktails; the proceeds from those go to DJs and musicians who were to play gigs at the deli’s upstairs room.

“We don’t want the community to forget us and we don’t want to forget them,” said Goldstene. “When we’re able to do these specials, it reminds them that we’re here and that we’re hoping and planning to reopen, even though we might have to change our model.”

The deli was a long time coming. It opened two years behind schedule on the site of the former Tower Records, an international record chain founded in 1960. Tower Records founder Russ Solomon attended the deli’s groundbreaking in 2017 before passing away a few months later. Just as Tower Records became a haven for music lovers, Solomon’s owners hoped to create a similar sense of community.

The deli’s upstairs is called “The Russ Room,” and often had bands, DJ’s and other private events. The Russ Room had been fully booked through June, including for Goldstene’s birthday party.

The deli revived a Jewish presence in downtown Sacramento, whose Jewish residents had long since moved to the suburbs. A block away was the first synagogue on the entire West Coast: Congregation B’nai Israel. Dating back to 1852, there is a plaque for it on Capitol Mall. The Gold Rush era saw an influx of Jews to the area, and in the early twentieth century, there were several large Jewish-owned department stores downtown.

“They’re coming from the entire region,” Goldstene recalled of the deli’s early days. “Their eyes light up and they make a beeline to me. They start telling me their stories, that they’re from Chicago or Detroit or New York and how much they miss this food.”

Now eight months in, Goldstene never could have anticipated having to stay away from the passion project that was first conceived of in 2014 by a group of women – including her – who had been putting on an annual “Jewish Food Faire” for years at their synagogue, importing everything from Goldstene’s native Los Angeles.

“We’re not just Jewish deli food that Sacramento has been missing for so many years, but we’re a special kind of a place and atmosphere,” she said. “We’re not just a restaurant.”

And then as if she was speaking for the entire restaurant industry worldwide, she said, “All of a sudden, now we’re not there for the people. And it’s heartbreaking.”