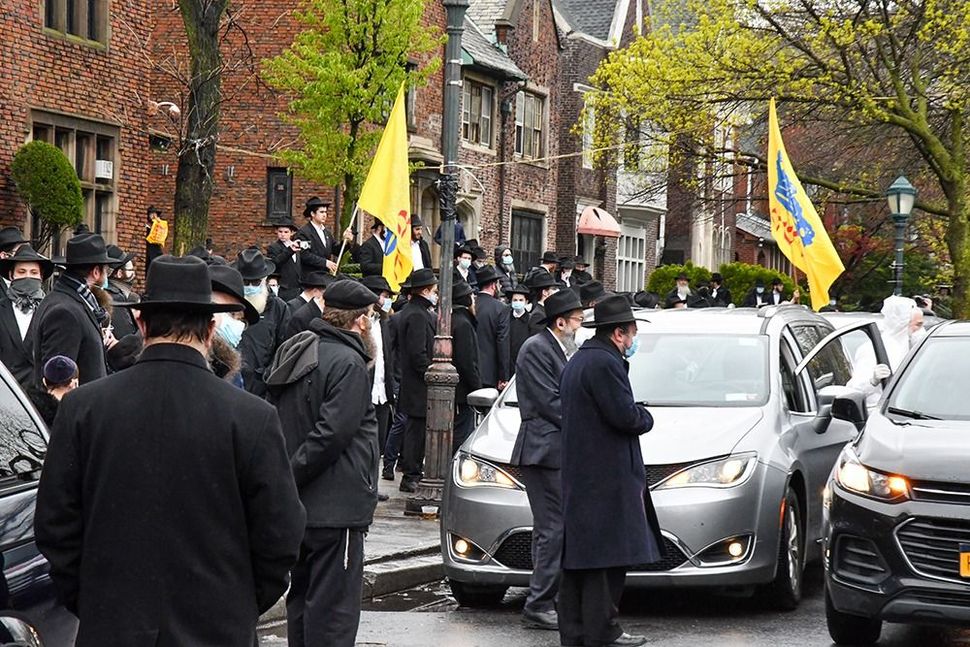 Onlookers gather outside of the Chabad headquarters in Brooklyn for a funeral procession for a top rabbi, Friday, April 24, 2020. Image by John Kunza

At least 100 people gathered Friday outside of the the Chabad Lubavitch’s headquarters in Brooklyn to pay their respects to a rabbi who passed away earlier in the day. 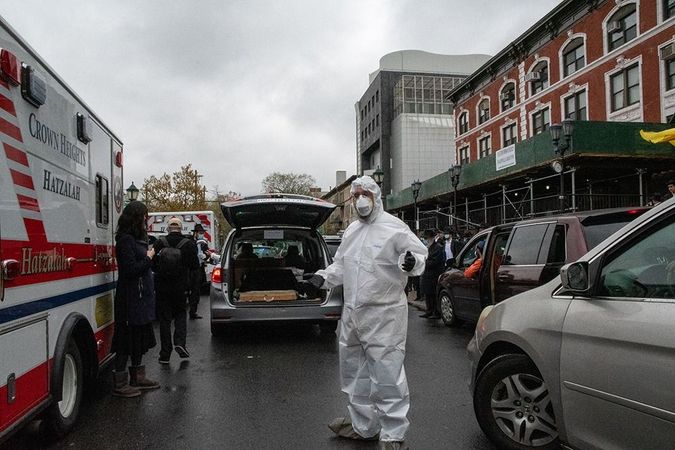 An official in a biohazard suit stands next to a van carrying the coffin of Rabbi Aharon Yaacov Schwei outside of the Chabad headquarters in Brooklyn, Friday, April 24, 2020. Image by John Kunza

Rabbi Aharon Yaacov Schwei, 86, was a prominent figure in the Crown Heights, Brooklyn, Jewish community and held many top roles within the Chabad organization.

Despite the *overwhelmingly majority* of folks in my neighborhood practicing social distancing rules, large gatherings like this one today for a rabbi’s funeral procession are still happening. https://t.co/Ckt58KEiQa pic.twitter.com/MYqshjN6Gw

Whatsapp messages announcing the funeral procession implored people to practice social distancing rules if they planned to attend. “Please maintain social distance and stand at least 6 feet apart,” a message in bold read adding: “At no time may anyone gather around the car of the niftar/es. No one may come within 10 feet of the car.” 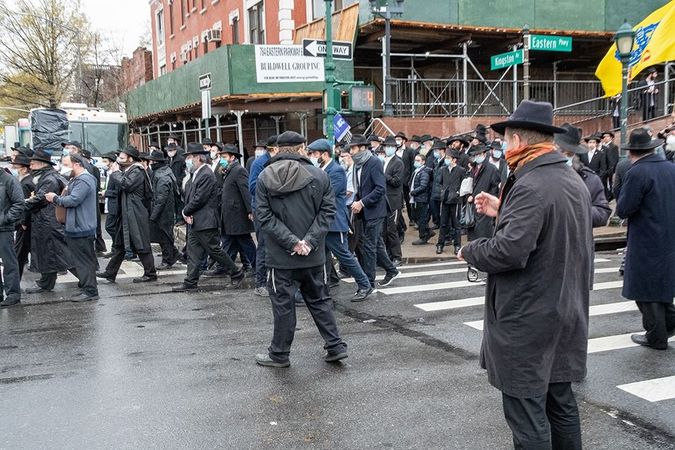 Onlookers follow the funeral procession for Rabbi Aharon Yaacov Schwei, outside of the Chabad headquarters in Brooklyn, Friday, April 24, 2020. Image by John Kunza

Despite the warning, the sidewalk outside of 770 was filled with onlookers with little space between individuals. An official dressed in a white bio hazard suit attempted to have the crowd separate and at one point NYPD Community Affairs officers who were observing from a distance asked organizers to hurry up and start the procession. 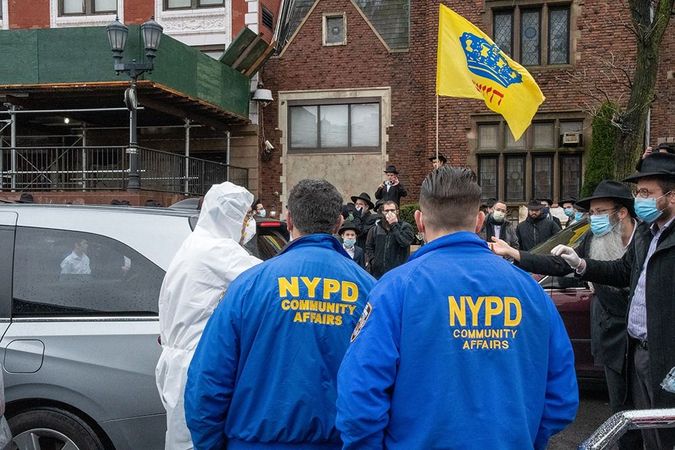 NYPD Community Affairs officers watch the start of a funeral procession outside of the Chabad headquarters, Friday, April 24, 2020. Image by John Kunza

“We will never do this again, get on the sidewalk and separate,” an announcement was made over a loudspeaker as the funeral convoy departed surrounded by onlookers walking along. 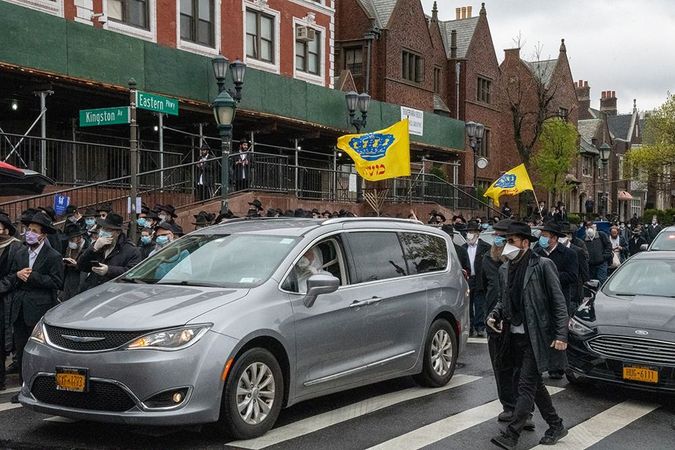 The funeral procession for Rabbi Aharon Yaacov Schwei begins outside of the Chabad headquarters in Brooklyn, Friday, April 24, 2020. Image by John Kunza

The Friday funeral procession highlights the spotty record that Orthodox groups have shown in trying to maintain a near-total shutdown of communal religious life in the city. While major Orthodox umbrella organizations, like Agudath Israel of America and the Orthodox Union, as well as influential schools and leading rabbis have called for Orthodox Jews to refrain from attending any prayer gatherings or sending their kids to in-person classes, there have been high-profile funeral gatherings in Borough Park, and some ritual baths and schools in Williamsburg have remained open.

In Crown Heights, minyans — prayer groups — in front of 770 have proved impossible to end completely. A recent scuffle between police and several college-aged men in front of the iconic building disrupted weeks of a tacit compromise between law enforcement and men gathering to pray: The men stand six feet apart, and the patrol officers let it happen, in violation of state rules prohibiting gatherings of any size.

The neighborhood has otherwise shown itself to be fully accommodating state and local social distancing and school closure rules: Chabad-affiliated schools closed on March 13, two days before New York City announced it would close its public schools. Other funeral processions have proceeded by car, so mourners can watch from their windows, and men pray from their stoops or across backyard fences.