Kosher to treyf, and back again: all in a day for Fairway’s bakery 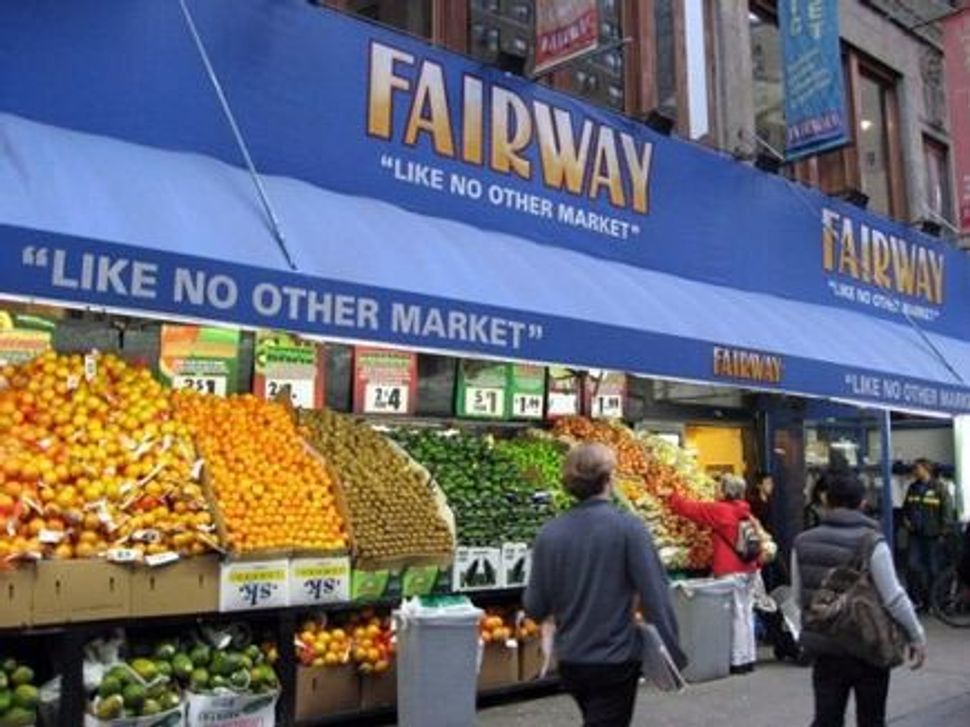 It was a baked goods bombshell.

On Tuesday morning, kosher-keeping Manhattanites woke up to learn that bakery items at Fairway, a beloved and beleaguered supermarket chain under new ownership after filing for bankruptcy, were no longer kosher — effective immediately.

“Oy…. the Rugelach there were the best. So sad,” posted one customer on Facebook.

And then they were kosher — also effective immediately.

So what exactly went down?

“URGENT KASHRUT ALERT,” read the headline on the Tuesday morning email to local rabbis from Rabbi Avroham Marmorstein, who says he had supervised Fairway’s bakery since its inception 25 years ago. Now, Marmorstein wrote, the company that owns several Fairway locations — Village Supermarkets — had let him go.

The announcement implied that locations owned by Village, including the flagship store in the Upper West Side as well as outposts in the Upper East Side, Chelsea and Kipps Bay, no longer had any kosher certification.

Suddenly, it seemed, a casual trip to a long-trusted neighborhood establishment could result in consumption of treyf treats.

A Jewish-owned family business founded in 1933 that thrived and expanded for decades, Fairway nevertheless filed for bankruptcy in January. Many considered the failure a result of its 2007 acquisition by private equity firm Sterling Investment Partners, which critics said overloaded the business with debt.

Fairway’s branches went up for sale at auction. While the fates of some are still uncertain, Village Supermarkets, the parent company of grocery store chain ShopRite, will operate at least four locations, including the one on the Upper West Side, under the name Fairway. But Marmorstein’s revelation suggested that for kosher customers, everything but the sign over the door had already changed at the four stores owned by Village.

The letter quickly made the rounds of Jewish institutions, especially on the Upper East and Upper West sides. Lincoln Square Synagogue sent the announcement to its email list, and other organizations posted about the development on social media. Screenshots of the letter also made their way to some kosher Facebook groups.

“Lol, there goes the theory that it’s easier to be jewish [sic] and kosher in New York,” one commenter wrote

Hours later, those same organizations and Facebook groups were circulating new and contradictory information: Kof-K, a nationwide kosher certification agency that supervises iconic brands like Ben and Jerry’s, said that Fairway branches owned by Village were “strictly kosher certified,” and had been supervised by the agency for 10 years.

“There was never a lapse in certification, and Kof-K is not new to Fairway,” Rabbi Daniel Senter, the agency’s kashrut administrator, told the Forward.

Absolute roller coaster 12 hours on the Upper West Side pic.twitter.com/yyT2MvTkxL

So why the alarming email?

For years, Marmorstein and Kof-K certified Fairway’s bakeries. But when Village took over several branches, it only retained Kof-K’s services.

Marmorstein said he sent his message as a warning, because he wasn’t sure the Kof-K would be supervising individual stores in addition to certifying products at Fairway’s central distribution center. Even after he stopped working with Fairway, customers told him that labels with his stamp of approval were still appearing on some baked goods. While he attributed that mistake to a logistical mix-up, he wanted to state emphatically that whoever was certifying the goods, it wasn’t him.

A large agency’s certification of products doesn’t replace the presence of a rabbi who is intimately familiar with a particular store’s protocols, Marmorstein said. While he worked with Fairway, he said, he was not only a kosher arbiter but a liaison to the community, ensuring that workers at the fish counter cleaned their knives according to Jewish law, facilitating tours for day school and yeshiva students and fielding questions from uncertain customers.

“People would call me up and ask if they could buy open olives from the barrel,” he said.

New owners have apparently decided that the availability of a local rabbi to advise kosher clientele is dispensable.

But kosher products themselves, Senter assured, are very much here to stay. In fact, he’s in talks with Village to work with them at other supermarkets.

“They called us up and said that they would like to not only continue but expand” kosher offerings, he said.

Kosher to treyf, and back again: all in a day for Fairway’s bakery