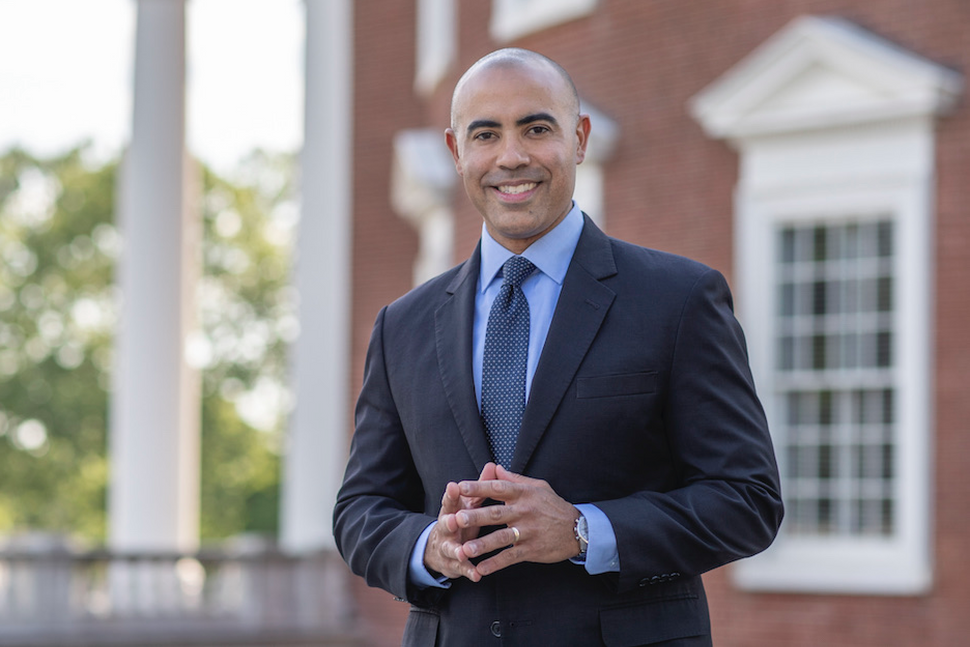 There has long been a very stale debate in the Jewish community over how to partner with Black America for change.

I’m neither a Farrakhan Jew nor a Heschel Jew. I’ve never found either side very satisfying. I can’t willfully ignore when people attack the communities I care about. But I also can’t turn my back on the single most important struggle in American life, because my Jewish values are bound up in it.

That’s why I was so relieved to find Ian Solomon.

Shortly after the killing of George Floyd, I followed a Twitter link to an essay posted on Medium titled, “Today, again, I am overwhelmed by grief and rage.”
The author was Solomon, dean of the University of Virginia’s Frank Batten School of Leadership and Public Policy, and – Twitter told me — both Black and Jewish.

A Jewish conversation about Juneteenth. Jodi Rudoren, editor-in-chief of The Forward, hosts Rabbi Sandra Lawson of Elon University and Tema Smith, a contributing columnist, in celebration of the end of slavery in the United States. Click here to join the conversation June 19 at noon EDT.

His short, powerful personal essay ended on a much-needed note of hope. I phoned him because I needed some. Solomon understood my dilemma – every aspect of it has played out in his biography.

His parents, Linda and Harold Solomon, adopted two Native American children, a boy and girl. Harold also adopted Ian, whom Linda had given birth to. Linda and Harold, who was a social studies teacher from the Brownsville section of Brooklyn, had three more children. Solomon went to Hebrew school and became Bar Mitzvah in Roslyn, N.Y. 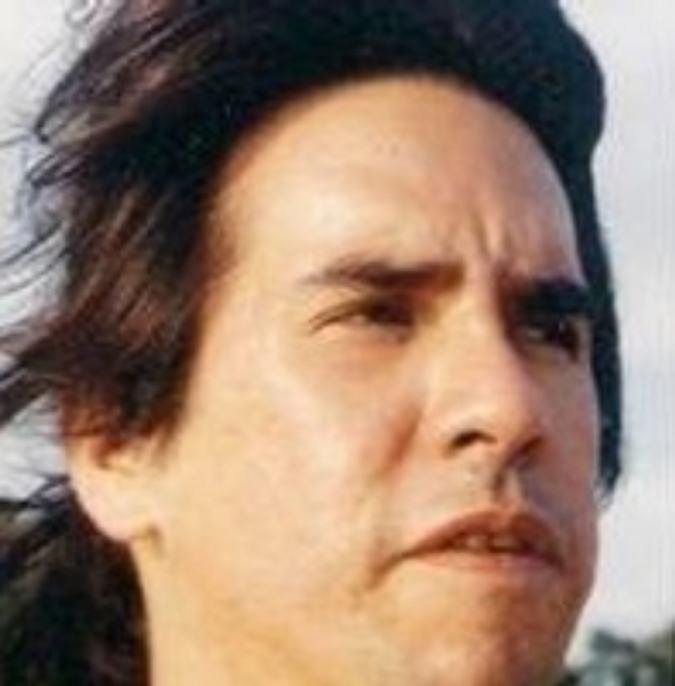 In 2011, Bureau of Indian Affairs (BIA) police picked up Sheldon Solomon on the Lower Brule Indian Reservation outside of Sioux Falls, SD for failing to appear on the charge of harassment. He had used foul language when trying desperately to get help from a police dispatcher over the phone.

They tossed him in a drunk tank to sober up. About 20 hours after his arrest, Sheldon Solomon was found lying on the cell floor, his skull cracked open. He was transferred to the regional trauma ward in Sioux Falls, where he slipped into a coma and died one month later. He was 47 years old. An FBI investigation concluded that Sheldon Solomon must have had a seizure and cracked his skull on the concrete bench in his cell.

“It was a huge wake-up call for me,” Ian Solomon told me. “It’s too easy to put the blame on individuals and not recognize what’s below the surface. We put all the blame on a person’s failings, and they do have failings. But my brother did not fail to be a human being, right? It’s easy to dehumanize people for their errors, for their mistakes, for their addictions, for their pasts.”

That, I said to Solomon, was exactly what people need to hear before they blame victims of police violence like Floyd, Eric Garner and Michael Brown for their own deaths. The inescapable truth of American life is that Sheldon Solomon didn’t die in police custody because he was from a Jewish family in New York. He died because he was also Native American.

“I went out there and tried to figure out what happened,” Solomon said, “because no one does an investigation for a poor Native American alcoholic.”

Solomon drew on FBI contacts, a high-power law firm and other resources. His brother needed a hospital, not a jail cell. Surveillance cameras that should have been working were not, and Solomon still has doubts about the official story. He sued the Federal government in Solomon vs. United States and won a settlement, which went to his brother’s three adult children.

“The state at some point, some may argue, is entitled to take your life, after due process,” Solomon said. “That due process did not happen here. The state was not entitled to take his life, and I think it must be held accountable for doing so. When you take someone’s liberty, you owe them a duty of care.”

Now 47 himself, Solomon wants people to understand there really is such a thing as systemic racism, and there’s also a way to combat it, together.

The rift that inevitably rents the Black and Jewish communities is, he said, a result of mutual, deeply felt traumas. He feels it in his own identity.

“It’s never been uncomplicated for me,” he said. “You know, when you see elements of racism among the Jewish community or anti-Semitism in the Black community, both are deeply hurtful. Both communities are healing from their own traumas, and they’re not always as thoughtful about the others.

“And yet the history of working together and holding hands to fight for justice, for liberation, is quite strong. So it’s just trying to remind people – remind myself – of that.”

The challenge, he said, is for both Blacks and Jews to show compassion for a group that’s still suffering from trauma.

“There will be statements that are hurtful to us, but we can be bigger and stronger than statements. I could still be in collaboration with you because what we’re working on transcends some statement that you made in the past. I don’t have to let that statement stand for everything that you are.”

Solomon and his wife, who is of Jamaican and Chinese heritage, have two teenage sons. The family Passover table, he said, is multi-ethnic and multi-generational. This year he will likely mark Juneteenth as he does Martin Luther King Jr. Day, by playing famous speeches of Black liberation. 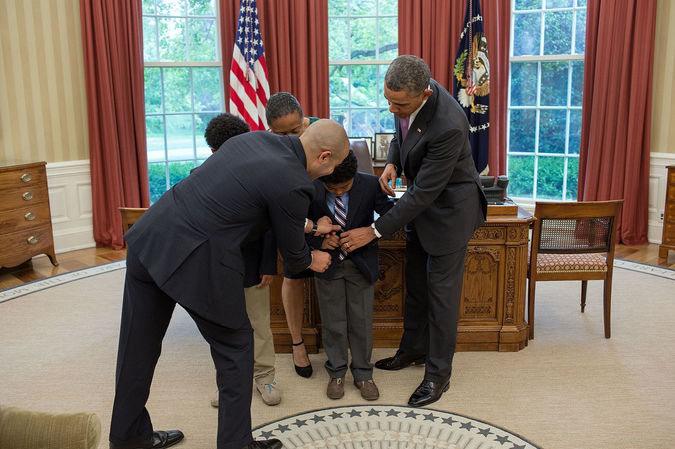 President Barack Obama and Ian Solomon, U.S. Executive Director of the World Bank, along with members of the Solomon family, prepare to take a departure photo in the Oval Office, May 10, 2013. (Official White House Photo by Pete Souza) Image by wikicommons

If there were ever a voice that needed to be amplified in the Jewish community these days, who can bridge the Farrakhan-Heschel abyss, it is his, and the voices of the many others who are living both the Black and Jewish experience. The rest of us? We should just listen for a change.

“You know, I have my Native American sister, my three Jewish American biologically connected siblings. But, you know, we are one family,” Solomon said. “And that’s the fundamental belief that drives my work – we are all cousins at the end of the day if you go back far enough. That’s my take on the concept of tikkun olam, you know, repairing this world means bringing this crazy family back together again.”

Rob Eshman is national editor of The Forward. Ian Solomon will speak as part of Temple Emanu-El’s Streicker Center’s online Repairing the World series on June 24 at 6 p.m. EDT