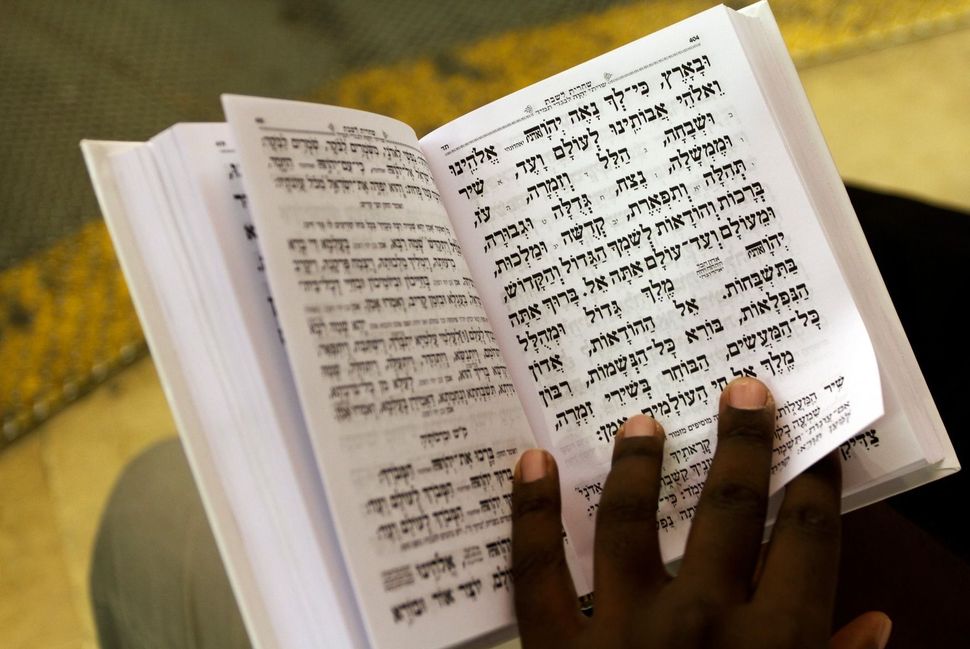 Four national organizations and three prominent synagogues have signed onto a letter that seized on a national debate about racism to push for change in the Jewish community. The letter commits them to increasing their representation of Jews of color by reserving 20% of board seats for them, among other things. However, the biggest, most high-profile groups have not added their signatures.

As of the June 19 deadline suggested by the letter’s writers for either signing or issuing a supportive statement, about 70 groups have signed the letter.

All of the signers are progressive, some are new, and many are small and dedicated to local communities. The biggest, most historically important organizations have not signed, but at least some are talking about it, internally.

“We are going to use the letter as a kind of discussion paper,” said Mark Hetfield, CEO of the refugee aid and advocacy group HIAS, in an interview. “But the letter is very prescriptive and we don’t want to make a commitment that we can’t meet.”

Titled “Not Free to Desist,” the letter demands that its signers promise to fulfill seven “obligations” within three years, including creating a new organization to ensure signatories follow through, the explicit endorsement of the statement “Black Lives Matter” and making sure 20% of their staff and leaders are people of color in addition to the board quota specifying Jews of color.

Among the signers are four social justice organizations that work nationally — Bend the Arc Jewish Action, Avodah, IfNotNow and Never Again Action. The synagogues IKAR in Los Angeles, The Kitchen in San Francisco and Kolot Chayeinu in Brooklyn have also signed, in addition to several other synagogues and prayer groups.

“This is a gift that we should not take for granted,” said Bend the Arc Jewish Action CEO Stosh Cotler, referring to the letter and the work that went into creating it. “To actively dismantle racism requires effort on the part of white Jews.”

The biggest, oldest Jewish groups — such as the Union for Reform Judaism, the Jewish Federations of North America, the Anti-Defamation League, or the National Council of Jewish Women — had all already issued statements pledging to support similar goals, as had over a hundred others. They did not, however, sign this letter by the deadline, also the date of Juneteenth, the holiday that celebrates the official end of slavery in the United States. The Forward Association has also not signed.

“The letter might have a moment, especially in light of the larger issues happening in the society, but whether or not it changes attitudes or behaviors will be an interesting question,” said Steven Windmueller, a professor emeritus of Jewish communal life at Hebrew Union College’s Los Angeles campus.

The letter’s three writers — Lindsey Newman of Be’chol Lashon, Aaron Samuels of Blavity and Rachel Sumekh of Swipe out Hunger — declined to comment on the exact number of signers. (Some of the names of individuals don’t include the name of the organization they represent, and some organizations signed more than once.)

Even as Jewish groups pledge to work on issues of representation, equity and inclusion in the aftermath of the death of George Floyd in late May at the hands of police in Minneapolis, they are still debating the racial makeup of the community.

In May, Ira M. Sheskin and Arnold Dashefsky, demographers at the University of Miami and the University of Connecticut [respectively,] and editors of the 2019 American Jewish Yearbook, published an article suggesting that Jews of color likely number closer to 6% of the total American Jewish community — or about 420,000 — as the Pew Research Center estimated in 2013, rather than the 12% to 15% estimate put forth by a study commissioned by the Jews of Color Field-Building Initiative and led by Ari Y. Kelman of Stanford University.

Saving 20% of board seats for Jews of color, then, would mean actually over-representing them, even using the highest estimate. That might not be achievable, Hetfield said.

Rabbi Sharon Brous of IKAR said that while it’s true that the targets are very ambitious, and maybe impossible for some groups, people shouldn’t take the letter’s goals too literally. Its title — “Not Free to Desist” — actually embraces failure even as it insists on effort; it’s a reference to a Talmudic aphorism that reads “You are not free to complete the work, but neither are you free to desist from it.”

“We’re looking at as a bold, visionary roadmap that will need to be adopted for different organizations and different cities,” she said.

Indeed, Indiana University Professor Una Osili, who studies board diversity, has never seen activists pushing for such specific targets, she said in an interview.

Quantitative goals are essential to help groups make concrete progress, but it’s also important that outside activists work to build enthusiasm for change, said Osili, who is on the faculty of the Lilly Family School of Philanthropy.

The group behind the Not Free to Desist letter did not contact HIAS or Bend the Arc in advance, said both Hetfield and Cotler.

Cotler called the letter a “loving agitation” and said that transformative change probably wouldn’t happen without it.

All the work required to actually take action on the obligations hasn’t started yet, she said. That process is very important, Windmeuller said.

“Change requires more than a letter,” he said. “It requires engagement.”