Menu
HomeEmiratis say their deal with Israel will be good for Palestinians, too — eventually

People here have by and large embraced the bilateral “Abraham Accord,” which was signed Aug. 13 and consummated, symbolically at least, on Aug. 31, when a plane carrying American and Israeli officials flew from Israel to the UAE— the first commercial direct flight between the two former enemies in history.

“This deal is positive on multiple fronts,” said Dubai-based Sleem Hasan, CEO and founder of Privity, a venture capital advisory firm. “The ability to bring capital and ideas together offers a win-win scenario for both nations. Israel is a great land for innovation and technology. This agreement will add to the UAE’s growth. It takes two big men to overlook their differences and shake their hands together and that’s what I admire.”

Hasan echoes the outlook of many residents, who see mostly positives in the deal.

Supporters of the deal laud the prospects for annual trade between the two nations that sits in the realm of $2 billion up to $6.5 billion, according to economists.

Why has the deal been embraced by UAE residents when peace with Israel still does not have popular acceptance in Jordan and Egypt, which have decadeslong peace deals with Israel?

A big part of the reason is that the dramatic deal did not come out of the blue. There has been a rapprochement between Israel and the UAE for close to a decade.

“After many years of a relationship-building up behind the scenes, it was not a question of if but when,” said Taufiq Rahim, an Emirates-based senior fellow at New America, a research institute. “In reality, while it is making waves now, soon the UAE-Israel relationship will become simply an unsurprising feature of an increasingly complex region.”

In September 2019, during what the UAE declared to be their “Year of Tolerance,” Abu Dhabi announced that it would build an interfaith complex housing a mosque, a church and a synagogue to be called the Abrahamic Family House.

It had also been planned for some time that Israel would take part in the Expo 2020 world fair that was due to take place in Dubai, the UAE’s most populous city, this October, but has been postponed because of the COVID-19 pandemic. It is the first world fair to be hosted by an Arab state. In August 2019, the Israeli newspaper Haaretz reported that the UAE bought two intelligence-gathering aircrafts from an Israeli business owner, and most recently, the UAE’s ambassador to the UN stated publicly that it would be willing to work with Israel on a Covid-19 vaccine.

The deal’s most vocal critics in the region have been non-Arab nations: Iran, Pakistan and Turkey. For the most part, the rest of the Arab world has stayed tight-lipped and silent. Saudi Arabia, whose foreign minister Prince Faisal bin Farhan said the deal “could be viewed as positive” during a news conference, stressed that the Kingdom would be open to establishing similar relations on condition that a peace agreement between Israel and the Palestinians could be reached. Oman and Bahrain publicly welcomed the agreement.

One very sore point UAE supporters strive to address is the Palestinian issue.

“There is a total Palestinian consensus against the Emirati step because it’s seen as a betrayal of the Palestinian cause,” said the UK-based Palestinian writer and academic Khaled Hroub. “This normalization of relations doesn’t help to bring peace. It encourages the most right-wing and extremist Israeli government to perpetuate its occupation of Palestine and prolong the conflict. The fig leaf that was used, stopping the annexation, has been exposed as a silly joke that was immediately dismissed by Netanyahu, who confirmed that annexation is still on the table and he is committed to it.”

“This alliance between the Israeli occupier and Arab authoritarianism is a recipe for future revolutions and conflicts, not peace,” added Hroub.

But Emiratis are spinning the accord into a positive for the Palestinian cause — eventually.

“This bilateral agreement could eventually be good for the Palestinians because Israel will start listening to the Palestinians via Arabs in the Gulf,” said a Lebanese-Emirati female lawyer who preferred not to disclose her name. “The UAE is a very open-minded state that has people living here from all over the world. This a peace agreement through economic gain. Peace doesn’t mean anything if you don’t have a healthy economy. We can’t get peace through war.”

Earlier this week, Abu Dhabi’s Crown Prince Sheikh Mohammed bin Zayed Al Nahyan stated publicly that the deal between the UAE and Israel will not come at the expense of the Palestinian cause. The UAE, he continued, is the Palestinians’ “second nation,” adding that the UAE was committed to the creation of a Palestinian state with East Jerusalem as its capital.

“Historically, the compact between the Arab nations and the Palestinians was ‘no peace and no normalization-’ with Israel until a just settlement is reached with the Palestinians. However, it can be argued that this compact has not produced the desired results for the Palestinians: their position has been systematically eroded over the last decades,” said Wassim Mourtada, the Dubai-based managing director of CrystalPoint, a venture capital and private equity firm.

“In moving beyond this compact, the UAE has slain a sacred cow,” he added. “To be sure, the UAE has its own strategic sovereign calculus in moving ahead with the Abraham Accord. For example, technology transfer from Israel to the UAE, in return for financial investment, in the domains of defense, life sciences and agriculture are strategic. However, given the sudden reveal of this Accord, there is a visceral reaction from some quarters, that the UAE may have impaired the Palestinian cause.”

The silver-lining of the deal for the Palestinians has yet to be found. However, it remains a possibility. “Given the UAE’s historical and steadfast support of the Palestinian people, this Accord can conversely present a true opportunity for the Palestinians with an emerging effective influence of the UAE within Israel,” continued Mourtada. “As events unfold, and with other nations potentially following suit, it will take a brave mindset and an equally expansive vision and adept execution on behalf of the Palestinian leadership to rise to this occasion and to successfully navigate a rapidly changing dynamic.”

A longtime close adviser to the UAE government who spoke on condition his name be withheld put it bluntly.

That changing dynamic can perhaps best be illustrated through the Jewish Community of the Emirates (JCE) that has been operating from a villa largely off the radar for close to a decade in the UAE.

It started in 2010 in the living room of a Jewish practitioner living in Dubai. JCE then slowly developed from informal gatherings to formalized prayer groups conducting religious services for nearly every Jewish sabbath and major festival for hundreds of residents.

“At the time, the men were not comfortable disclosing their religion but desired to continue practicing their faith,” said a member of JCE who has lived in Dubai for 14 years. “It then grew into this beautiful and organic way catering to all parts of the Jewish spectrum.”

Until the last two years, it was challenging for members of the JCE to speak about their faith in public of the UAE. They operated under the radar in order to respect Emirati authorities who were aware of their community. After the UAE Year of Tolerance was announced in 2019 members felt more comfortable speaking about their faith.

“It’s hard to believe this is happening; sometimes we need to pinch ourselves to remember,” added the member. “We are filled with hope. This is the dawn of a new era.”

Rebecca Anne Proctor is a journalist based in Dubai. 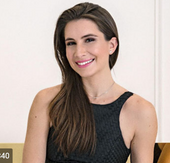