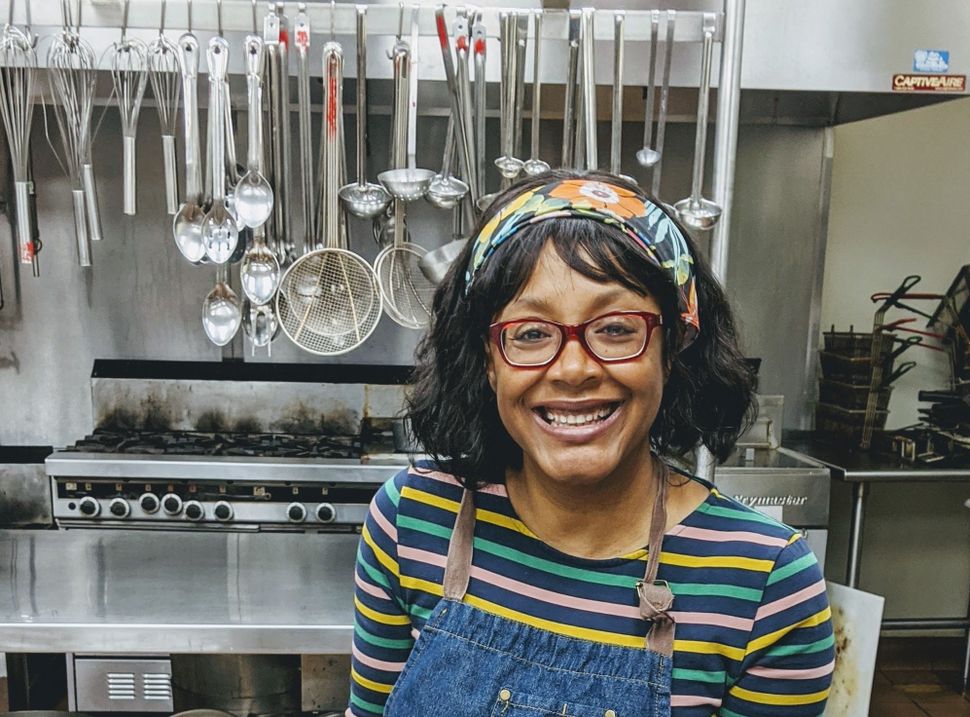 Marisa Baggett is the founder of Zayde’s NYC Deli.

The year 2020 has been a brutal one for the restaurant and catering industry — unless you happen to own a small, kosher catering company in Memphis, Tennessee. ,

Marisa Baggett, the Jewish founder of Zayde’s NYC Deli, enters her second high holiday season looking back on a year filled with struggle and who-would-have-thought-it success. If there’s a lesson in her success for a struggling industry, it’s likely that she found an unmet need, and filled it well.

“It blew my mind at how many people wanted things,” she said, “and the great thing about it was that we found we weren’t catering just to the kosher-keeping community. Others within the Jewish community who didn’t necessarily keep kosher thought, ‘Wow this is wonderful, I don’t have to cook for Rosh Hashanah’ — and we were flooded with orders.”

Baggett founded Zayde’s a little more than a year ago, in June 2019, to provide kosher-observant Jews in Memphis with pre-prepared options for Shabbat and other meals.

At first, it was a side project for Baggett, who had a full-time job.

“When you get home late on a Friday afternoon, the last thing you want to do is figure out how to make Shabbos in an hour and half or less,” she said. “I thought there’s got to be a service where you don’t have to buy a 9×13 pan of chicken and you can just get a whole meal.”

Each offering on the menu is a full meal, from soup to dessert, Baggett explained.

Born in a small town in Mississippi with practically no Jews, Baggett grew up in a devoutly Christian African-American family and didn’t meet any Jews until moving to Memphis as an adult.

At the time, she was in the midst of a spiritual search, as she described it, and found herself drawn to Judaism, in part, because of the dietary system of kashrut.

“As a person whose life revolves around food. I thought the kosher laws were something I ought to look into.” said Baggett. “and as people always joke, those who embrace Judaism later on in life tend to be the most zealous.”

Her culinary career, however, began with a different culture’s cuisine, sushi. She has written two books on the dish, “Sushi Secrets” and “Vegetarian Sushi Secrets,” and used to often travel to host sushi making classes, consulting for new restaurants and contracting for caterers, including kosher ones.

“Once I started contracting with caterers to do kosher sushi and learned more about what kashrut involved,” Baggett said, “I became really fascinated by it, and thought, yeah I want to do it that way!”

Ultimately she worked up the courage to reach out to a local rabbi and formally begin the conversion process.

While she has heard about the difficult experiences met by many converts and especially Jews of color in integrating into the wider Jewish community, Baggett stressed that that has never been her experience. Memphis’s Jewish Community has always been particularly welcoming she found, and in fact, as a woman of color has had a far greater struggle in the culinary industry.

“As a Black woman standing behind a sushi counter, that’s been a bit much for a lot of people, and in my early career it was very tough,” she said.

After her conversion she began teaching Judaics at Memphis’s Temple Israel, where she was working when the need for a kosher delivery service like Zayde’s became clear to her.

Baggett initially intended to keep Zayde’s as a part time venture for about a year before even considering taking it full-time. However the explosion of interest quickly nixed that idea.

Then came COVID-19, and Baggett feared the pandemic would destroy her fledgling business.

Baggett was mentally preparing herself for cancelled Passover orders and the real possibility of shutting down.

Instead she found the opposite.

“In Memphis it’s already hard enough, on any given regular, to get the stuff that you need to make a Passover seder possible,” she said.

With those planning on traveling or joining others now having their own individual seders, her catering was in high demand.

“After Passover I thought, ‘Well that was Passover, things will die down’” Baggett said.

But her weekly Shabbat business has remained strong — and orders are pouring in for the High Holidays.

“It’s really been amazing the support the community has offered through all of this,” said Baggett.