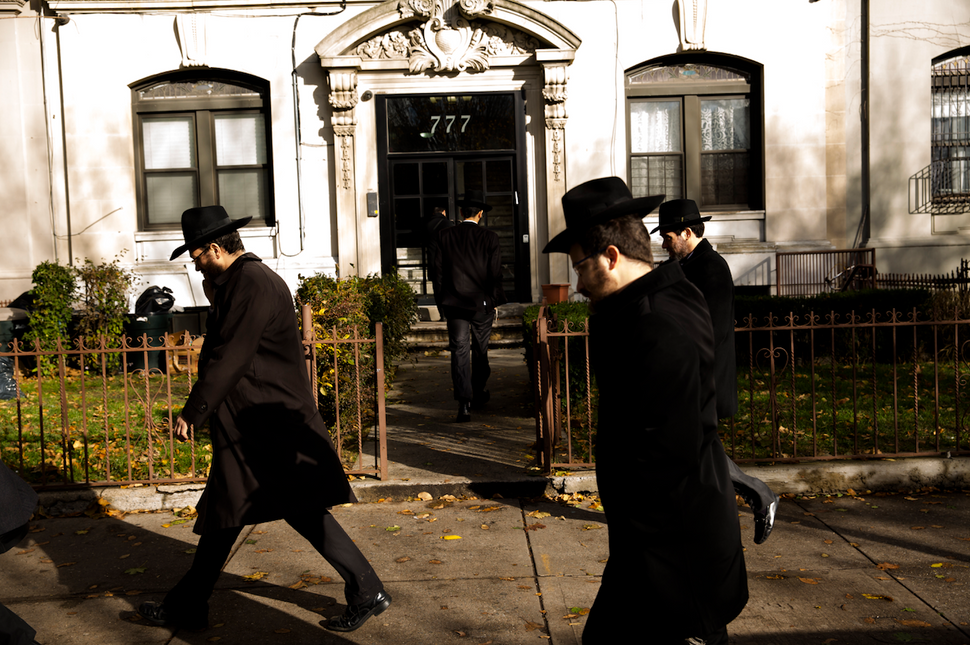 The leading Orthodox advocacy and religious authority has released a rabbinical decree ahead of the High Holidays that contains no mention of masks or social distancing, in contrast to the organization’s previous statement, which called on congregations to be careful at large gatherings.

The decree, or Kol Korei, was written by a group of 15 rabbis. Called the Motezes Gedolei HaTorah of America, they are understood to be the ultimate religious authority for Haredi Jews — also sometimes called ultra-Orthodox — in the United States. The statement exhorts worshipers to extend Torah study and not to change any aspect of prayer.

“The blowing of the shofar should not be changed in any way,” it said.

The shofar blast can spread the coronavirus by scattering particles of the virus to listeners.

The statement, which also tells worshipers to extend Torah study and to pray God to end the virus, contrasts with one Agudath Israel made on Aug. 30 after an uptick in coronavirus cases in Lakewood, Five Towns, Brooklyn and other Haredi, or Ultra-Orthodox, enclaves. That statement called on every community to “remain vigilant” and be aware of “large simcha gatherings” that “are often loud, requiring shouting (which emits more particles.)”

Agudath Israel also published a statement on Tuesday reminding worshipers to, “with the guidance of your rabbonim,” socially distance and wear masks “as much as possible,” but that statement was not a decree from religious authorities.

A spokesperson for Agudath Israel of America said in an email that the statement addressing Torah study and the shofar was rabbinic and focused on spirituality: “There has been no lack of focus on safety and health precautions.”

Rabbi Pini Dunner, a prominent Orthodox Rabbi in California with ties to the East Coast Haredi community, said over Whatsapp that “everyone wants to feel that they are following an authority.”

“There is utter confusion” in the community, he said, and the mixed messages leave many “out at sea without a map.”

A Department of Health spokesperson said in an email that Commissioner Howard Zucker “has had multiple conversations with rabbinic leadership” about following state guidelines over the High Holidays.

In Haredi Brooklyn, worshipers are long past putting on hold the rhythms of religious life. Weddings persist, as does the perception that the community has “herd immunity,” which would eliminate the need for precautions.

The community has, from the beginning of the pandemic, felt unfairly targeted by City Hall and the NYPD in enforcing social-distancing measures, which has bolstered the spirit of defiance that has one Yiddish news outlet anticipating thousands of worshipers in attendance at a Satmar synagogue in Williamsburg for the High Holidays.

In Crown Heights, another Brooklyn neighborhood that is the home of the international Chabad-Lubavitcher movement, a late-night prayer service at the headquarters had men packed together shoulder to shoulder, with very few worshipers wearing masks, according to video from this past Saturday. Current law demands that houses of worship operate at a third of their capacity or less.

Agudath Israel and Chabad are two different organizations, each with their own council of rabbinic authorities.

Chabad has warned that its headquarters at 770 Eastern Parkway may have to close for a second time since the start of the pandemic, according to the Chabad news site COLLive. Rabbis in that community are also saying that masks are now mandatory at “770,” as its called.

Hatzalah of Williamsburg has also released a statement warning community members of a mild uptick in coronavirus cases.

“The high holy days are nearing. It’s very important for every family to maintain the minimal precautions necessary to protect themselves and those near them,” it said in Yiddish.