Birthing babies – and equality – in the maternity ward 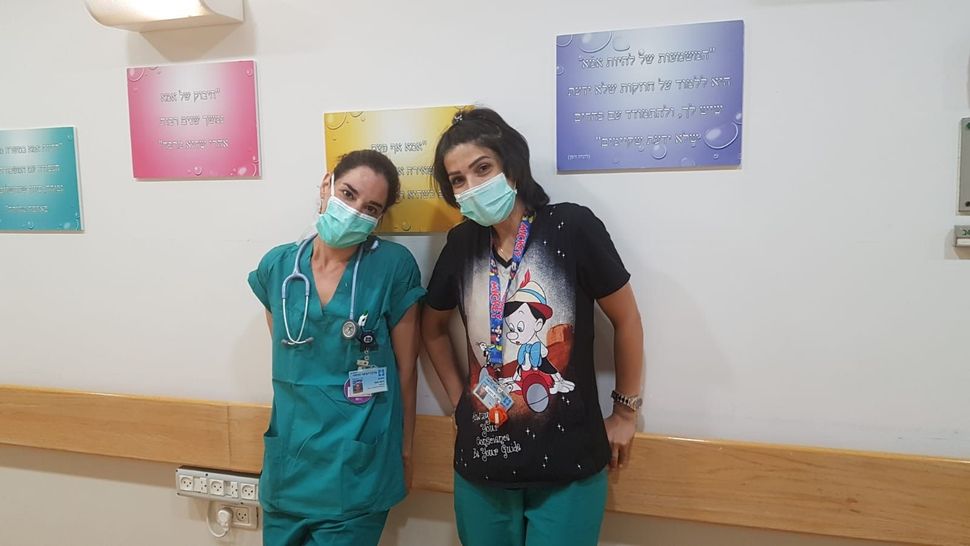 When Gila Zarbiv gets a call from her boss, the head midwife at Hadassah Ein Kerem, that a COVID-positive woman has just checked into the maternity ward and is already at the pushing stage of her labor, she only has a few minutes to run.

She flies through hospital hallways, her heart pounding. She pauses only to step into her personal protective gear — a white hooded suit, an N-95 mask and face shield. Her hands are gloved, her feet covered. Nearly breathless, she reaches the isolated room set aside as the COVID-19 delivery room. To limit exposure, she’s the only midwife in the room with a laboring mother. A second midwife, also suited up, is outside the room as backup.

Zarbiv was the first midwife in Israel to help a COVID-positive woman deliver. But she makes it clear it’s a team effort to work any day in the maternity ward, especially now, during this historic pandemic. Among the midwives she works closely with is a woman named Rahel Najwan Rasslan. Rasslan is an Arab citizen of Israel who grew up in Haifa, and Zarbiv, who is Jewish, immigrated to Israel from Pittsburgh.

The two, both 35, met first working the postpartum ward together at Hadassah Ein Kerem and have both spent their careers at the hospital.

They work eight-hour shifts, sometimes late into the night and always on their feet. They have both been taking on extra shifts during the corona crisis to fill in for midwives caring for COVID patients and others who are in quarantine themselves. 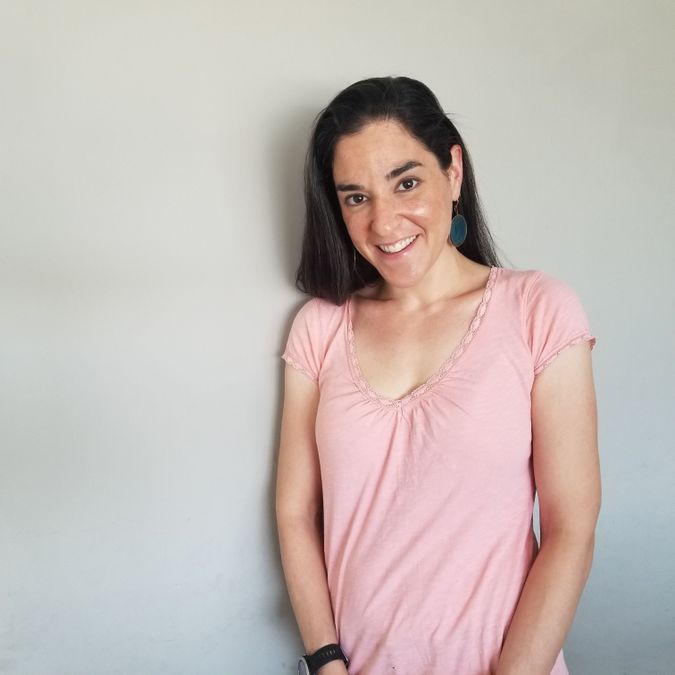 Both women describe their work as a calling, not a job. They are full of appreciation for their midwife colleagues and one another.

“Rahel specifically will always you know, jump into our rooms, what do you need? How can I help? How can I assist? We’re always pulling together you know, for each other with each other,” Zarbiv says. “I can tell you about how she delivers, it’s a very serene experience. She has this serenity about her. I love being immersed with her I love watching her work. I love this ability she has to create this moment of serenity, her voice incredibly gentle, she’s incredibly soothing, incredibly calming.”

Rasslan says this of Zarbiv: “She was born to be a midwife, she is such a good person.” She wishes, she says, there were more Gilas in the world; it would be a better, warmer place.

Midwives, they say, are seared together by the intense experience of their work.

“You develop this unspoken language that you are able to communicate with your eyes and understand things and there is no one in the world who can understand what it is that we just went through at that moment. Because of the intense experiences that we have,” Zarbiv said. “Rahel is a coworker and I truly consider her a part of my family.”

In rare moments of downtime on a shift, they rush to hug each other and catch each other up on what’s going on for each another, on the job or beyond.

They work on a diverse staff — Jewish and Arab citizens of Israel, Palestinians, immigrants, people at all levels of religiosity. And they describe an atmosphere of acceptance, where no one is marginalized.

But where they do encounter racism and prejudice is occasionally from their patients. After giving birth for example, some women, usually the more Orthodox Jewish women, will sometimes ask to be roomed with another Jew.

While it angers them, they try to use it as a way to educate their patients.

Zarbiv will often correct the woman who is asking, saying she’s putting her in a room with a fellow woman, a fellow human being.

“I think it’s part of our role as caregivers to role model equality,” said Rasslan.

Birthing babies – and equality – in the maternity ward