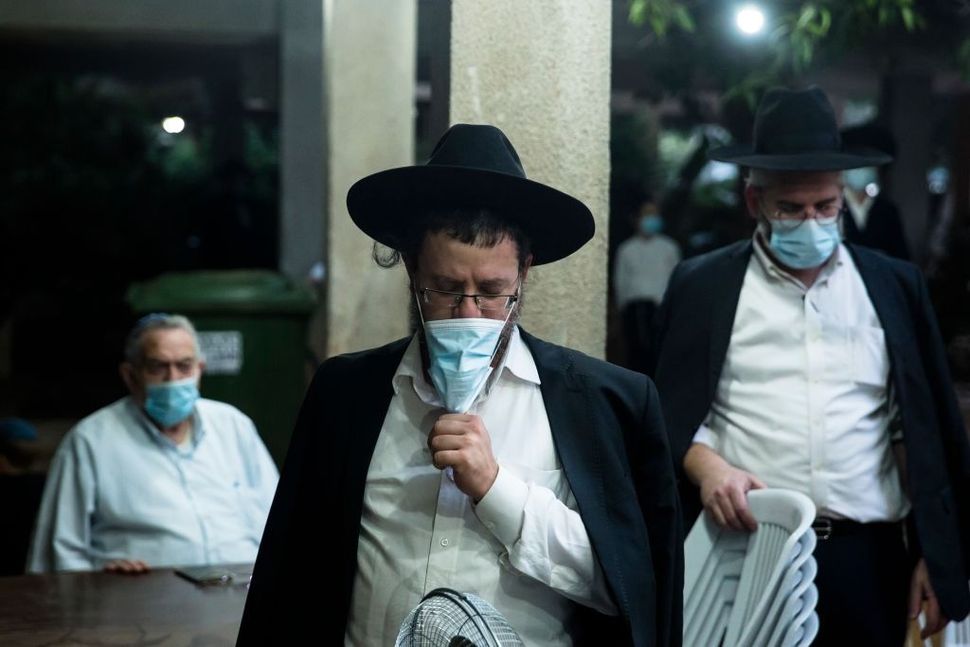 Orthodox Jewish doctors are triggering a debate about safety and freedom as they sound increasingly loud alarms about the need for more caution heading into the holiest day of the Jewish year, Yom Kippur, citing an increase in COVID-19 cases in their communities.

“Do we all have such a short collective memory of what happened Purim and Pesach?” asked Rabbi Dr. Aaron Glatt of the Five Towns, a densely Orthodox section of Nassau County, Long Island, in an open letter.

Glatt’s statement generated fierce resistance on Facebook from members of his community. An anonymous “open letter” circulating on WhatsApp and Facebook, signed by “Many Really Disappointed Members of the Community,” accused Glatt and his colleagues of being too strict.

“The question is if you value our children and their chinuch [education] at all or if the only thing that matters is the risk of death to our elderly?” the letter asked.

In this community, where regular prayer services serve as the beating heart of society, there is a deep longing to gather for prayer in person, particularly on the holiest days of the year. Over the summer, hundreds of synagogues spent weeks preparing to hold High Holiday services with precautions — holding them outdoors in tents, or gathering indoors at a low capacity with masks. The rancor in the Five Towns reflects a broader debate as cases tick up: Some are nervous about returning to synagogue this Yom Kippur, while others are rebelling at what they see as the arrogance of medical professionals.

“Rather than rely on our Rabbanim to be our guides and our advisors, the power has been abdicated [sic] to you and communal and individual decisions are made in the name of public health, rather than based on halacha and with the big picture in mind. Is the CDC and the DOH our new poskim” — empowered to make Jewish legal decisions?

One Monsey resident, who spoke on condition of anonymity out of concern for his position in his community, initially planned to go to indoor services for Yom Kippur, but has now decided not to. His decision was due to “a combination of the uptick and people still not necessarily wanting to change what they were doing,” he said.

One person who lives in the Five Towns, who spoke on condition of anonymity out of fear of compromising his job, said he would not be going to services on Yom Kippur, but would pray at home instead.

“‘And you shall guard yourselves very much’ isn’t a suggestion,” he said, referring to the Biblical commandment of taking care of one’s health.

That person hadn’t been to synagogue since the early-spring holiday of Purim, which happened right before COVID-19 was widely understood. The nature of the holiday, in which costumed crowds drink and carouse, is considered to have contributed to the wave of sickness and deaths that hit Orthodox communities in the ensuing weeks, around the time of Passover.

Now, the Five Towns have the highest case numbers in Nassau County, according to Glatt’s letter. Neighboring Far Rockaway, in Queens, has the “distinction,” along with five other neighborhoods (Midwood, Borough Park, Williamsburg, Kew Gardens and Bensonhurst) of generating 20% of all new NYC cases, he wrote.

The New York City Department of Health said in a statement on Tuesday that the current increases could “evolve into more widespread community transmission and spread to other neighborhoods unless action is taken. We are monitoring the situation for the need to take further steps in these areas.”

Haredi communities — also known as “ultra-Orthodox” — had been hit hard by the virus earlier this spring, with some estimating at least 700 deaths in the early weeks of the virus.

Some still plan to attend services in-person, but are vowing to take the necessary precautions.

“We literally ask Hashem ‘Who by plague’,” said David Lobl, a resident of Cedarhurst, N.Y., referring to the Yom Kippur liturgy that laments the many potential ways a human being can die.

Lobl has decided to attend an outdoor, mask-mandatory service this year, due to the uptick in local cases, instead of indoor services. “How can we possibly ask that, if we ourselves aren’t taking every possible precaution to keep ourselves safe?”

Those measures are the correct ones, according to the Monsey letter. It urged community members to wear a mask at all times when one cannot socially distance, to stay home if feeling ill, and to keep children home if they do not feel well.

“With the Yomim Tovim upon us, days when we congregate and celebrate together, it is extremely important for every family to adhere to these basic guidelines in order to help protect our community.”

Glatt, in his letter, also expressed his concerns about rising cases contributing to anti-Semitism.

“How do you think our neighborhoods are described in the lay press and by the Department of Health?” he said. “What type of comments do you think are being made on polite social media, never mind on the dark web and nefarious sites that always besmirch us.”