‘Loxism’ is not the belief in lox 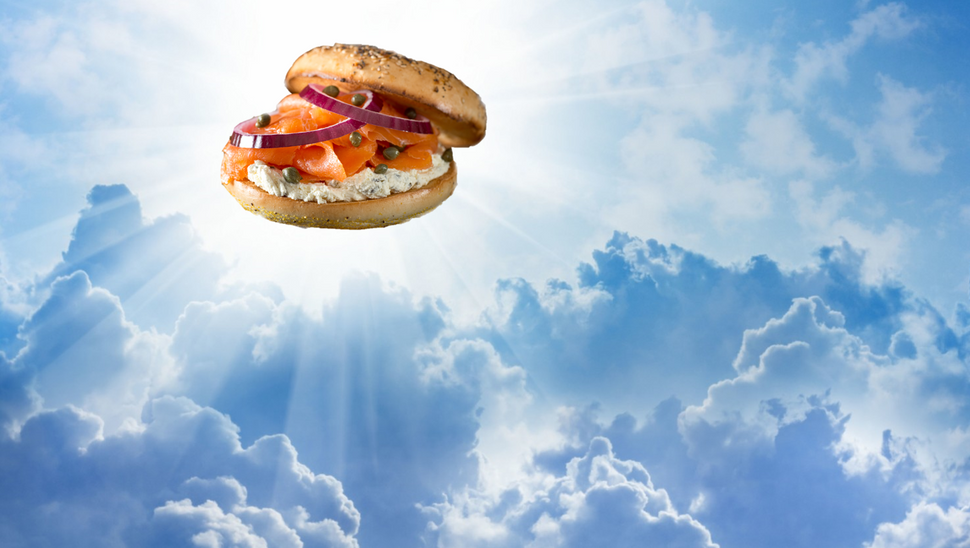 Let us know what you think: [email protected]

Though it takes its name from the Jewish breakfast food, the theory has nothing to do with smoked fish.

One of the most-shared links identified by ISD was a video explaining the “loxism” conspiracy theory, describing it as “the most pervasive form of racial hatred on the planet.” The loxism video has been viewed more than 3,700 times and has been shared on public Facebook pages and on Instagram under the hashtag #Loxism. One Instagram post claims that Jews “used the blacks and dark skinned people to push their divide and conquer agenda.”

One of the accounts promoting “Loxism” on Twitter is @Know_More_News, which was banned from YouTube earlier this month when the platform cleaned house of QAnon conspiracy theorists.

The concept of “Loxism” first generated chatter on the internet in 2005, during discussions among white supremacists about an op-ed by Thomas L. Friedman, who is Jewish, in the New York Times about the London bombings that July 7.

But search interest peaked in August of 2006, when an antisemitic broadcast discussed the establishment of the Yale Program for the Study of Antisemitism as the “Yale center for Loxism.”

Some antisemites explain their belief in “loxism” by citing a quote frequently misattributed the French enlightenment writer Voltaire, “To learn who rules over you, simply find out who you are not allowed to criticize.” It actually originated from the American white supremacist Kevin Alfred Strom.

Jiore Craig is a vice president and the director of the digital practice at the political polling firm Greenberg, Quinlan, Rosnera. She specializes in differentiating between online sentiment and wider general public opinion. This interview has been lightly edited for length and clarity.

Boigon: Most readers have heard of voter suppression. But your firm has done work on another election issue, voter depression. What’s the difference?

Craig: We often hear about voter suppression, which is efforts that aim to prevent people from voting.

Voter depression is more an effort to create an enthusiasm gap, to minimize enthusiasm. If people are feeling excited about a candidate, if they’ve really bought into a certain policy, it’s planting questions in their mind that make them feel like maybe they can’t be as enthusiastic, or maybe they have no ability to have an impact on the vote. It’s more about attitude and more about weakening energy or an intention around a candidate.

Boigon: Who is generally targeted by voter depression?

Craig: Black Americans are targeted disproportionately by foreign-state actors and domestic actors. But other groups are targeted as well— young people and immigrant communities.

We know that most of the disinformation campaigns or influence operations seek to break down trust in some way. When you’re breaking down trust, often the first place you go is where that trust might already be broken down a little bit, so taking advantage of voters who already feel a little bit disconnected from the system. Where that void exists, it’s easy to push voter depression content, voter suppression content and disinformation campaigns that further widen that gap.

A lot of the countering efforts are not necessarily about debunking information— they’re about restoring trust.

When Joe Biden became the presumptive Democratic nominee, there was messaging that suggested to people that the two candidates, Biden and President Trump, were the same, and there was no point in voting and you would be betraying yourself if you cast a vote for either candidate.

Boigon: Do you think voter suppression, voter depression and disinformation efforts are stronger now than they were in 2018 or 2016?

Craig: I think the volume is higher. There are more bad actors in the game, but I also think that they are more familiar with the technology. Our ability to detect them has improved as well.

Voters’ guide to election security in the 2020 presidential campaign

“This year may feature the most turnout ever, according to some projections, and combined with an expected surge in mailed ballots could mean that Americans don’t get a definitive result on election night.” Read more.

“In less than four years, members of the post-1995 generation, who supported both parties almost equally in 2016, became more than forty points likelier to identify as Republican.” Read more.

Trump had one last story to sell. The Wall Street Journal wouldn’t buy it.

“There is a big difference between WikiLeaks and establishment media coverage of WikiLeaks, a difference between a Trump tweet and an article about it, even between an opinion piece in The Wall Street Journal suggesting Joe Biden had done bad things, and a news article that didn’t reach that conclusion.” Read more.

The Forward’s coverage of the election and hate speech

We explored how Jewish groups are fundraising for Lindsey Graham’s South Carolina race, wrote about a Michigan Jewish Democrat being threatened over the phone and explained how the Forward switched ideological teams and endorsed FDR. 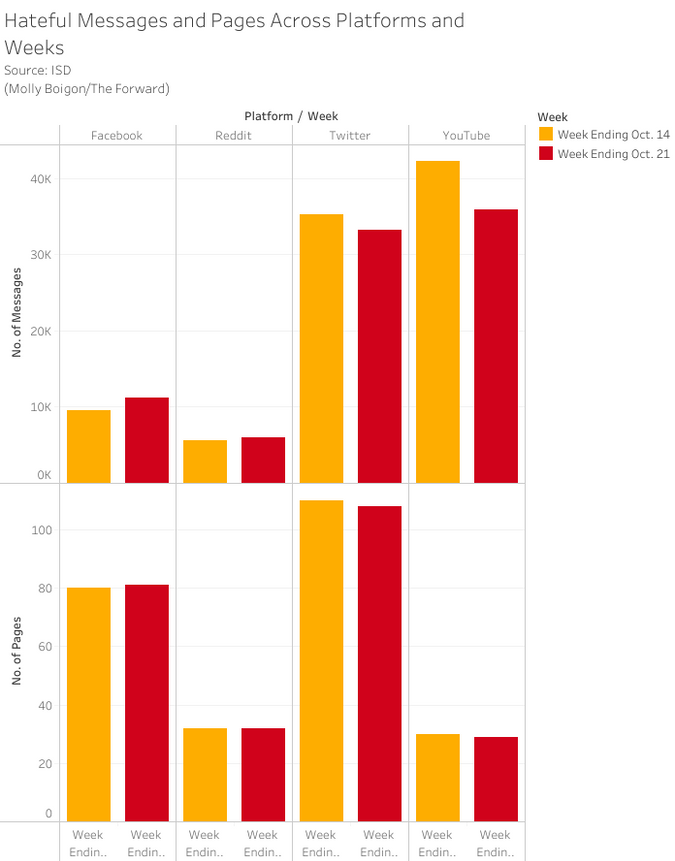 Correction, October 28, 2:57 p.m.: A previous version of this article misattributed a quotation to Voltaire that was actually said by white supremacist Kevin Alfred Strom.

‘Loxism’ is not the belief in lox