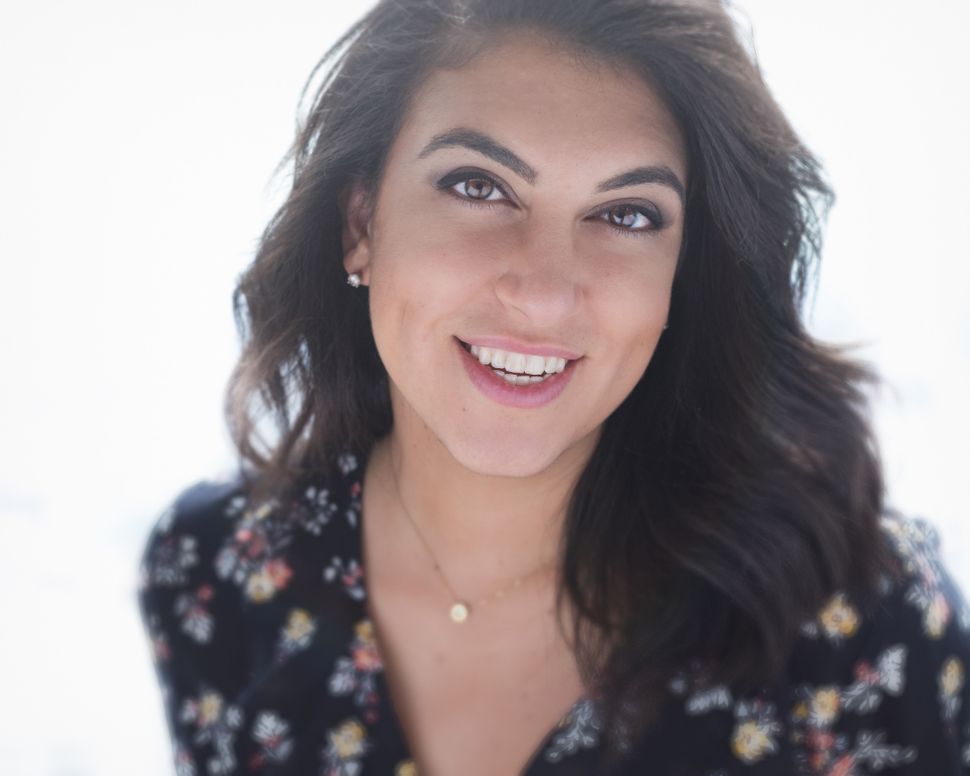 “It’s a difficult choice for many in our community, because people are conflicted over many issues that have come up concerning Israel, Iran, the handling of the coronavirus, the growing economy, social justice and the lack of a stabilizing force of leadership in the country right now,” said Joe Shooshani, a Beverly Hills City Public Works Commissioner who is supporting Biden.

Iranian Jewish activists said the current election cycle has without a doubt energized many local Iranian Jews who were previously apathetic about the political process in the U.S.

There is no poll or hard data on the voting preferences of L.A.’s estimated 45,000 Iranian Jews, But interviews and anecdotal evidence suggest most support Trump. 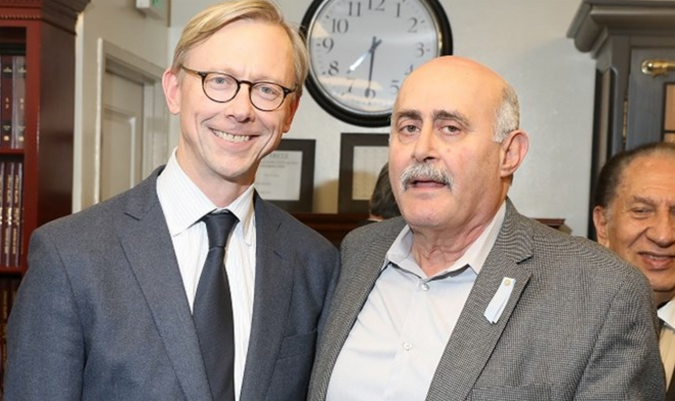 “I know many Iranian Jews who have been living here for 20 or 30 years and never voted before, but now they are very motivated to vote for Trump,” said Dara Abaei, who heads the Jewish Unity Network, an L.A.-based Iranian Jewish non-profit group. “I’m seeing our Orthodox rabbis who never discussed politics before, openly calling for people to support Trump because of what he’s done for Israel.” 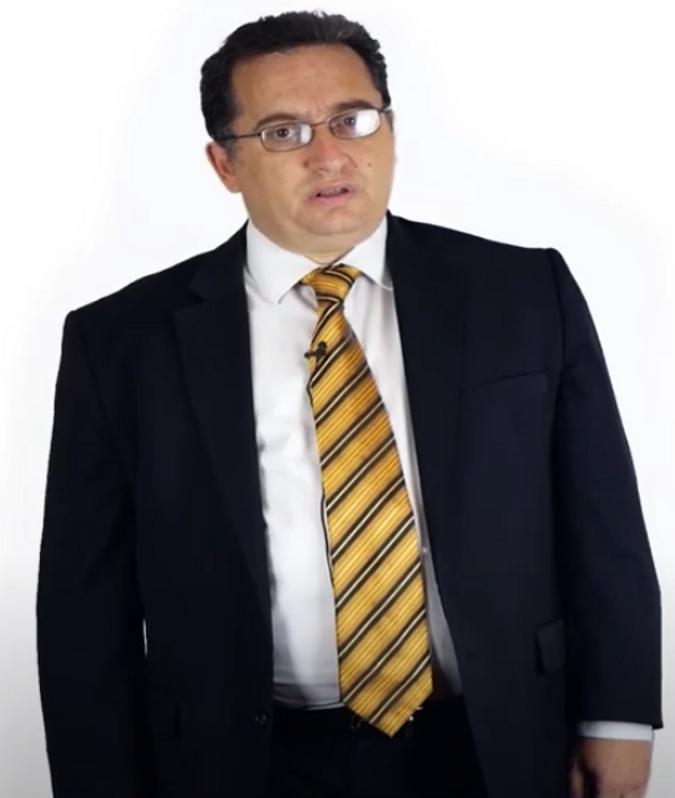 “Those of us who were born and raised in Iran and did taste the ignorance and hatred of Islamic fundamentalists, have no doubt that the only way to deal with hateful regime in Iran or other antisemites is through a tough stance and with power,” said Iranian Jewish activist George Haroonian. He is supporting the President’s re-election.

Haroonian said a large portion of the community’s older and more religious members support for President Trump has been because of his policies regarding Israel and the new Abraham Accord peace deals.

“For us, Israel is part of our life, it’s our source of pride and confidence,” said Haroonian. “When Israel is in danger, we are in danger. For our community, there are no doubt about the intentions of the enemies of Israel. Survival is not negotiable, and when one is in danger, one cannot delay what needs to be done.” 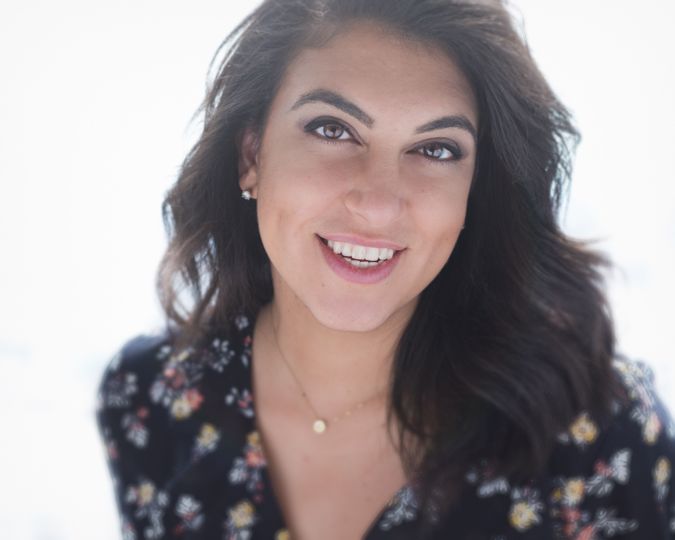 Likewise Haroonian said the heated political situation in America has substantially affected the topic of conversations and some relationships among Southern California’s tight-knit Iranian Jewish community during their weekly traditional Shabbat dinners.

“Instead of the gossip about who got engaged or who bought which property, the talk is about why vote for Trump or Republican candidates,” said Haroonian.

Other local Iranian Jewish activists said many in the community will be voting Republican in the upcoming election because they were upset with largely Democrat local government officials for failing to stop the destruction of businesses and properties during rioting in Los Angeles that took place this past summer.

“For the Iranian Jewish community, foreign policy is not the most important issue,” said Simon Etehad, a Trump supporter and former president of the Iranian Nessah Synagogue in Beverly Hills. “At this time, with the rioting and looting in the middle of Rodeo Drive, while the Democratic party is both fueling the fire and wanting to defund the police in our state and specifically in our cities, that is more of a concern — Hamas and Hezbollah are not front and center.”

Abaei said recent attacks on Jewish businesses in Los Angeles area and on synagogues during this summer’s riots as well as the high cost of living in the city have caused 40 to 50 Iranian Jewish families, he knows of to consider moving out of the state.

“Before, no one in our community would ever consider moving_but there are many professionals like doctors, lawyers and business people who don’t feel safe here anymore, taxes are very high, Jewish education for the kids is expensive, so there is serious talk of them moving to places like Houston or Dallas,” said Abaei.

Since the coronavirus prevented in-person events, the West Hollywood-based Iranian American Jewish Federation has hosted three different election-related events online in the last several months to educate the community about state propositions on the ballot, various political candidates and U.S. policies on Iran.

Meanwhile, Biden supporters in the local Iranian Jewish community may be in the minority, but they are far from negligible. One issue that concerns them is the rise of antisemitism from far-right groups in America that back the President. 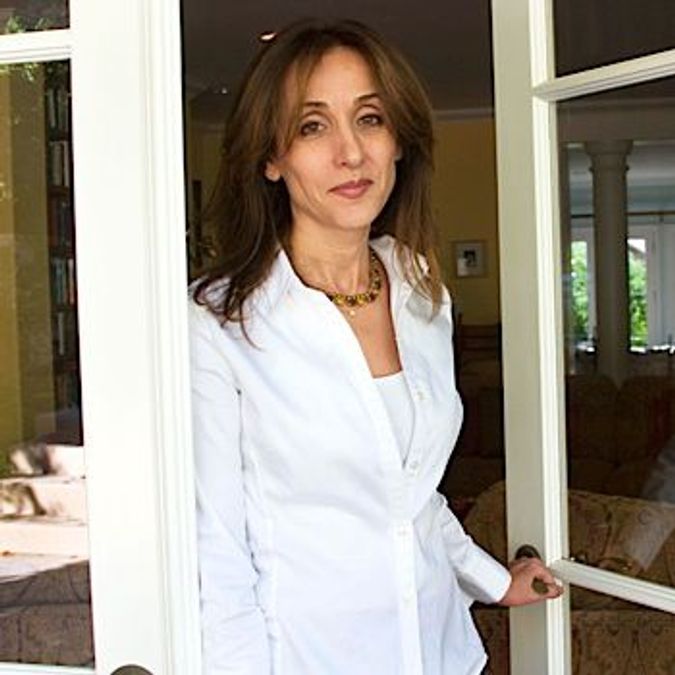 “What [Trump’s] supporters fail to recognize is that his leadership has emboldened, encouraged, brought into the mainstream and legitimized the very radical right, racist forces in this country whose platform is partly based on antisemitism,” said Gina Nahai, an Iranian-American Jewish author and Biden supporter. “These are Trump’s base and they won’t show Jews any more mercy than they show Blacks or Hispanics or any other minority group.”

The divide in the community is also generational. Many younger Iranian Jews in Los Angeles said they were supporting Biden because of their passion for social justice issues that they said have not been addressed by the current Trump administration.

“I’m proud to be a progressive Jewish activist,” said Rachel Sumekh, founder of the L.A.-based “Swipe Out Hunger” non-profit. “I’ve decided that it is my obligation as a proud Iranian American Jew to look at our country’s history and move us towards justice.”

“[We] are standing up for policies that reflect our Persian and Jewish values –– of being a good hamsayeh or neighbors to our Black neighbors who are unjustly targeted by our justice system. As proud Americans, we have both the right and obligation to speak up.”

Even though many local Iranian Jews may have differing political views, community leaders said they were optimistic their group’s historic close bonds will remain intact after the election.

“I am hopeful that, after this election, we will return our focus to what unites us as a community— not what divides us,” said Sam Yebri, who founded the L.A.-based 30 Years After Iranian Jewish non-profit group and recently announced his candidacy for a City Council seat “And we get down to the hard work of healing divisions and tackling the challenges of our city and country.”