An Israeli, a Palestinian and a Jordanian cross borders for the environment 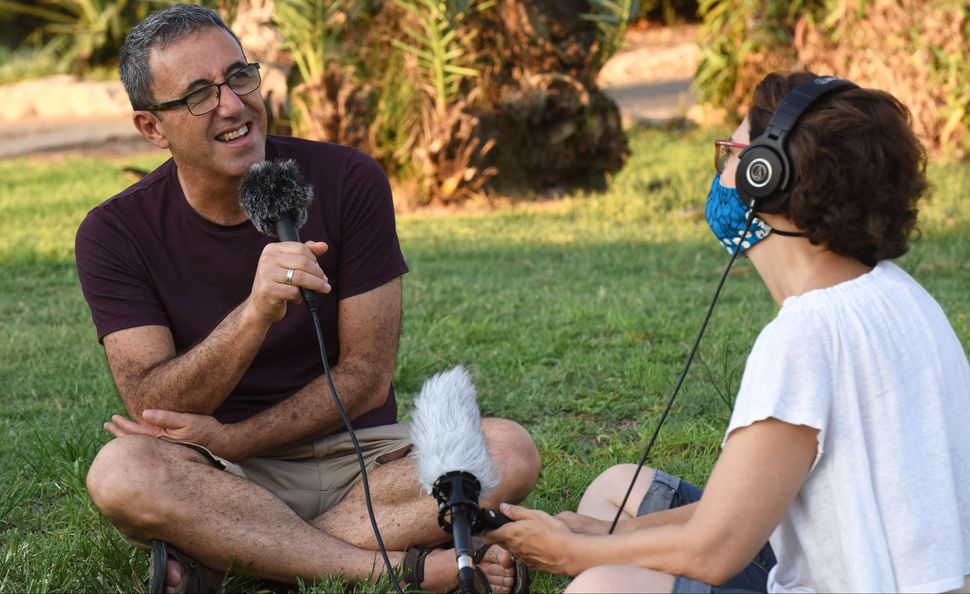 It’s late afternoon on a Tel Aviv beach, the beginnings of the “golden hour,” and Gidon Bromberg is looking out at the shimmering blue of the Mediterranean Sea. The 54-year-old environmentalist and founder of EcoPeace Middle East, Bromberg sees both the sweep of the Mediterranean’s beauty and the warning signs of the perils it faces from human negligence.

“To me, and to many Israelis, the Mediterranean is sort of the endless horizon,” Bromberg tells me. “You know, we’re a tiny country. And when I look to the Mediterranean, I see vast open spaces that sort of allow a breath of fresh air into my thinking. I think we’re so lucky to have this incredible beach and this incredible coastline. But we’re not necessarily taking the best care of it,” he adds.

EcoPeace Middle East is the only organization of its kind in the region. It’s led and staffed by Israelis, Palestinians and Jordanians. Bromberg heads the office in Tel Aviv, and his colleagues-turned-friends Nada Majdalani and Yana Abu Taleb, head the Ramallah and Amman offices respectively. 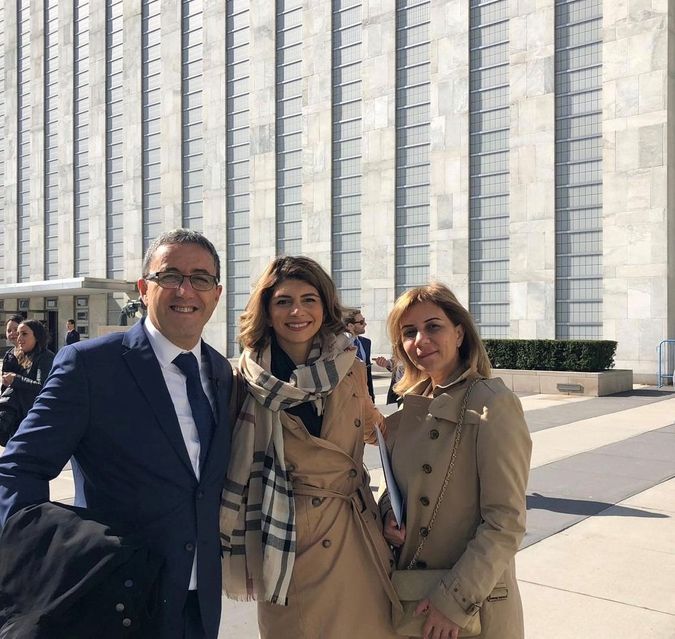 This trio believes coming together to combat the common threat of conflict and climate-induced water scarcity will not only protect their shared environment, but will help build trust and peace here.

Nature does not follow man’s borders, they like to point out. The same sky is above us and the same waters are around and between us. The fumes of a coal-fueled factory or energy plant on one side of a border blow over to those who live on the other side.

“We are building here an example,” said Majdalani.

35-years-old, Majdalani calls their enterprise something of a utopia. “We are able to operate this organization with its staff of sixty, working day to day together to set aside all the troubling news that surrounds us, all the stereotypes and really focusing on what matters to us most: building up a healthy shared environment and a sustainable future for all of us.”

Abu Taleb and Bromberg started working together in 2000. “He doesn’t give up,” Abu Taleb tells me. “He taught me to be so much more determined,” she said.

Together with Majdalani, they keep focused on a better life for everyone. “I see us, no matter what, regardless of all the challenges, all the setbacks, all that happens to us on a daily basis, as so much more empowered from working with both of them,” Majdalani affirmed.

Their days revolve around research, community education, and lobbying their governments and industries to make policies that help instead of harm nature. The trio is in daily contact with one another by phone, emails and WhatsApp. They are there for each other as colleagues, but also as friends, who know each other’s families. Bromberg has become a regular guest at Abu Taleb’s family dinners in Amman.

Before COVID-19 struck, the three colleagues would travel back and forth regularly for meetings with one another and conferences. Still, even now amidst the pandemic, the work continues. In keeping with their mission to work on “wins” for all sides, one of their current projects is a plan to help Jordan sell solar power to Israel. In exchange, the Palestinians would supply Jordan with desalinated seawater.

Since biblical times, the people of this parched region have competed over water, including the Jordan River. The lush Jordan Valley is a longtime focus for the environmentalists. Rich in flora and fauna, it’s also a key crossroad for some 500 million birds migrating between Africa and Europe each spring and fall.

A focus of EcoPeace Middle East’s work has been rehabilitating the Jordan River. Holy to many people, the river is a border area and a food basket for the region. There’s also a lot of poverty in its valley. And the river itself has dried up so badly that in some sections, it’s more of a stream than a river.

For years, EcoPeace Middle East has been educating school children on both sides of the Jordan River about their water supply and that of their neighbors. They are taught why the river is shrinking: pollution. For many of the students, this was the first time anyone had explained to them the impact of conflict on water. They started to ask the grownups around them: “Why is the Jordan River so polluted?” and “What can we do with the other side to clean up the river?”

As the Jordanian director, Abu Taleb spends as much time as she can in the field, especially in the Jordan Valley.

“I love taking part in all the activities that we do, and meeting the people and having conversations with them, that dialogue with them, because the most important part of our work is the dialogue,” she tells me.

She and Majdalani sometimes get pushback by those who see such interactions between Israelis and Palestinians “as normalizing” relations, which they say diminishes the severity of the Israeli-Palestinian conflict and what they see as the lopsided nature of its power dynamics.

“We try to explain that we are not here to support one thing or another or one ideology or another,” she says. “We are here to do what we can to prevent catastrophes from happening.”

But there is a personal price, too. “It’s energy draining,” she says. “And in many, many times, I feel like saying, ‘I give up.’ There are many nights with too little sleep, many days that have me in tears.” But there are even more days in which the work makes her stronger.

Dina Kraft is a journalist, editor and educator. Currently based in Tel Aviv she is a correspondent for the Christian Science Monitor.

An Israeli, a Palestinian and a Jordanian cross borders for the environment