The Branch | The Road to Healing 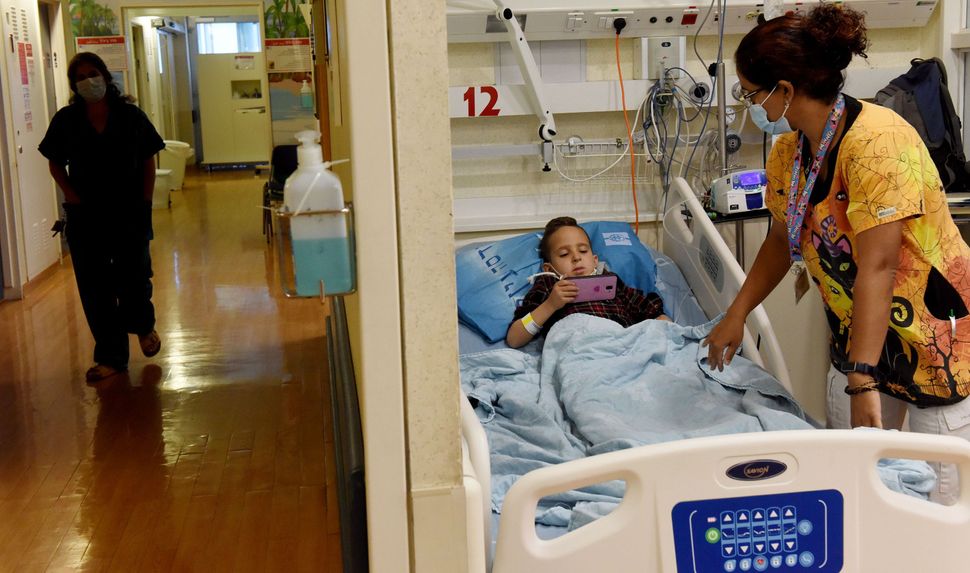 On a recent bright, blue-skies morning, just before 9 am, a red Volkswagen hatchback pulls up in front of Hadassah Hospital Ein Kerem in Jerusalem overlooking the hills of the Ein Kerem neighborhood. The car doors open and the driver, an Israeli woman, and her passengers, a Palestinian couple and their young son, emerge and exchange rushed goodbyes in a mixture of Arabic and Hebrew.

Mohammed, 39, the father, from the Palestinian town of Hebron, then hurries his five-year-old son Dia towards the hospital’s Pediatric Hematology-Oncology department. They are running late for what will be a long day of check-ups and, most crucially, a bone marrow biopsy that will tell them whether or not Dia’s cancer remains in remission.

Yael Moav, the Israeli woman who drove them that morning to the hospital from the checkpoint in Bethlehem looks on as the family disappears through the hospital’s doors. She knows how much is at stake in today’s appointment and feels the family’s anxiety and hope. 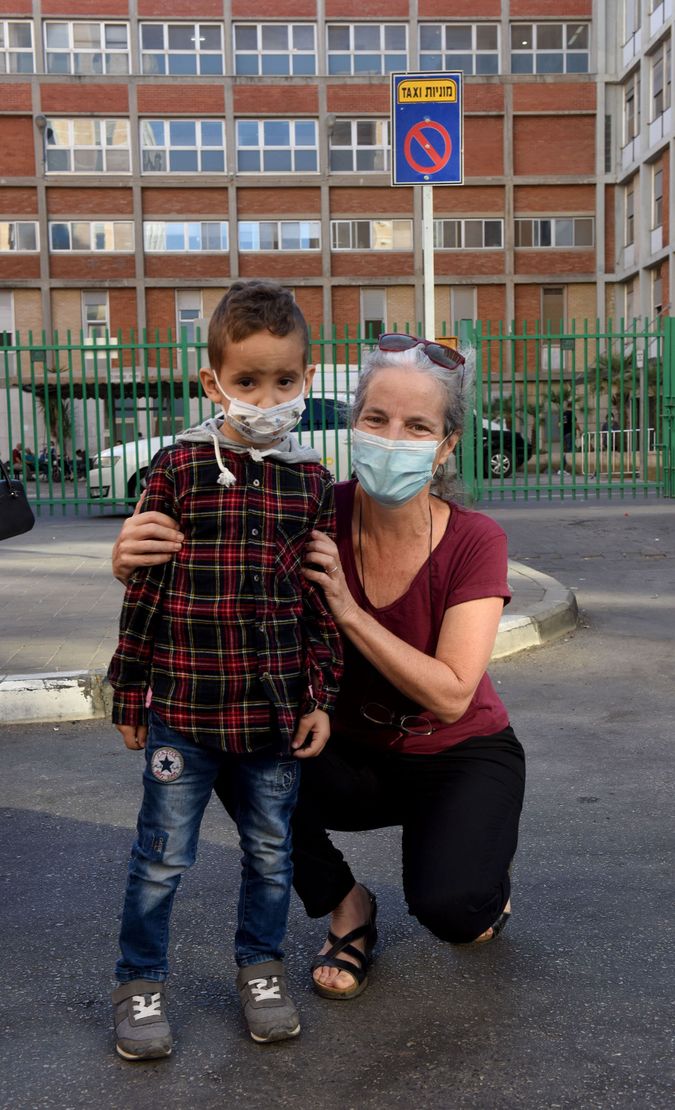 Yael has come to know them well, especially Mohammed, over the past three years, driving them to the hospital. She began driving them not long after Dia started coming to the hospital to receive treatment for neuroblastoma, cancer of the nervous system. Rides turned into visits with them at the hospital, visits to the zoo and even a trip to their home in Hebron.

For Yael, a 58-year-old tour guide from Jerusalem, these drives and this connection are part of her volunteer work for Humans without Borders, a group that provides rides and other logistical help to Palestinians whose children need high-level medical care in Israeli hospitals. Hadassah’s hospitals, in Ein Kerem and Mount Scopus, treat thousands of Palestinian children and adults each year, as do several other hospitals in Israel.

Yael, who wanted to be more active in Israeli-Palestinian reconciliation efforts, started volunteering there as a way to connect with Palestinians, her own personal attempt to break down the mistrust and hate she saw around her. It’s appealing, but dangerous, she said, when Israelis and Palestinians only know one another in caricature form.

“Because it makes life simple,” she told me. “‘They’re all terrorists. They have chosen to go to war, it’s their fault. We are the victims.’ That makes life easy,” Yael explained. “The minute you see a person… you really see them. It challenges you to look at things differently.”

For Mohammed, who works as a nurse and prefers only to be identified by his first name, the rides from the checkpoint in Bethlehem to the hospital started off as something of a lifeline. Before Yael and other volunteers drove them, the family was reliant on public transportation. That meant taking two buses whose circuitous routes made the trip to the hospital take two hours. And that’s after the journey from Hebron to Bethlehem and the wait at the checkpoint. By car, the drive is only 15 minutes from the checkpoint.

Palestinians are not permitted to drive their own cars inside Israel, per Israeli security regulations, so Mohammed parks the family car on the Palestinian side of the checkpoint. From there, without a ride to a hospital, families like theirs might take an Israeli taxi. But a taxi can cost anything from 80 to 400 shekels (that’s $23 to $110) each way, depending on where they are coming from and where they’re going. That’s a lot, especially considering the average wage in the West Bank is $25 a day.

During these rides, Yael and Mohammed struck up a friendship, exchanging news of their families, Dia’s health and their thoughts about the world in a mix of languages. They started off speaking mostly in English, but Yael started studying Arabic and now they speak in a mix of Arabic, some Hebrew and English. Yael practices her Arabic with Mohammed while he practices his Hebrew.

“A person like Yael, she’s wonderful. We have a very human connection,” said Mohammed.

While waiting for Dia’s biopsy procedure to begin, he chatted with nurses and other staff. He pointed out a nurse who had been with them since day one and the translator who has helped him secure permits for hospital visits.

“We know the entire team here,” he said. “They are fantastic, we work well together. We respect each other.”

Dina Kraft is a journalist, editor and educator. Currently based in Tel Aviv, she is a correspondent for the Christian Science Monitor.

The Branch | The Road to Healing