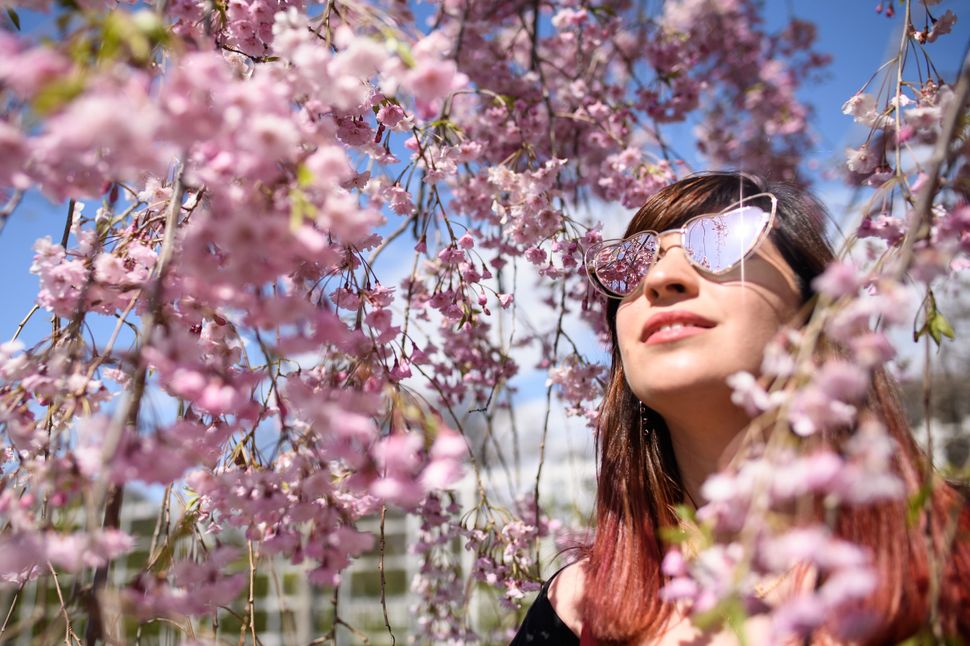 The blossom is reflected in visitor Ofer’s sunglasses, during the “Sakura Matsuri” (cherry blossom festival) at the Brooklyn Botanic Garden on April 29, 2018 in New York City. Now in it’s 37th year, the annual event celebrates contemporary and traditional Japanese culture among the blossoming cherry trees. Image by Leon Neal/Getty Images

Adrian Benepe, the president and CEO of the Brooklyn Botanic Garden, acknowledged during a Wednesday night virtual meeting with supporters that he was coming to them with an unusual request.

“We are really going against precedent,” he said. “I’m not aware of a single other cultural institution on city property that has ever taken as bold a step as this going in opposition to a proposed development project.”

He and other staff from the Botanic Garden, a 52-acre site in Crown Heights, were asking participants in the meeting to mobilize against a proposed change in zoning that would allow for a new 39-story development about 150 feet from the Garden.

The 960 Franklin Avenue rezoning and the subsequent development, according to the Garden, would plunge parts of the Garden’s nurseries, conservatories and greenhouses into up to four extra hours of shade per day, which the Garden said threatens the vitality of its desert plants, warm temperate plants, tropical plants, endangered orchids and bonsai trees that are hundreds of years old.

Impact of Shadows from Proposed Towers from Brooklyn Botanic Garden on Vimeo.

The “Fight for Sunlight,” as the Garden has dubbed it, is part of a larger war being waged in Brooklyn over real estate development and its costs for local residents — often with Jewish main players.

The 460-foot-tall buildings at 960 Franklin Avenue, the development by the Garden, and the related rezoning are being pursued by Ian Bruce Eichner, founder of the New York-based Continuum Company, LLC, and Joel Bergstein, the founder of the Lincoln Equities Group. Another developer, Cornell Realty’s Shifra Hager, plans to build smaller towers at 40 Crown Street and 931 Carroll Street, also in Crown Heights, complete with affordable housing units. Activists say that development could also cast harmful shadows on the Garden, although the institution itself is focusing on the 960 Franklin Avenue development.

(One of the prominent opponents of the development, Alicia Boyd, was accused of antisemitism in 2019 for labeling a map of real estate companies with Stars of David.)

The projects have pitted private interests against public ones, and have energized residents who saw the development of the neighborhoods Brooklyn Heights and Williamsburg and fear the invasion of tall, angular, glass-faced buildings — and similarly tall rent hikes — in this low-slung and decidedly matte neighborhood.

Lincoln Equities did not respond to multiple requests for comment. A spokesperson for Continuum said in an email that the firm “will be delighted to engage all shareholders of our community to discuss the need for significant union-built, union-financed, union-operated permanently affordable housing.”

“This project will have 40% of its affordable units for individuals and families making 50% AMI or below, in addition to finally providing desperately needed housing for working and middle-class families,” said Continuum spokesperson Allie Eichner in an email. (AMI stands for Area Median Income. The median income in South Crown Heights is $52,150.) “With the construction of 800+ units of targeted workforce and affordable housing, 960 Franklin represents an unprecedented opportunity to retain the city’s middle and working class by providing permanently affordable housing for individuals and families of all spectrums of income.”

But Elizabeth Reina-Longoria, the communications director for the Garden, said that the institution is “not against affordable housing.”

“It’s a false dichotomy to say it’s either/or,” she said.

Rowan Blaik, the director of living collections at the Garden, said at a March 2019 City Planning Commission hearing that more than half of the Garden’s collection would be gone in 10 years if the project’s shadows stifle growth as projected in the propagation facilities at the Garden.

Even the developers’ own environmental impact statement expressed concerns that the Garden might have to “get rid of the desert collection” and that changes to the Garden’s sunlight exposure “may alter the ability of the Garden to carry out its mission,” according to staff from the Garden, who obtained a copy of the assessment. 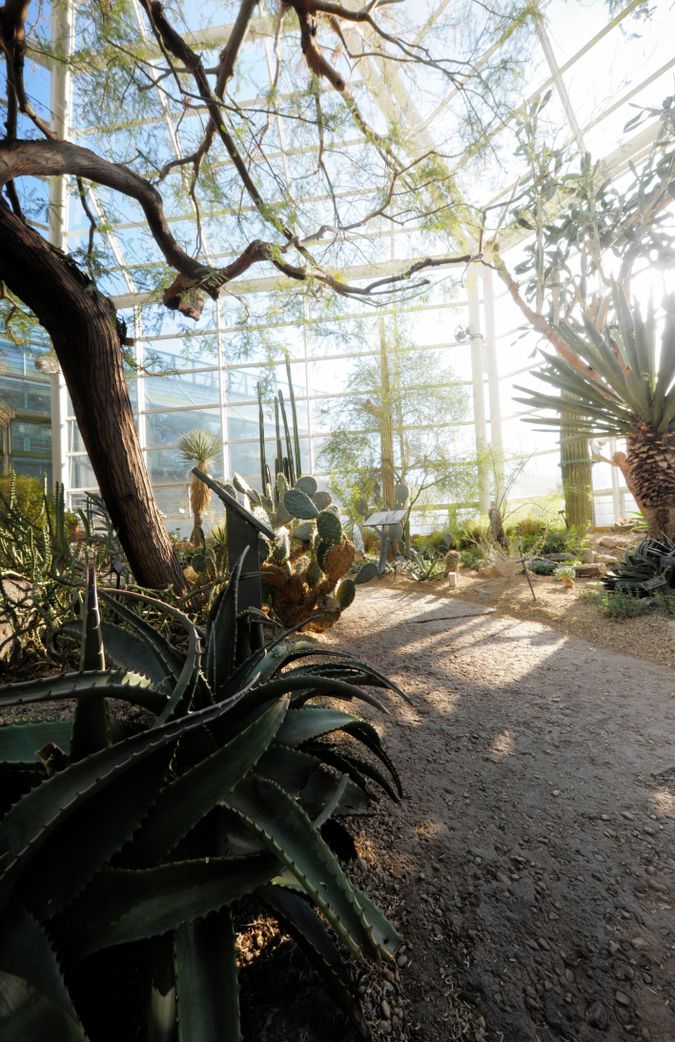 The developers are trying to change zoning that currently caps building heights at 75 feet at the site of the proposed 960 Franklin Avenue development, parameters that were established in 1991 to protect the sunlight that shines on the Garden.

They have submitted a project application to change the zoning that the Garden expects the Department of City Planning will certify sometime this month, said Reina-Longoria. That certification process begins a formal review that will snake through various approvals, including by Community Board 9, Brooklyn Borough President Eric Adams (who is running for mayor), the city council and the mayor.

This week’s meeting of supporters of the Garden was meant to prepare supporters to write letters to officials, especially the community board, in preparation for the future public meeting on the matter.

“Obviously proximity to the Garden and Prospect Park would be selling points” for the development, said Reina-Longoria. “But the ironic thing is that it would harm the very thing that people would want to live there for.”

Eichner, of Continuum, started in real estate in the 1970s with a rental property in Park Slope. He was responsible for the first high-rise building in Brooklyn Heights since landmark height legislation was passed in 1965, a Montague Street property built in 1998. In 2017, he settled for $6.5 million with the New York District Attorney over misleading claims to timeshare purchasers about their abilities to reserve rooms and resell shares. Earlier this year, a contractor who worked with Eichner on a Flatiron condo development sued the developer, saying Eichner did not pay his $14 million tab.

One Eichner development, a 44-story office tower in Times Square, was documented in the 1993 book “High Rise: How 1,000 Men and Women Worked Around the Clock for Five Years and Lost $200 Million Building a Skyscraper.”

While the Garden seems to be anomalous in recent history in its position as an institution on city land opposed to development, the Municipal Art Society of New York successfully sued in 2019 in State Supreme Court over the legality of an Upper West Side tower’s zoning lot.