After an online ‘onslaught’ over exhibit on racial justice, a Florida Holocaust museum vows not to back down 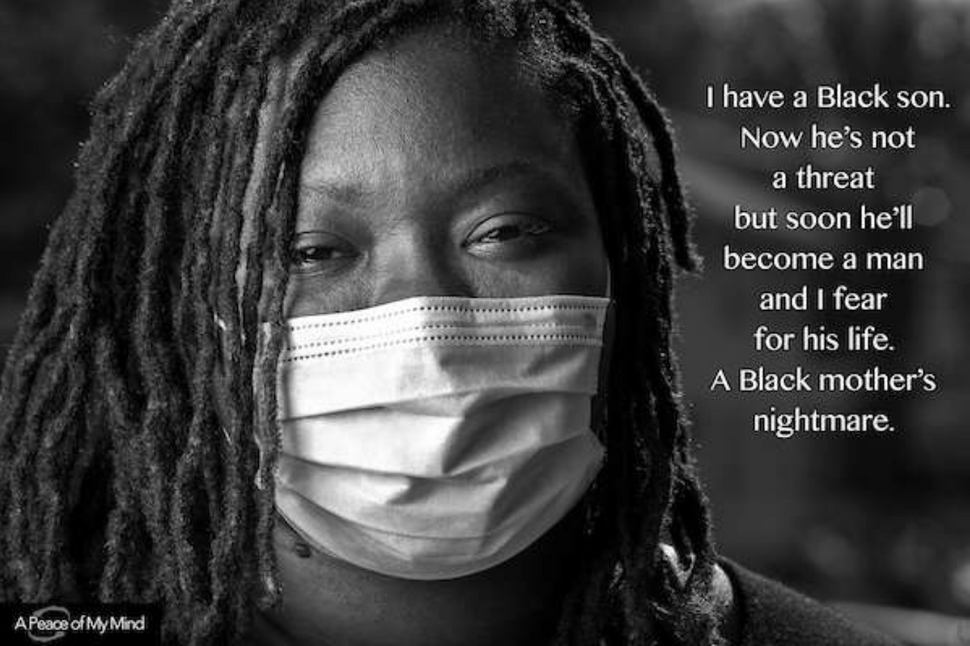 The bilingual exhibit, which runs through Jan. 31, consists of 45 large-format, black-and-white photo portraits. Chicago photographer John Noltner, a native of Minnesota, was inspired to take the shots in the aftermath of George Floyd’s killing at and around the site where he died in police custody in Minneapolis on May 25, 2020.

Noltner offered the temporary exhibit to the Center, which had a hole in its schedule. The exhibit, said the Center’s assistant director Lisa Bachman, was “right in line with our mission.” 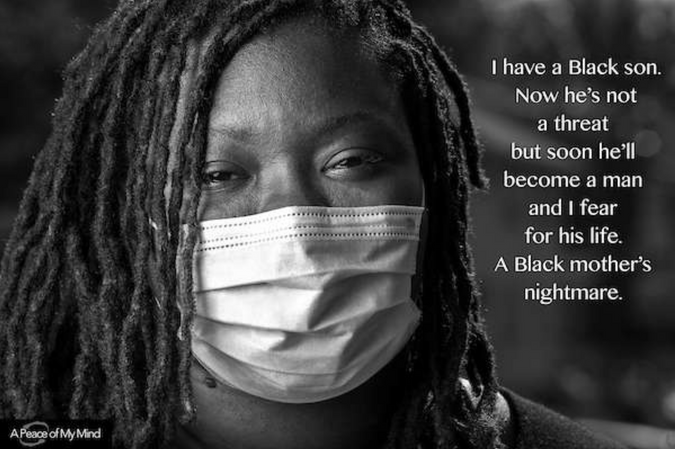 The photos are mounted on dark gray, carpeted walls lining two softly lit rooms. In each, the face of a single person fills the frame, along with a short text in the words of the multiracial subjects. In the second room, there is a slideshow of the photos, with additional text and softly playing music.

Many of the captions respond to prejudice, convey pain, hurt and fear, as well as some anger. One reads: “Let’s rebuild our community and stop looting our buildings. The message is not anarchy. The message is justice.”

Because of the pandemic, the Center, which is just outside Orlando, has been open only two days a week, so attendance has been light. On a recent afternoon, just a handful of visitors wandered through.

George Floyd is not pictured or mentioned except in a list of hashtags in the slideshow, nor are the circumstances of his death. But that did not keep local and national headline writers from dubbing it a “George Floyd Exhibit,” which – predictably – set off a small firestorm on Twitter:

“George Floyd is added to a Holocaust museum?,” tweeted Ezra Levant(@ezralevant), of the site Rebel News, on Nov. 22. “That trivializes and distorts the Holocaust and its six million Jewish victims. And it grotesquely implies that American police are Nazis.”

The right-wing website Breitbart called it “a tribute to Floyd” which attempts “a shocking parallel.” The Daily Caller said the exhibit was “dedicated” to Floyd. American Renaissancesaid the purpose of the exhibit was “to honor George Floyd.”

“To equate the Holocaust with other acts of racism in this country is a disgrace,” said Alex Grobman, co-author of Denying History: Who Says the Holocaust Never Happened and Why Do They Say It?

Linda Olmert, a former board member at Yad Vashem, told World Israel News that the Orlando exhibit, “is in fact nothing less than a false quest for universalism that criminally diminishes the intransigent uncompromising racism toward the Jewish people.”

The online reports — written by people who neither viewed the exhibit nor called Center staff for a response – provoked angry emails and messages left on the Center’s voicemail. All of which shocked Pam Kancher, the Center’s executive director.

“I was surprised by the onslaught,” she said in an interview at the Center. “We can take criticism,” which often comes whenever the Center highlights anything apart from the Shoah, she said. “But not the outpouring of hate and the vile comments this time.”

Why the web furor, apart from key errors in articles written without visiting or calling the Center?

“The outpouring of hate is so indicative of the division that we have in our country,” said Bachman, the Center’s assistant director.

For those conservative tweeters and sites with a larger agenda, it may be a reaction to the Black Lives Matter movement that was galvanized and energized by Floyd’s killing.

The Holocaust Memorial and Education Resource Center of Florida was founded by survivor Tess Wise, who “believed that the lessons of the Holocaust provided a lens through which we could understand contemporary social and human rights issues,” according to its website.

In the Center’s mission statement, Wise wrote that the Center’s objective was to “build a just and caring community free of anti-Semitism and all forms of prejudice and bigotry.”

Wise’s philosophy did not always align with those who believe that centers like hers “should only address the events of the Holocaust as they pertain to Jews and Jewish victims,” said Kancher. “Our mission has always been to use the history and the lessons of the Holocaust to build a just and caring community, free of anti-Semitism and all forms of prejudice and bigotry.”

In a subsequent blog post, [Bachman wrote] (https://blogs.timesofisrael.com/why-my-shoah-museum-has-exhibit-on-reaction-to-george-floyd-death/) in defense of the exhibit that “This is not a comparison of pain but a recognition of the pain that still, sadly, exists in our society and the need for respect and humanity, as well as productive dialogue around these complex issues.”

That defense resonated with museum supporters and Holocaust scholars.

“If the Holocaust only speaks to the evil done to the Jews, then its implications for the contemporary world, however significant, are limited,” wrote Professor Michael Berenbaum, the founding project director of the United States Holocaust Memorial Museum in Washington, D.C. “I applaud efforts to speak from the platform of a Holocaust museum against injustice in our society as this place in time. It takes a leap from reason to imagine that this responsible institution is calling our police Nazis or stormtroopers. Such statements trivialize the Holocaust and trivialize the problems we face in contemporary America.”

The controversy comes at a particularly delicate time for the Holocaust Center, whose award-winning schools curricula and lesson plans on the Holocaust, intolerance and prejudice are used throughout Florida and as far away as Poland. The Center also sponsors conferences, seminars, panels, and essay contests (full disclosure: I have been a judge for the essay contests).

Founded in 1986, the 7,000-square-foot Center recently partnered with the USC Shoah Foundation. It plans to move to a 40,000-square-foot location in downtown Orlando, on a site leased by the city for a dollar a year for 50 years. To date, donors have contributed an estimated $17 million toward the $50-$60 million projected cost. Construction is expected to begin in early 2022, with the goal of opening its doors in 2024.

How the controversy will affect fundraising is uncertain.

“I don’t know if it’s impacted or not,” said Kancher. “People who have formed an opinion without seeing it were not supporters of our Center to begin with.”

But she said the Center has no intention of backing down, or closing the exhibit.

“We are not just a memorial to the Holocaust. We mean ‘Never again’ for everybody.”

After an online ‘onslaught’ over exhibit on racial justice, a Florida Holocaust museum vows not to back down