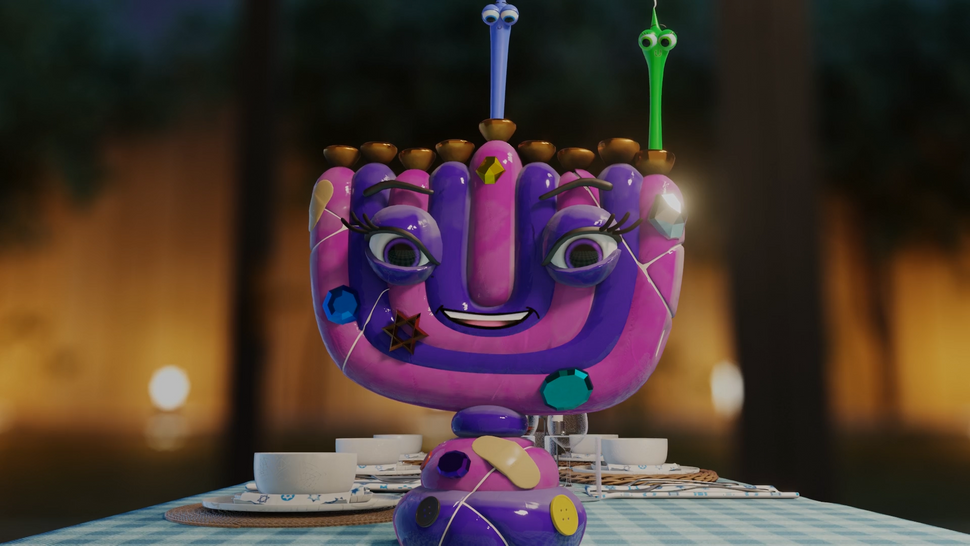 Los Angeles is getting a special gift for Hanukkah this year. Emmy-award winning actress Tiffany Haddish, along with Tom Kenny (“Spongebob Squarepants”), Mark Feuerstein (“Royal Pains”) and more, have brought to life a new Hanukkah-themed animated short, “The Broken Candle.”

The film follows a Hanukkah candle box (voiced by Eugenio Derbez) that comes with a damaged candle (voiced by Vanessa Marshall), and sends the message that even if something is a little broken, it can still bring light and spirit into the world.

Haddish, who discovered her Jewish ancestry later in life and was bat mitzvahed in Los Angeles in 2019, voices the encouraging and nurturing hanukkiah named Ella.

“It really is the story of Hanukkah: Even though the temple is defiled and a little broken in some ways, we can still find ways to bring light,” said Stephen Wise Temple Senior Rabbi, Yoshi Zweiback, who co-produced the film. “It’s a beautiful connection to the meaning of Hanukkah and a very universal message for every creature in the world.” 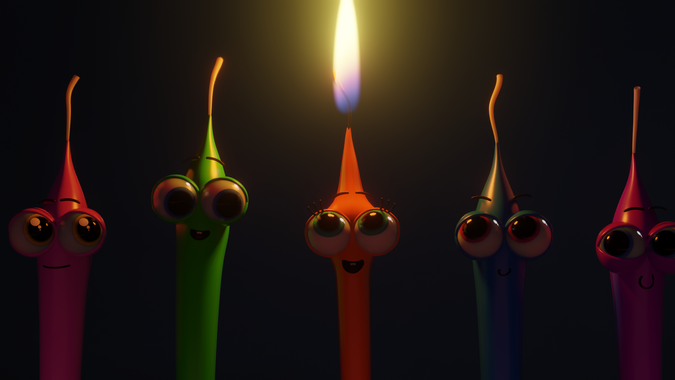 Nira, the broken candle, is lit for Hanukkah Image by The Broken Candle Image Library/ Courtesy of LIT

“The Broken Candle” comes courtesy of LIT— a socially-distanced, COVID-safe, drive-thru Hanukkah experience that premiered in Los Angeles the night before the holiday began, and has been extended to the end of the month.

Hosted by Stephen S. Wise Temple, LIT blends synchronized lighting displays, projection installations, and other immersive light exhibitions, all of which can be enjoyed from the comfort and safety of one’s car.

“It’s basically like the ‘It’s A Small World’ ride at Disneyland, but as a drive-thru,” said LIT’s creative director and Director of Lam Music and Media Center, Michael Lam. “There’s such a large Jewish community in Los Angeles— we should have something really big and fun for the festival of lights.” 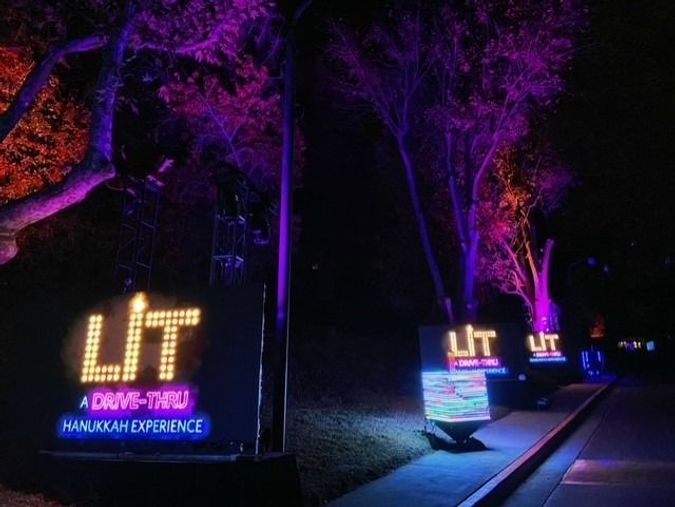 The experience is a 30-minute route that weaves through the Wise campus in the Bel Air neighborhood in Los Angeles.

Along the way, attendees encounter “The Tunnel of Light,” a 200-foot long immersive projection tunnel, “Dancing Dreidel,” a synchronized light show, and “Infinite” a drive-thru corridor with 50 custom-deigned infinity mirrors, among other installations.

“The Broken Candle,” which Lam wrote and co-produced with Zweiback and animation director Felix Kiner, is screened at a mini drive-in movie theatre that was built at the top of the Wise campus.

The entire experience is set to Hanukkah-themed music, which participants can listen to via FM radio. LIT’s playlist features a variety of singers and musical genres like choral remixes, reggae, and five original tracks Lam produced for the event.

“In designing every component to it, it was really all about some different exploration of light and different methods of delivery,” Lam said. “And the music is really meant to carry you through the visual experience and help tell the story.” 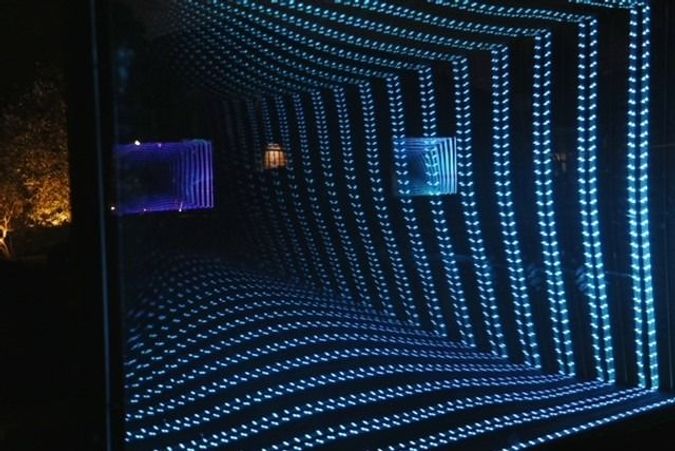 Lam was inspired to create LIT after seeing this year’s Halloween drive-thrus that complied with COVID-19 pandemic restrictions.

Lam pitched the idea of a Hanukkah drive-thru to Zweiback, and the two got to work. Everything from design, to lighting displays, to installation, was started and finished in the eight weeks leading up to Hanukkah.

“We really wanted to create a safe way for people to get out of their homes and celebrate, but emphasizing the safe part.” said Zweiback. “The highest Jewish value is Pikuach nefesh, saving another’s life, so the drive-thru experience was so perfect in that way. We can bring the light of Hanukkah into the world without endangering anyone.”

Stephen Wise congregants, friends, and Angelenos— Jewish and non-Jewish— have offered their praise. Both Lam and Zweiback say the responses have been heartwarming.

One attendee and friend of Lam’s shared his thoughts via Facebook: Zweiback says one of his favorite parts about LIT is seeing kids from Stephen Wise day school— many of whom he hasn’t seen in person in months since the pandemic started— waving to him from their car windows as he stands outside with his mask and flashlight.

“It’s amazing to watch the kids watch, especially to see their response to “The Broken Candle,” Zweiback said. “It’s just so delightful to see them smiling and laughing with joy, and for them to see such an uplifting Hanukkah story.”

For Lam, the goal of LIT was to create an inclusive celebration with a universal message, focused on a festival of light.

“The idea of a winter solstice festival is cross-cultural,” Lam said. “And while we have a Jewish bend on it, we really wanted to make it about sharing light with the world, and how we need to bring a little light into the world especially in the darkest time.”

LIT recently announced its extension through the end of December. For tickets and more information, visit https://lithanukkah.com/